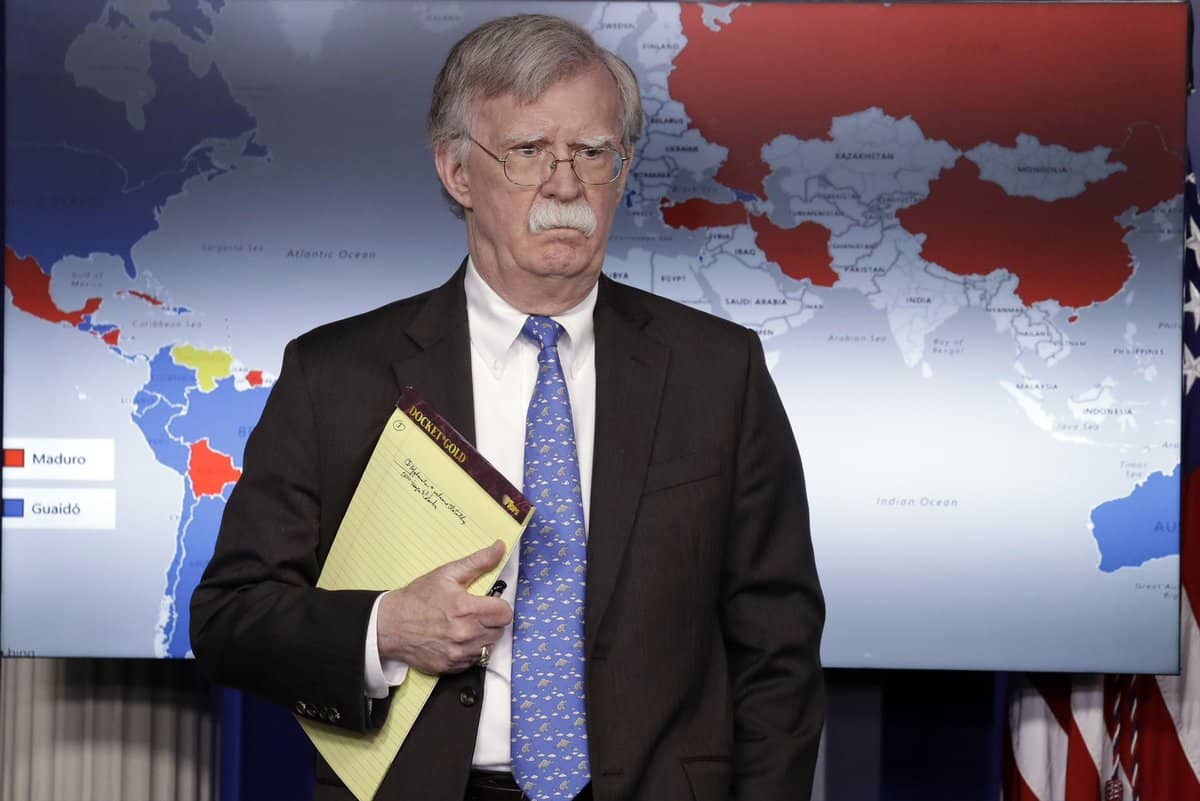 Neocon hothead and ethnic cleanser John Bolton has his diabolical eyes on Venezuela. Bolton has a history of grabbing his Zionist binoculars and starting to point fingers at countries that he thinks the United States needs to destroy.

Back in 2015, Bolton wrote an article in the New York Times explicitly declaring that in order “to stop Iran’s bomb,” the United States needed to “bomb Iran.”[1]

In order to make his diabolical case, Bolton had to produce categorical lies, such as the following: “Even absent palpable proof, like a nuclear test, Iran’s steady progress toward nuclear weapons has long been evident.”[2]

The simple fact is that even the intelligence community declared that Iran abandoned that plan long ago. In fact, the evidence that Iran was somehow building a nuclear program was non-existent. As scholarly documentation shows, this was clearly the invention of Israel.[3] 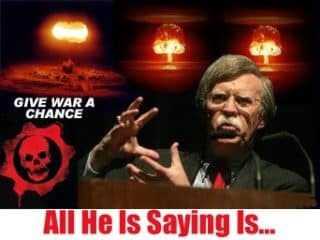 If we ought to give credit where credit is due, it was the Obama administration who finally made a reasonable deal with Iran.[4] Bolton tried to overturn that deal by saying that “President Obama’s approach on Iran has brought a bad situation to the brink of catastrophe.”[5]

Bolton wanted blood in Iran. He wanted mothers and fathers to mourn for their young ones. But he didn’t get blood. President Obama let Bolton dry. So Bolton had to move to a different territory. He wanted to attack North Korea, Syria, and now Venezuela.

Bolton has recently showed up a White House briefing with a yellow legal pad with the following inscription: “5,000 troops to Colombia.”[6] Well, who is going to pay for this, Mr. Bolton? You? Your children? You grandchildren? Or the average American and other decent people who are trying to feed their families? Didn’t you support the Iraq war, which sent a six-trillion dollar bill to the average American?[7]

You see, a Satanist is an apt description of who Bolton really is because he is not willing to submit his appetite and passion to reason and the political order. He wants to steal, kill, and destroy.

It has been reported that “1 million veterans injured from the fighting in Iraq and Afghanistan.”[8] And “Afghanistan and Iraq veterans are ‘the most damaged generation ever.’”[9] There is more:

“More than half of the 2.6 million Americans dispatched to fight the wars in Iraq and Afghanistan struggle with physical or mental health problems stemming from their service, feel disconnected from civilian life and believe the government is failing to meet the needs of this generation’s veterans.”[10]

We should Satanists like Bolton responsible for this. Americans have had enough of these people. Perhaps it is high time for people to rise up and say, “No, we ain’t gonna take it anymore.”