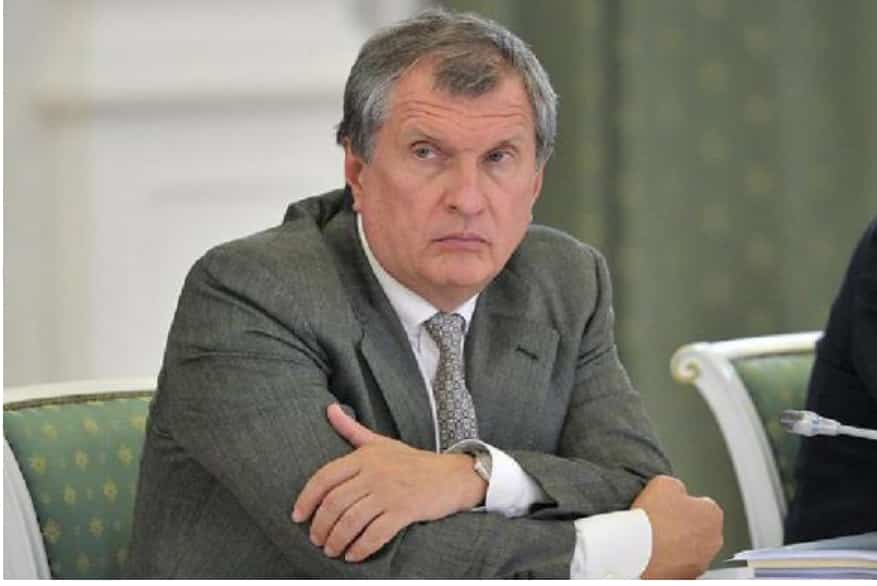 The fight for Nicolas Maduro and his regime is a fight for international law, which is constantly trampled upon by the United States and its allies. Its outcome will depend on the actions of the Rosneft company.

Chronicle of the coup

Pravda: After nobody known 35-year-old Juan Guaydo Wednesday shouted to the world: “I am the president,” and has been on Twitter voted Trump Evropoyuz put forward Nicolas Maduro ultimatum for a period of eight days, so that it has appointed a new “free elections,” the president .

On Sunday, Washington gave Guaydo control of Citgo bank accounts, subsidiaries of Venezuelan state-owned oil company PDVSA, and the opposition called for 2 protest marches on Wednesday and Saturday, after which Pope Francis said he was afraid of “bloodshed.”

On Monday, the US froze the PDVSA accounts in the US. This was announced at a briefing at the White House by US National Security Adviser John Bolton. He did this with a notebook in his hand, in which journalists saw the words: “5,000 soldiers in Colombia.”

Why did not they begin to look for an excuse for a coup?

In Venezuela, in two years, a dual power was formed, which allowed Washington to abandon the search for a reason for the coup. No need to shake with test tubes, as before an attack on Iraq or to seek the use of sarin, as in Syria, or, as in Ukraine – to arrange bloodshed with “oniitets”, given Maduro’s “nerves of steel” and the mood in the loyal police and army.

Now it remains only to make Maduro renounce power and voila – the pro-American government is ready to act. It seems that Maduro presented these risks, but preferred diarchy overclocking the legitimate parliament. But Boris Yeltsin in his time was not afraid and won the presidential form of government (unity of command) for Russia and outlined the “red line” for the West.

Maduro’s actions with regard to parliament are understandable, his loyalty to Guaydo is not clear. Instead of detaining the putschist and judging for violation of Article 233 of the Constitution * (talks about how the president can be removed from power) with expulsion to the USA, Maduro started dragging the rope with the “world community”, which could turn for him and Venezuela tragedy.

It is no secret that Venezuela is experiencing an economic crisis and is dependent on export earnings from the sale of oil. They are provided by 96% PDVSA. And, basically, “live dollars” come from a subsidiary of PDVSA – Citgo Petroleum Corporation, which sells Venezuelan oil in the United States. She has a number of refineries in Texas there that dilute heavy Venezuelan light oil and process it for fuel. As already mentioned, Washington transferred the accounts of this company to the management of Guaydo and froze the PDVSA accounts for $ 7 billion, and the transactions on the accounts for another 11 billion were suspended.

Finance Minister Stephen Mnuchin warned that the accounts of potential buyers of Venezuelan oil will also be blocked in the United States. It is still clear that Maduro did not prepare well for such serious sanctions, if he still did not return the gold from Venezuela from the Bank of England, as his Turkish colleague Recep Erdogan did, but who needs to learn from the plan, too.

Maduro has a chance to remain in power, which is provided by the loyal army, self-defense forces, control of the television tower, the capital ‘s control and livelihood systems,   popular support , and political allies: Russia, China, Iran, Turkey, Cuba, Bolivia, Uruguay and Mexico . We note that Washington on Thursday failed in a new attempt to get a resolution of the Organization of American States (OAS), which recognizes Guaydo and condemning the government of Maduro.

The main question is, can a legitimate president quickly stabilize oil sales?

Maduro has a main ally in the face of Igor Sechin

Exports to Russia and China are in debt. But 49.9% of Citgo’s shares were transferred as collateral to the Russian state-owned company Rosneft in exchange for a loan of $ 1.5 billion in 2016. If this property passes to the government of Guaydo, then Rosneft will have to sue the United States.

The US can also appoint another Citgo board, as the US courts will only ask: Which US government will be recognized as legitimate in Venezuela? “. But Rosneft, we hope, will also object here in court. It is also possible that today Citgo already has accounts not only in the US and not only in dollars. If Vladimir Putin and Xi Jinping prepared for Washington’s sanctions in Venezuela’s oil industry (where they have big interests), the United States will have only one chance to remove Maduro — to use those 5,000 soldiers in Colombia and cause Venezuela and civil buildings war th.

However, what is the end of such interventions, we see in the example of Afghanistan, after 18 years of “democratization” the United States is leaving there , leaving the imprisoned government at the mercy of the Taliban.

* Article 233 of the Venezuelan Constitution states that the president ceases his authority if his “absolute absence” is confirmed: death, resignation or dismissal by decision of the Supreme Court. If there is his “permanent physical or mental disability, confirmed by a medical commission appointed by the Supreme Court and with the approval of the National Assembly, as well as his personal resignation from office, announced by parliament, as well as in the case of a mass withdrawal of his mandate (referendum)”

Read on: Venezuela: it was necessary to suppress a coup yesterday

Russia can not intervene in the crisis in Venezuela – expert