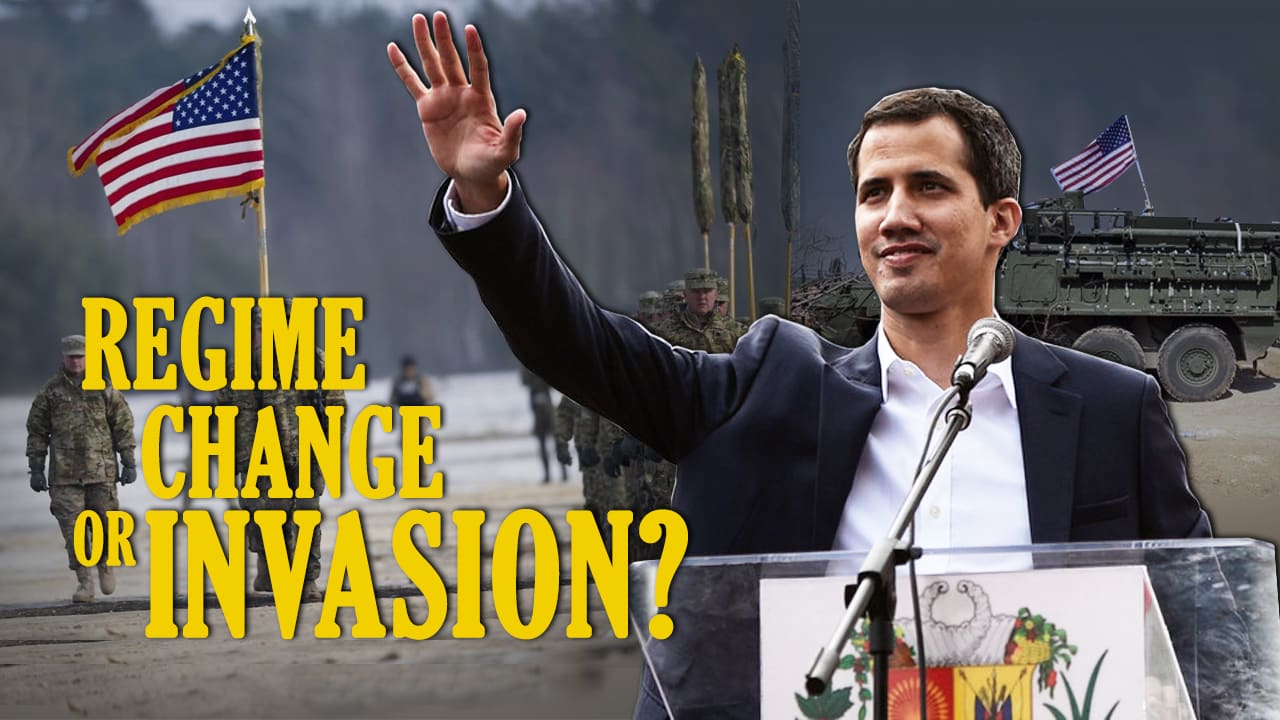 Venezuela has the dubious fortune of being located on the continent of South America, which the United States has treated under the so-called “Monroe Doctrine” as its exclusive zone of political, economic, and military influence. In practical terms it meant that whenever a Latin American government pursued a policy at odds with Washington’s preferences, it would be subjected to measures ranging from economic sanctions to outright military invasion.

Latin America became one of the many battlefields of the Cold War when several countries sought to leave the US shadow and align themselves with USSR. The US retaliation was harsh, and included the support for the brutal military coup in Chile, training of “death squads” in Honduras and El Salvador, support for the so-called Contras in Nicaragua, not to mention the Bay of Pigs invasion and the Cuban Missile Crisis. Once the Cold War was over, however, a relative peace settled over the region, with Cuba remaining the only hold-out against US power. Even the coming to power of soft Marxist “pink wave” governments in Venezuela and Bolivia did not seem to overly ruffle Washington’s feathers. But the current escalation of the US campaign against Venezuela suggests a revival of US activism in the region.

One might as well cut to the chase and state the obvious: Venezuela is not only a member of OPEC, it is also a country with the world’s largest known oil reserves dwarfing those even of Saudi Arabia. It is no coincidence that pretty much every country that has been on the US “hit list” in the last decade or so—Libya, Syria, Iran, Iraq, Russia, Venezuela—is a major producer of hydrocarbons. Given that the global economy is utterly dependent on steady provision of hydrocarbons, US political control over these countries means a stranglehold over major industrial competitors to the United States, namely the EU and China. It also creates US jobs, once US oil companies establish control over the country’s oil fields. At the very least, should the effort to place the country under indirect US control fail, plunging it into chaos removes a competitor to struggling domestic US oil producers.

The timing of the US escalation closely follows the visit by Russian Tu-160 strategic bombers to Venezuela during which the possibility of creating a Russian military base in the country was discussed by some media outlets. Given that Russia has by now established through the Syrian example that once Russian troops arrive in a country they are unlikely to leave no matter how great the US pressure, Washington may have decided to step up the pressure in the hopes of not only Russia but it’s other major competitor, China, from establishing themselves more firmly in the country. Russia’s Rosneft already has considerable presence in the Venezuela, assisting it with the development of its oil potential, and China has also made a number of investments in the country, though its economic footprint remains modest. Moreover, the US aggression against Venezuela sends a signal to the nearby Nicaragua, also a country facing increasing US political pressure, against pursuing a project of building a canal linking the Atlantic and Pacific oceans with China’s support.

Thus far US actions consisted of economic sanctions and apparent coordination of coup attempts to be carried out by elements within Venezuela’s military and security forces. It is still difficult to make out what the Trump Administration’s recognition of Juan Guaido, the President of the National Assembly of Venezuela, as the country’s “interim president” was supposed to represent. Even by the standards of Trump’s current foreign policy team of Pompeo and Bolton, “recognition” of a claimant to supreme executive office who does not actually occupy said office is unprecedented. Not even in the case of Syria, where the US has been far more directly involved in attempting to overthrown its legitimate government, was any opposition leader “recognized” as the official representative of the country itself. Therefore one may conclude Guaido’s “recognition” was supposed to follow the military coup which Guaido probably promised and Washington clearly expected. It is also difficult to say whether Guaido overestimated the degree of his support within the military or outright lied to his American sponsors. Either way, the US intelligence community has once again failed at providing an accurate assessment of the situation within a country, as Venezuela’s military rallied around President Maduro.

United States has thus painted itself into a corner. Guaido’s recognition, which was moreover coordinated with the bulk of Latin America’s countries and with the European Union (which likewise points to a wider though failed conspiracy to overthrow Venezuela’s government) cannot very well be walked back. Maduro’s continued presidency has now become a challenge to US power at least as great as Assad’s. One can therefore expect stepped up US efforts to overthrow Venezuela’s government, though it remains to be seen how far the US is willing to go. An outright US military invasion appears unlikely at the moment. The most recent such effort has been in Panama during the George H.W. Bush administration, a far smaller and easier to control country. There is no evidence of US intelligence services training Venezuelan expats in the manner of the “Bay of Pigs” invasion force or the Nicaraguan contras. However, Venezuela is bordered by two countries ruled by far-right politicians closely allied to the United States, Brazil and Colombia. In the wake of the failed US invasions of Afghanistan and Iraq and with the US military retooling itself for great power confrontations, the US modus operandi in the past several years has been to use proxy armies. These may take the form of non-state actors funded and armed by US intelligence agencies or of friendly states, as in the case of Saudi Arabia’s invasion of Yemen. One could readily imagine the Yemen model used against Venezuela, but this time with a “Brazil-led” coalition doing Washington’s dirty work.

Last but not least, one must consider the possibility of Venezuela being treated as a bargaining chip in some sort of negotiation with Russia and/or China in the delineation of the great powers’ spheres of influence. This would mark a de-facto return to the policy of compensations wherein the balance of power is preserved by major powers ceding parts of their empires to others in exchange for gains elsewhere. Thus, for example, Washington could approach Moscow and  offer a “Venezuela for Syria” or even “Venezuela for Ukraine” bargain. While not out of the realm of possibility, it remains a difficult course of action to imagine for two reasons. The first is that there is little awareness of the limits of US power in Washington itself. The expectation is still of powering through any opposition. The second is that even if the offer were made, it would probably not be accepted in Moscow. Apart from the cost to Russia’s international image, the US at this point has very low credibility and trustworthiness.