Since Venezuela’s opposition leader Juan Guaido declared himself president on January 23, it has become obvious to all intelligent onlookers that this “people-power color revolution” is not directed by Trump at all but rather by what has been exposed as the trans-national “Deep State”.

When we look behind the layers of false narratives obscuring the true motives behind this operation, we should not be surprised to find the ugly picture of an insecure empire trying desperately to break apart the new coalition of Russia-China-American partnership now in danger of overthrowing the script for global dictatorship that has been building up for decades. 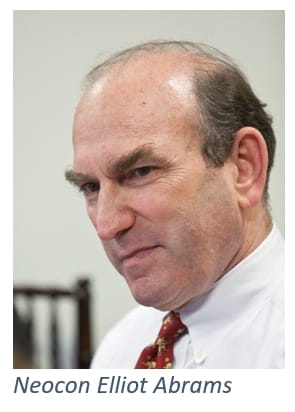 ongoing coup from the American side of things, an overlooked force driving this scheme is not to be found in America itself, but rather Britain, or more specifically, British-run operations in Canada. Two of the most active players in this operation who we will showcase below are Canada’s Foreign Minister Chrystia Freeland and her Oxford cohort Ben Rowswell. Rowswell is not only the former Ambassador to Venezuela but current President of the Canadian International Council (aka: the Round Table Movement of Canada[1]).

The Role of Chrystia Freeland

After completely crippling Russian relations with Canada for over six years, Foreign Minister Chrystia Freeland, a close friend of George Soros, has been at the forefront of every attempt to preserve the structures of the failing British Empire, including playing a guiding role behind the regime change “direct democracy” movement now tearing apart Venezuela. 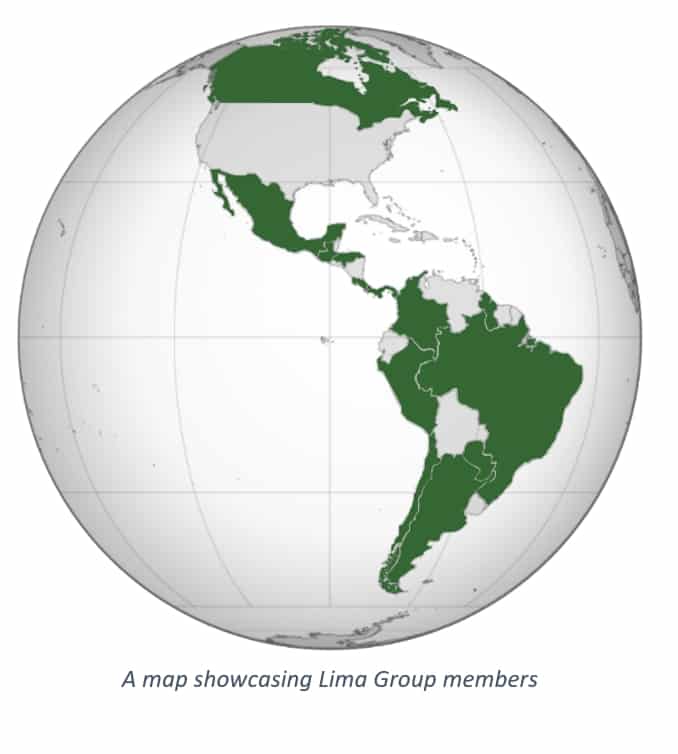 In a January 24 Global News article entitled Canada played key role in secret talks against Venezuela’s Maduro, an unnamed Canadian Government official described Freeland’s role in the coup: “Playing a key role behind the scenes was Lima Group member Canada, whose Foreign Minister Chrystia Freeland spoke to Guaido the night before Maduro’s swearing-in ceremony to offer her government’s support should he confront the socialist leader”.

The group was set up entirely to legitimize the regime change movement of Venezuela. Not only did Freeland speak with Guaido two weeks before he declared himself president, giving him the green light to begin the operations stating that Canada would support all actions he takes against Victor Maduro, but she will be presiding over Lima Group’s next anti-Maduro meeting in Ottawa on February 4.

In a Globe and Mail editorial of January 27, Ben Rowswell described Canada’s surprising role as leading member of the Lima Group in the following terms “That our country stands so prominently among these comes as a surprise to many Canadians. It is the product of 18 months of effort over which the Trudeau government has carved out a uniquely Canadian approach to democracy promotion.” Rowswell then laid out the three principles of the “uniquely Canadian approach to democracy promotion” as a combination of:

1) The premise that sovereignty stems from the people, 2) That direct action to overthrow a government must come from the people, and 3) International support is vital for a “democratic” regime change.

While Freeland’s guiding hand behind the 2017 creation of the Lima Group satisfied “principle 3” (and “principle 1” is a somewhat meaningless truism when it comes from an ideological social engineer), “principle 2” remained the most difficult during the years of failed western coups against socialist governments in Venezuela.

Unifying the highly scattered and disorganized forces needed to unseat a president has always been the biggest challenge for the Deep State. In the case of Ukraine and Syria the use of Nazis and ISIS terrorists were vital recipes for success, but the absence of similar forces in Venezuela posed a major problem which Ben Rowswell himself was assigned to manage in 2014.

A few words about Rowswell

Prior to becoming Ambassador to Venezuela (2014-2017), Oxford-trained Rowswell worked for the U.S. National Democratic Institute (a branch of the National Endowment of Democracy) in Iraq, served as Deputy Head of Mission in Afghanistan (2009-2010) and in 2011 was visiting scholar at Stanford University’s New Center on Democracy, which was then headed by regime-change expert Michael McFaul (who spent his failed tenure as Obama’s Ambassador to Russia where his sole job was to promote a “white revolution” from the American embassy). McFaul and Rowswell are outspoken disciples of “internet-tech driven direct democracy” modes of unseating “bad” governments.

Rowswell himself described his greatest achievement as Canadian Ambassador to Venezuela as having united opposition forces and having advancing “direct democracy” through social media tech and embassy events.

“We became one of the most vocal embassies in speaking out on human rights issues and encouraging Venezuelans to speak out” said Rowswell in an Ottawa Citizen interview in September 2017. When he left his post on July 27, 2017 he tweeted “I don’t think they (anti-Maduro forces) have anything to worry about because Minister Freeland has Venezuela way at the top of her priority list”.

Obviously, Rowswell never learned that Ambassadors exist to enhance relationships between countries, not to promote the overthrow of the nation hosting them. Wishing to spread his perverse notion of the purpose of “ambassadors”, Rowswell stated in a 2017 interview that “there are many people that could be effective Canadian ambassadors abroad. But not many people that had enough exposure to technology and human rights activism in the field that could combine those two and could create some dramatic new outcomes in global affairs.”

The British Empire on the Verge of Collapse

The question remains: Why such emphasis on Venezuela at this moment in history? 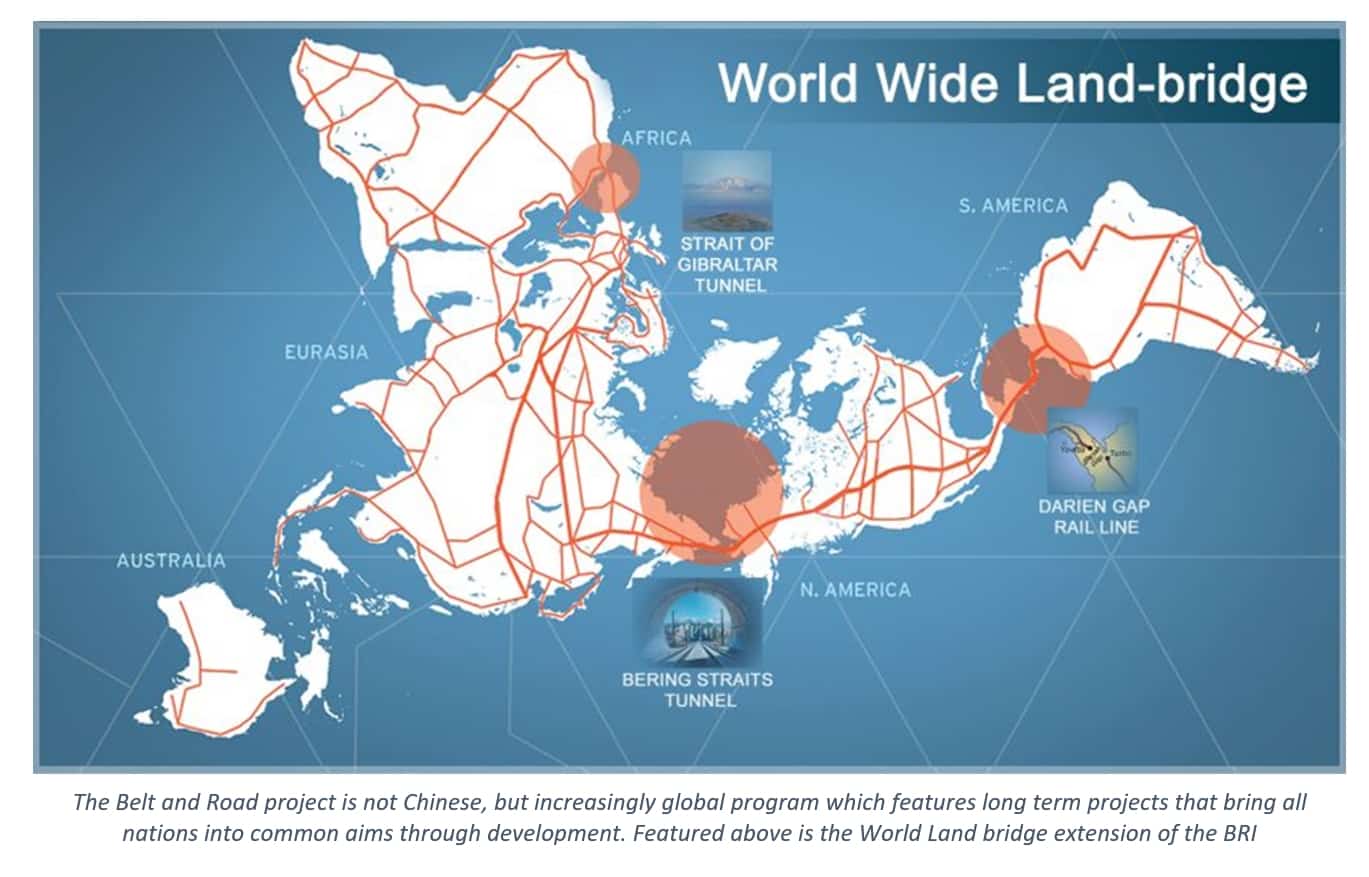 Much can be said about issues of corruption, regime change policies, deep state intrigue and colour revolutions, but all this is mere trivia which does little more than satisfy a useless lust for information.

The reality is that we are living in history, and history is no longer being shaped by the British script which ushered in the post-nation state “New World Order” praised by the likes of Sirs George H.W. Bush or Henry Kissinger decades ago. This new force of history is being shaped by the higher nationalist
aspirations led by Russia and China who, along with other nations, have created a bond of survival centered on mutual growth, long term infrastructure investment and scientific research.

New institutions needed to fund and provide stable credit for projects like the Belt and Road Initiative have been created since 2013, institutions such as the Asian Infrastructure Investment Bank, the New Silk Road Fund, the BRICS Bank and more.

The behavior of these credit mechanisms stand in direct opposition to the short-term monetarist rules plaguing the western financial system. Ironically, these new mechanisms bear a great similarity to the traditional American system of political economy represented by Lincoln’s Greenbacks which tie the value of money to the REAL economy rather than Adam Smith’s “invisible hand”.

A major focus of Belt and Road Investments from Chinese and Russians alike has been Latin America and the Caribbean, and since the 2016 victory of American nationalist forces in led by Donald Trump, a serious potential for a U.S.-China-Russia alliance of sovereign nation states has arisen for the first time since World War II This reality keeps British oligarchs (and their slavish lackies) up at night feeling more and more like they are living through the horrifying self-destruction of Edgar Allan Poe’s Roderick Usher[3]. 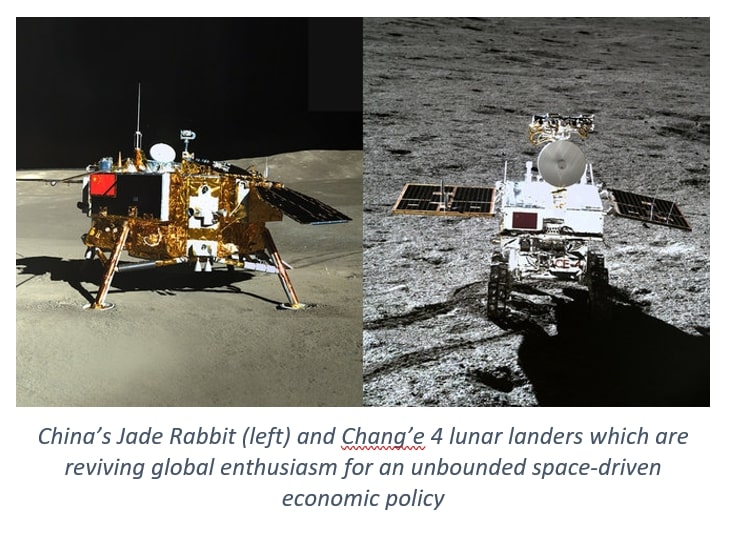 Already, forces representing the genuine self-interests of the United States have begun overturning Obama’s 2011 banning of cooperation on Space science with China as we have seen with NASA’s collaboration with the Chang’e 4 landing on the far side of the moon and former NASA administrator Charles Bolden’s call for a new age of space research and exploration with Russia and China. Donald Trump’s impassioned call for a Moon-Mars mission by the end of his second term is well known, as is his recognition that the Belt and Road Initiative is the way to the future.

This is the new paradigm as outlined by the Schiller Institute for decades. Seething with infantile rage, the British Empire has little left in its arsenal except to try with all of their might to burn the earth rather than lose their power. Fortunately for humanity, the arsonists have lost many of their matches.

[1] The Round Table Movement launched with funds from the Rhodes Trust was created in 1902 to advance the doctrine of a new British Empire advocated by Cecil Rhodes. Simultaneously created was a scholarship fund to indoctrinate generations of technocrats in the halls of Oxford.

[3] Poe’s story The Fall of the House of Usher (1839) should be read in full and understood as a psychological study of the oligarchical personality type represented by the pitiful aristocrat Roderick Usher. The story ends: “From that chamber, and from that mansion, I fled aghast. The storm was still abroad in all its wrath as I found myself crossing the old causeway. Suddenly there shot along the path a wild light, and I turned to see whence a gleam so unusual could have issued; for the vast house and its shadows were alone behind me. The radiance was that of the full, setting, and blood-red moon which now shone vividly through that once barely-discernible fissure of which I have before spoken as extending from the roof of the building, in a zig-zag direction, to the base. While I gazed, this fissure rapidly widened –there came a fierce breath of the whirlwind –the entire orb of the satellite burst at once upon my sight –my brain reeled as I saw the mighty walls rushing asunder –there was a long tumultuous shouting sound like the voice of a thousand waters –and the deep and dank tarn at my feet closed sullenly and silently over the fragments of the “HOUSE OF USHER.”