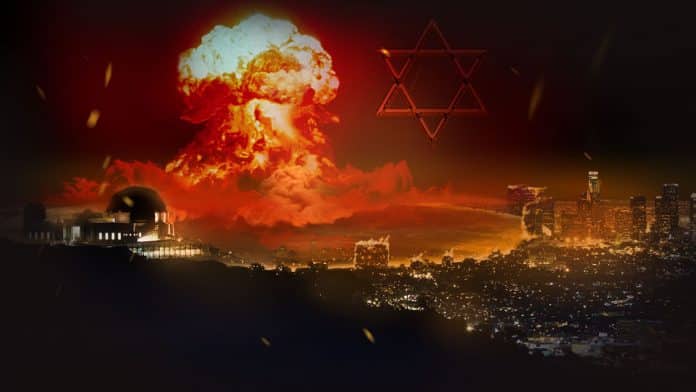 2018 could be considered a pivotal year for the Middle East. The region has been devastated for almost a hundred years by constant conflicts and wars. This has been an intentional devastation to divide the region into smaller weaker states, and to spread chaos and sectarian and religious military conflicts among the local Arab inhabitants in order to carry out the Zionist Project (Greater Israel), to be a global center for the Judaic-perceived world government.

Yet, after eight years of terrorist wars against Syria, three years of wars against Yemen, and the expenditure of trillions of Dollars, the end results came contrary to what the Judaic elite had planned. The Syrian regime affirmed itself, and its armed forces became stronger and more battlefield hardened. The Saudi led war campaign against Yemen has failed.

The Houthi regime is still standing strong in Yemen and has lately gained international recognition through Stockholm’s summit. The western (US, UK & France) influence in the region has been increasingly dwindling while Russian and particularly Iranian influence are steadily increasing. American Dollar is losing value in global trade and is being gradually replaced by local money and by goods bartering system.

Palestinian cause has returned more prominently to the global theatre, the two state solution was pronounced untenable and Palestinian resistance has intensified. Israel has become weaker and more isolated globally while its government is in disarray, chaos and division.

Syria suffered eight years of terrorist wars, through which close to one million citizens were murdered, almost two millions became homeless and two other millions were driven out of the country. Many cities, especially industrial centers, were destroyed and factories were looted and sold in Turkey. Syrian oil was also looted and oil tankers lined up all the way to Turkish border.

Yet 2018 could be considered the victory year for Syria and its Allies. The Syrian army liberated many Syrian cities and areas during the year; Eastern Ghouta in March and April, Al-Hajar al-Aswad and Yarmouk Camp in May, Ar-Rastan then Daraa and control over Syrian/Jordanian border driving terrorists towards Idlib in June, Quneitra in July, Tulul al-Safa east of As-Suwayda in November, and finally entering Manbij in December preventing any possible Turkish military hostility against the north.

Fed up with frequent Israeli air strikes against Syrian positions Syrian forces fired  on December 25th an SA-5 missile into Israel hitting Mt. Carmel in the city of Haifa. The missile was followed by a threat that similar missiles would target central Israel if Israeli air strikes continue. Acquiring Russian S-400 missile system by Syria has also formed a deterrent against these Israeli air strikes. Israeli fighter planes do not dare enter Syrian skies any more, and any raid is perpetrated now from Lebanese skies.

On the diplomatic arena the Syrian ambassador to the UN; Bashar Jaafari, was very successful in exposing the roles played by the International Terrorist Supporting Alliance that included the types of weapons they provided to the terrorist groups including chemical weapons, and the fake news and false flag attacks by the terrorist White Helmet group.

The Syrian government was also busy with political process such as May Astana #9 and July Astana #10 summits. The Sochi Conference had witnessed a Turkish turn-around when Turkey, Iran and Russia had agreed to work together to fight the remnants of terrorist groups in Syria. 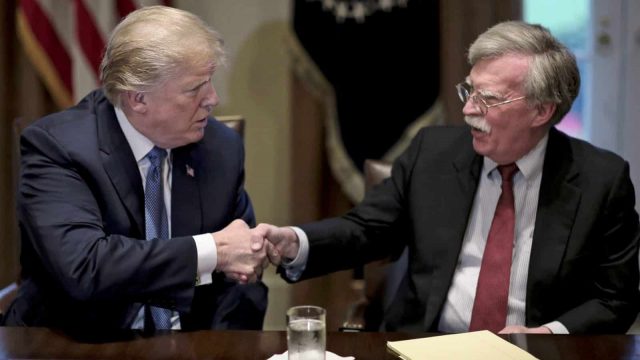 On December 19th American president Trump declared victory against ISIS and announced plans to withdraw US forces from Syria abandoning the Kurds, who seem to be forging an alliance with Syrian forces. Not just the Kurds, but also other Arab countries are attempting to re-normalize their relationships with Assad’s regime. Sudanese president Omar al-Bashir was the first Arab president to visit Syria.

Mauritanian president Mohamed Abdel Aziz is reported to follow suit. United Arab Emirates (UAE) reopened its embassy in Damascus on December 27th after 7 years closure. Following suit, Bahrain’s embassy that was closed in 2011 announced that it will continue its normal work in Syria. Iraq seems to build some type of alliance with Syria and Iran.

The world seems to again accept Assad’s legitimacy. Syrian refugees are returning back to their own cities and with the help of Syrian regime are rebuilding their country better and stronger than before. Neighboring Arab countries are sending their emissaries to Damascus in reconciliation attempts and to re-establish political and economic relations with Damascus. There is a strong inclination to bring Syria back to the Arab League. 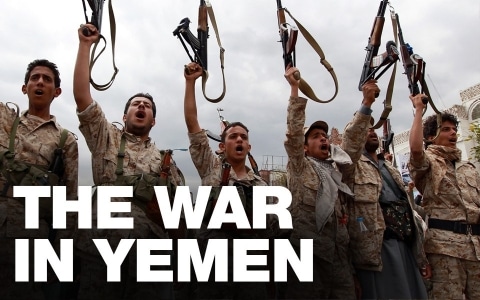 The real goal of the war against Yemen is to give Israel a free naval passage through the Red Sea. This would be a pre-requisite for the adoption of what is known as the Two Seas Canal, also called Red Sea-Dead Sea Water Conveyance. The alleged purpose of this water conveyance is to save the Dead Sea from evaporation. The real covert goal is to build a Red Sea-Dead Sea-Mediterranean Sea canal to circumvent the Suez Canal and to bring revenue to Israel.

Tiran and Sanafir Islands control the northern entrance to the Red Sea from the Gulf of Aqaba. Bab al-Mandab Strait controls the southern entrance to the Red Sea. Tiran and Sanafir Islands are Egyptian territory. Egyptian president; al-Sisi (a Jew born to a Jewish Israeli mother) is planning to cede control of these two Islands to Saudi Arabia, whose virtual ruler Mohammad Bin Salman (MBS) is cozying with Israel. Bab al-Mandab Strait is controlled by the pro-Palestinian anti-Israeli Houthi Yemen. The Saudi/Emirati war against Yemen aims to change this fact.

The four years’ war against Yemen perpetrated by Saudi/Emirati coalition, supported militarily and logistically by the US and Israel had caused the worst humanitarian crisis. The Saudi air bombardments had destroyed military, civilian, industrial, farming and even international (such as Doctors without Borders) targets. Its naval siege had prevented any humanitarian aid to the starving and sick people.

The Legal Center for Rights and Development reported that among the 10,000 civilians killed throughout the four years, 4377 victims including 1300 children were killed this year. The Saudi air raid had destroyed 130 government buildings, 71 communication stations, 530 water reservoirs, 787 highways and bridges, 5 airports and 7 seaports. Among other destroyed targets were transportation vehicles, commercial centers, domestic animal farms, factories, gas stations, fishing boats and food storage warehouses.

The air raids and artillery had also destroyed 21,748 civilian homes, 2416 agricultural farms, 112 schools, 12 universities, 46 hospitals, 274 mosques, and 10 media centers among many others. It is estimated that at least 16 million Yemeni are now on the verge of starvation and under disease epidemics.

Due to Yemen’s history of fierce resistance to all imperial powers, this war meant to wipe out most of the population. For this reason Saudi Arabia and UAE had spent billions of dollars on arms purchase. Saudi Arabia is considered the largest arms importer in the world in 2017, followed by UAE according to Financial Times . Saudi Arabia is America’s No. 1 arms buyer ($110 billion in 2018).