This Saudi led genocidal war against Yemen was kept away from the international public by the Judaic-controlled main media outlets. Yet after the gruesome butchering murder of The Washington Post reporter Jamal Khashoggi in the Saudi embassy in Turkey hill broke loose, and the crimes of the Saudi regime in Yemen was globally exposed.

These crimes were globally condemned and many voices were raised demanding to halt arms sales to Saudi Arabia. While Germany had halted its arms sales to Saudi Arabia, UK and US are still discussing it. US decided to stop fueling Saudi fighter planes in the air. The UN was forced to interfere and to negotiate peace talks in Stockholm, Sweden, between representatives from both warring parties giving international political recognition and legitimacy to the Houthi regime. Bab al-Mandab Strait is still under Houthi control. 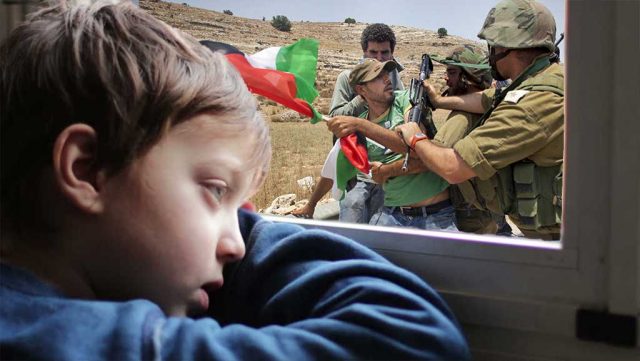 The Zionist Greater Israel Project is the direct cause of all the wars in the Middle East. The plight of the Palestinians under the ruthless occupation of the terrorist state of Israel was overshadowed during the last eight years by the terrorist war in Syria and the Saudi war in Yemen.

Israel took advantage of the situation to intensify its suppression of Palestinians, to usurp more Palestinian land and to build more colonies. Instead of protecting its Palestinian citizens, Abbas’ Security Forces cooperated with Israeli army in persecuting Palestinian political activists.

Political division and rivalry among Palestinians – Abbas’ Fatah in Ramallah vs Palestinian factions in Gaza; Hamas and Islamic Jihad – had made the situation worse. Abbas decided to punish his Gaza rivals by forced retirements of employees, cutting wages and economic aid.

Israel thought it was time to implement its next step; dubbed the deal of the century. This deal is based on three major components; Israeli/American, Israeli/Arabic (Saudi), and Israeli/Palestinian. Within the first component president Trump paid his Zionist debt to millionaires Sheldon Adelson and his Jewish Israeli citizen wife; Miriam, who financed his election campaign, by declaring al-Quds (Jerusalem) as the capital of Israel and moving the American embassy there. 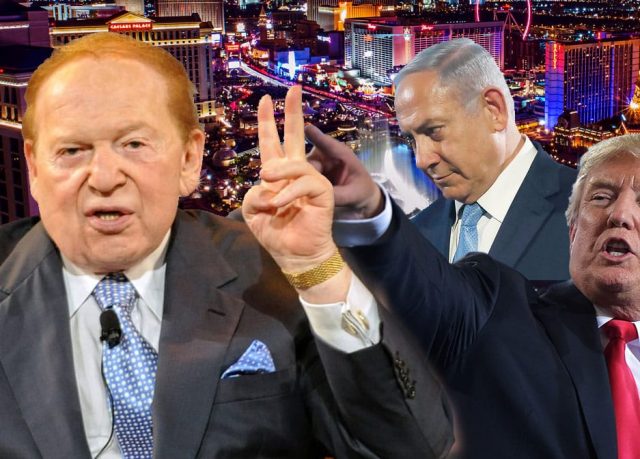 MBS plays the role of the Arab Saudi agent, who was able with some American pressure to persuade some Arab Gulf state; Bahrain, UAE and Oman, to start normalizing relations with Israel under the justification of fighting a common enemy; Iran. MBS was also supposed to use financial pressure on and/or financial reward to the third component; Palestinian president Mahmoud Abbas to sign on the deal. Abbas/Fatah; the third component, could not openly sign such a deal. It would be considered a suicide.

These tactics backfired and brought the Palestinian cause back to the international theater. Palestinians responded with demonstrations both in Gaza and in the West Bank. On March 30th Gaza Palestinians started the Great March of Return; peacefully marching towards fence separating Gaza from occupied Palestine demanding the implementation of UN resolution 194 giving Palestinian refugees the right to return to their homes illegally occupied by Israel in 1948.

This march is still going strong every Friday since end of March. Israeli army met these marchers with tear gas and exploding live bullets. By the end of the year Israeli soldiers had killed 218 Palestinians including 72 children, 7 women, 2 reporters and 3 medics, and wounded 25,000, of whom 130 lost limbs, 29 lost eyes and 25 became totally paralyzed. Yet, with amputated limbs and with the aid of sticks and crutches Palestinian victims still join the march every Friday.

They camp on land Israel wants to usurp to build colonies (e.g. Dayr Dibwan and Um Al-Safa), they arrange sit-ins and build human shields around Palestinian prisoners’ homes to stop their demolition by Israeli army, and rebuild the homes that were destroyed Naser abu Humaid’s home that was destroyed four times).

Despite security cooperation between Abbas’ security forces and the Israeli army, incidents of armed resistance against Israeli soldiers in the West Bank became frequent. Besides the usual stone throwing there were also 347 Molotov cocktails attacks, 74 planting of improvised explosive devices, and 51 shooting that caused the death of 13 Israeli soldiers and the injury of 216 others.

Palestinian factions in the Gaza Strip were able to build more effective rockets that form a deterrent against Israeli attacks as witnessed in last Israeli botched military operation in Gaza last November 12th when the Palestinians used a Kornet missile to destroy an Israeli military bus. Israel sent its fighter planes and helicopters to save its soldiers.

Palestinians responded with 460 rockets that struck neighboring Israeli colonies scaring colonizers into bomb shelters. Unprepared for a battle Israel ran to Egypt to broker a seize fire. The incident caused a crises in the Israeli government that led to the resignation of Israeli Minister of Defense; Avigdor Lieberman. Israel then, resorted to the UN in an attempt to condemn Hamas, but even with the backing of US ambassador; Nikki Haley, had failed miserably.

Similar to 1933 anti-German boycott and to the 1965 anti-Apartheid boycott of South Africa the BDS (Boycott, Divest and Sanction) campaign against Israeli economy and academia has accomplished many victories in 2018.

HSBC (Hongkong and Shanghai Banking Corporation); the 7th largest bank in the world, has confirmed that it has completely divested from Israeli weapons manufacturer Elbit Systems after receiving 24,000 emails and had 40 of its branches across UK picketed monthly by pro-Palestinian activists. Quakers UK church boycotted companies profiting from occupation of Palestine.

ADIDAS sporting goods and AIRBNB had also joined the BDS. After 20 years of training with the terrorist Israeli police the Vermont State Police and the Northampton Police Department in Massachusetts cancelled their planned training trip to Israel for a training program in solidarity with Palestinians.