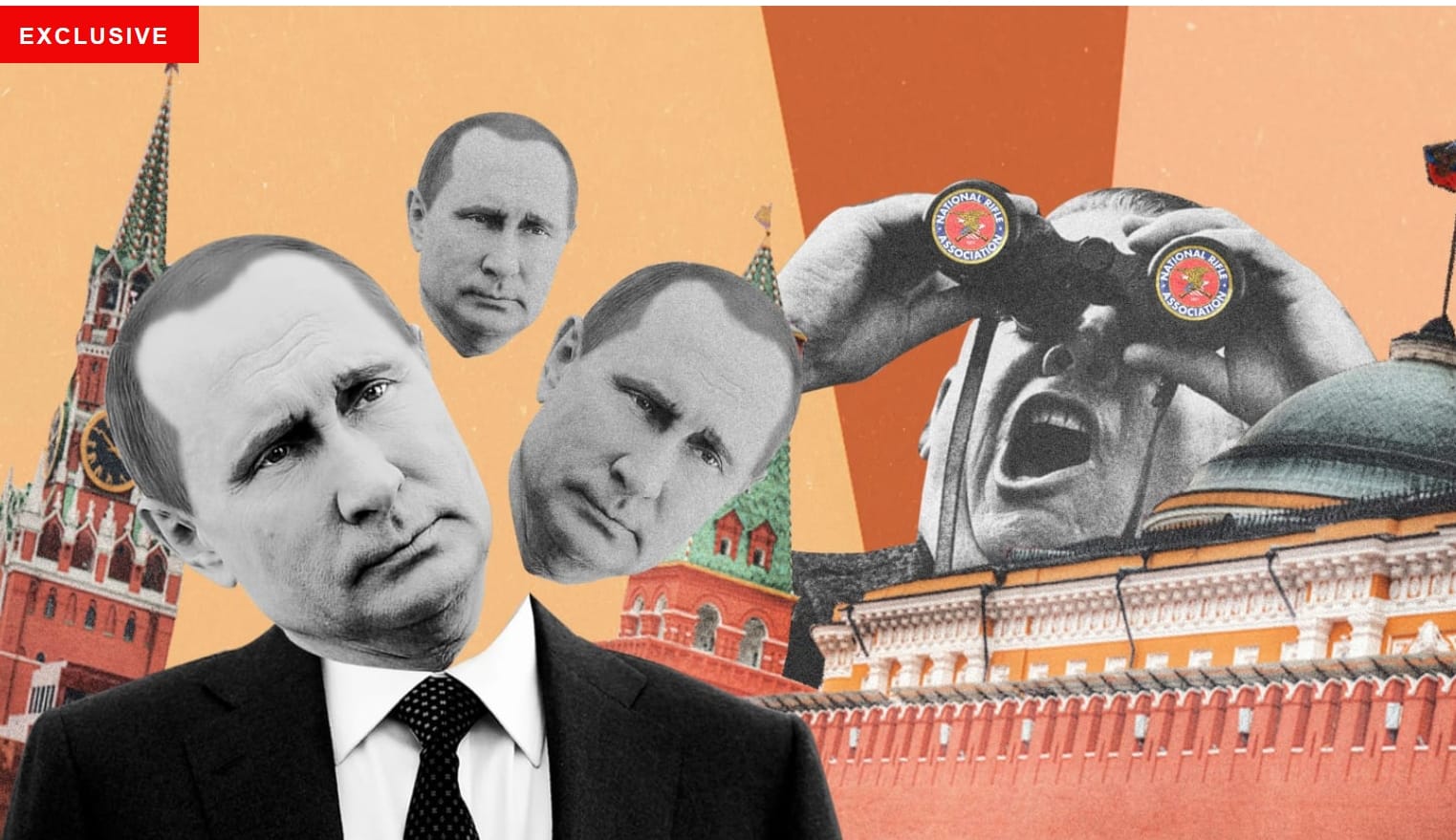 Editor’s note:  The NRA’s primary source of cash has been payoffs from “oligarchs” laundered into the coffers of Israeli controlled shills like Donnie Trump….

A former NRA president hoped to win access to Vladimir Putin on a trip to Moscow, according to an email from one of the trip’s organizers. That organizer, Republican operative Paul Erickson, also said the trip could have “enormous diplomatic consequences.” The email, sent in November 2015 and reviewed by The Daily Beast, came just months before the Kremlin’s election meddling went into full gear.

In the email, Erickson wrote that an official with the Russian Central Bank had made a tantalizing, though tentative, offer to former NRA president David Keene: an interview for his newspaper with Russian President Vladimir Putin.

“[I]mpressing the NRA’s Russian hosts is also the quickest way to secure a private interview with President Putin on behalf of David Keene and the Washington Times–a plum that was dangled in front of Keene by Torshin himself during a recent Torshin visit to Washington, DC,” Erickson wrote. “High stakes all around.”

The NRA’s Russian hosts were a powerful group. Alexander Torshin, who Erickson said had tentatively offered Keene a Putin interview, was a deputy governor at Russia’s powerful central bank at the time. Justice Department prosecutors later alluded to him when they charged Erickson’s girlfriend.