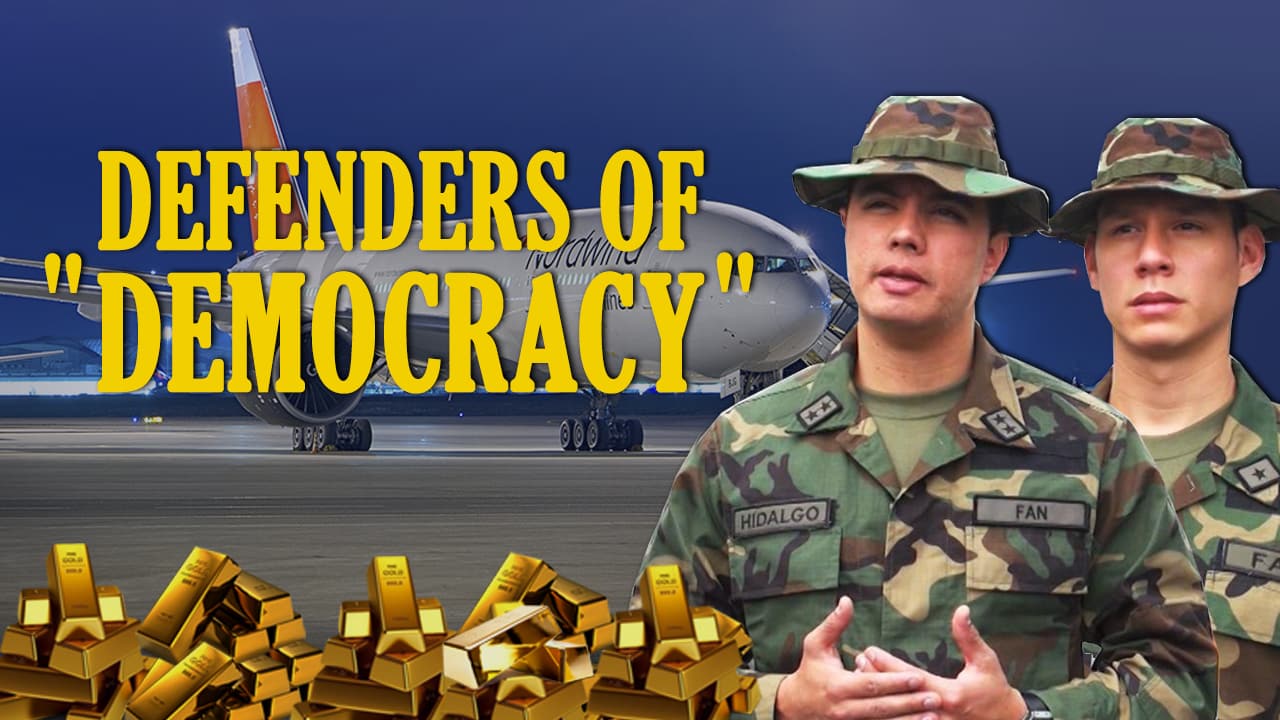 Over the past few days, the intensity of anti-government protests in Venezuela has declined despite attempts of the US-led bloc to warm them up through both public and clandestine measures. However, the conflict continues to develop amid the acute standoff in the media sphere between the Maduro government and its opponents backed by the US-led bloc.

On January 29, CNN released an interview with two “Venezuelan army defectors” who appealed to US President Donald Trump to arm them to defend “freedom” in Venezuela. They claimed to be in contact with hundreds of willing defectors via WhatsApp groups and called on Venezuelan soldiers to revolt against the government of President Nicolas Maduro.

“As Venezuelan soldiers, we are making a request to the US to support us, in logistical terms, with communication, with weapons, so we can realize Venezuelan freedom,” one of the alleged defectors, Guillen Martinez, told CNN. Another one, Hidalgo Azuaje, added: “We’re not saying that we need only US support, but also Brazil, Colombia, Peru, all brother countries, that are against this dictatorship.”

During the entire clip, these persons were presented in a manner alleging that they had just recently defected and are now calling on others to follow their step. However, therein lies the problem. The badges on their uniform say FAN – Fuerza Armada Nacionales. This is an outdated pattern, which has been dropped. Now, Venezuela’s service members have a different badge – FANB, which means Fuerza Armada Nacional Bolivariana. So, either the “Venezuelan army defectors” somehow lost the letter B from their uniform, or the entire interview is a staged show involving former Venezuelan service members, who have been living for a long time outside the country, or in the worst case – actors.

The interview came amid increasing US political, media and sanction pressure on the Maduro government. White House National Security Adviser John Bolton was even spotted with a mysterious note about the deployment of 5,000 US troops to Colombia, the US ally which borders Venezuela. In this situation, a large-scale military uprising or at least formation of some opposition within the army would become a useful tool in a wider effort to overthrow the country’s government. On the other hand, the use of such CNN-styled content shows that so far the US and its proxies have achieved little success in buying the support of Venezuelan service members.

On January 29, Venezuelan lawmaker Jose Guerra claimed via Twitter that a Boeing 777 of Russia’s Nordwind Airlines landed in Caracas on January 28 to spirit away 20 tons of gold bars, worth some $840 million, from the country’s central bank. When asked how he knew this, Guerra provided no evidence. By January 30, these items of breaking news had rocked the headlines of most of the mainstream media.

The developing crisis is also accompanied by the growth of citizen journalism. Bellingcat members already created a Twitter page named “In Venezuela”, which provides field news about the crisis from Toronto, Canada. It’s easy to expect some “open source intelligence investigations” revealing crimes of the Maduro government against peaceful protesters very soon if the conflict escalates further.

Roughly speaking, the mainstream media presents the audience with the following story: The Maduro government is about to fall and is already moving the country’s gold reserves somewhere via Russian planes. At the same time, Vladimir Putin sent his mercenaries to rescue Maduro and to keep the corrupt regime in power in order to secure Russia’s economic and political interests. This, as well as the oppressive nature of the regime, are the only reason why the forces of good have not yet achieved victory.

Fortunately, there is the shining knight of democracy, Juan Guaido, who was democratically appointed as the Interim President of Venezuela from Washington. He, his Free Venezuelan Army consisting of hundreds of WhatsApp defectors and a group of unbiased US/NATO-funded citizen journalists and investigators are ready to stand against the Maduro-Putin alliance and to defend freedom and democracy in Venezuela… with a bit of help from the Trump administration for sure.

There are no doubts that modern Venezuela is allied with Russia and Moscow will employ its existing influence to resolve the crisis and thus defend its investments and oil assets. Furthermore, Maduro and his supporters showed that they are not going to give in to the US-led pressure. At the same time, The level of MSM hysteria, including an open disinformation campaign against the Maduro government and attempts to demonize it through various means, including its ties with Moscow, show that the Washington establishment is serious in its regime change efforts and may even be ready to instigate a Syria-style “proxy war” in the country in order to achieve own goals.