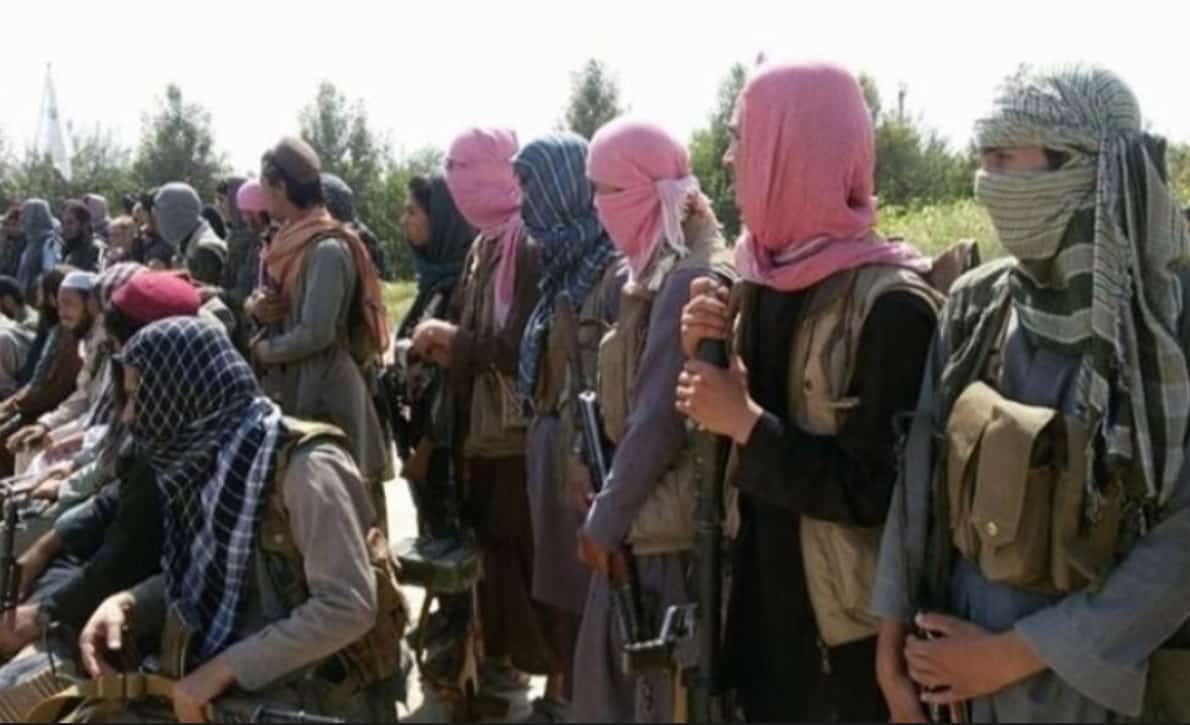 Last year, Russia’s seasoned Foreign Minister Sergei Lavrov accused Washington of providing material support [1] to the Islamic State Khorasan militants based in Afghanistan in order to divide and weaken the Taliban resistance against American occupation of Afghanistan. The accusations were also echoed by Iran.

Referring to news reports [2] that unmarked military helicopters had touched down in known Islamic State Khorasan strongholds in Afghanistan, Lavrov alleged: “Unidentified helicopters, most likely helicopters to which NATO in one way or another is related, fly to the areas where the [Islamic State] insurgents are based, and no one has been able to explain the reasons for these flights yet.”

Moreover, a news report leaked [3] in March last year, during the trial of the widow of Orlando nightclub shooter, Omar Mateen, who had killed 49 people and wounded 53 others in a mass shooting at the Pulse Nightclub in Orlando, Florida, on June 12, 2016, that his father, Seddique Mateen, was an FBI informant for eleven years.

In an email, the prosecution revealed to the defense attorney of Noor Salman, the widow of Omar Mateen, that Seddique Mateen was an FBI informant from January 2005 to June 2016 and that he had been sending money to Afghanistan and Turkey, possibly to fund violent insurrection against the government of Pakistan.

Although the allegation that Washington provides money and arms to its arch-foe in Afghanistan, the Taliban, to mount an insurrection against the government of Pakistan might sound far-fetched, we need to keep the background of the Taliban insurgency in the Afghanistan-Pakistan region in mind.

In Pakistan, there are three distinct categories of militants: the Afghanistan-focused Pashtun militants; the Kashmir-focused Punjabi militants; and foreign transnational terrorists, including the Arab militants of al-Qaeda, the Uzbek insurgents of Islamic Movement of Uzbekistan (IMU) and the Chinese Uyghur jihadists of the East Turkistan Islamic Movement (ETIM). Compared to tens of thousands of native Pashtun and Punjabi militants, the foreign transnational terrorists number only in a few hundred and are hence inconsequential.

Tehreek-e-Taliban Pakistan (TTP), which is mainly comprised of Pashtun militants, carries out bombings against Pakistan’s state apparatus. The ethnic factor is critical here. Although the Pakistani Taliban (TTP) like to couch their rhetoric in religious terms, it is the difference of ethnicity and language that enables them to recruit Pashtun tribesmen who are willing to carry out subversive activities against the Punjabi-dominated state apparatus, while the Kashmir-focused Punjabi militants have by and large remained loyal to their patrons in the security agencies of Pakistan.

Therefore, the allegation that Washington had provided material support to the Islamic State-affiliate in Afghanistan and the Pakistani Taliban (TTP) as a tit-for-tat response to Pakistan’s security agencies double game of providing support to the Afghan Taliban to mount attacks against the Afghan security forces and their American backers cannot be ruled out.

In November, for instance, infighting between the main faction of the Afghan Taliban led by Mullah Haibatullah Akhunzada and a breakaway faction led by Mullah Mohammad Rasul left scores of fighters dead in Afghanistan’s western Herat province.

Mullah Rasul was close to Taliban founder Mullah Mohammad Omar, and served as the governor of southwestern Nimroz province during the Taliban’s rule in Afghanistan from 1996 to 2001. After the news of the death of Mullah Omar was made public in 2015, Mullah Rasul broke ranks with the Taliban and formed his own faction.

Mullah Rasul’s group is active in the provinces of Herat, Farah, Nimroz and Helmand, and is known to have received arms and support [4] from the Afghan intelligence, as he had expressed willingness to recognize the Washington-backed Kabul government.

Regarding Washington’s motives for providing covert support to breakaway factions of the Afghan Taliban, the Pakistani Taliban and the Islamic State’s affiliate in Afghanistan, the US invaded Afghanistan in October 2001, in the aftermath of the 9/11 terror attack, and toppled the Taliban regime with the help of the Northern Alliance comprised of ethnic Tajik and Uzbek warlords.

The leadership and fighters of the Taliban found sanctuary in Pakistan’s lawless tribal areas bordering Afghanistan, and mounted an insurgency against the Washington-backed Kabul government. Throughout the occupation years, Washington kept pressuring Islamabad to mount military operations in the tribal areas in order to deny safe havens to the Taliban.

However, Islamabad was reticent to conduct military operations, which is a euphemism for all-out war, for the fear of alienating the Pashtun population of the tribal areas. After Pakistan’s military’s raid in July 2007 on a mosque in the heart of Islamabad, which also contained a religious seminary, scores of civilians, including students of the seminary, died.

Keeping this background of Washington’s covert support to breakaway factions of the Afghan Taliban that had waged an insurgency against the US-backed Kabul government and to the Pakistani Taliban that had mounted a guerrilla war against Pakistan’s state establishment in mind, the allegations by Russia’s Foreign Minister Sergei Lavrov that Washington had provided material support to the Islamic State’s affiliate in the Af-Pak region in order to divide and weaken the Taliban resistance against American occupation of Afghanistan cannot be ruled out.

Secondly, and more importantly, the insurgency in Afghanistan and the border regions of Pakistan is a Pashtun uprising which is an ethnic group native to Afghanistan and northwestern Pakistan, whereas the bulk of the Islamic State’s jihadists in Syria and Iraq was comprised of Arab militants and included foreign fighters from neighboring countries, North Africa, the Central Asian states, Russia, China and even radicalized Muslims from as far away as Europe and the United States.

The so-called “Khorasan Province” of the Islamic State in the Af-Pak region is nothing more than a coalition of several breakaway factions of the Taliban and a few other inconsequential local militant outfits that have pledged allegiance to the Islamic State’s chief Abu Bakr al-Baghdadi in order to enhance their prestige and to draw funds and followers, but which doesn’t have any organizational and operational association, whatsoever, with the Islamic State proper in Syria and Iraq.

The total strength of the Islamic State Khorasan is estimated to be between 3,000 to 5,000 fighters. By comparison, the strength of the Taliban is estimated to be between 60,000 to 80,000 militants. The Islamic State Khorasan was formed as a merger between several breakaway factions of the Afghan and Pakistani Taliban in early 2015. Later, the Islamic Movement of Uzbekistan (IMU), a Pakistani terrorist group Jundullah and Chinese Uyghur militants pledged allegiance to it.

In 2017, it split into two factions. One faction based in Afghanistan’s eastern Nangarhar province is led by a Pakistani militant commander Aslam Farooqi, and the other faction based in the northern provinces of Afghanistan is led by a former Islamic Movement of Uzbekistan (IMU) commander Moawiya. The latter faction also includes Uzbek, Tajik, Uyghur and Baloch militants.

[2] Hamid Karzai’s interview: ISIS in Afghanistan is US tool:

[4] Mullah Rasul faction of Taliban has received support from Kabul: