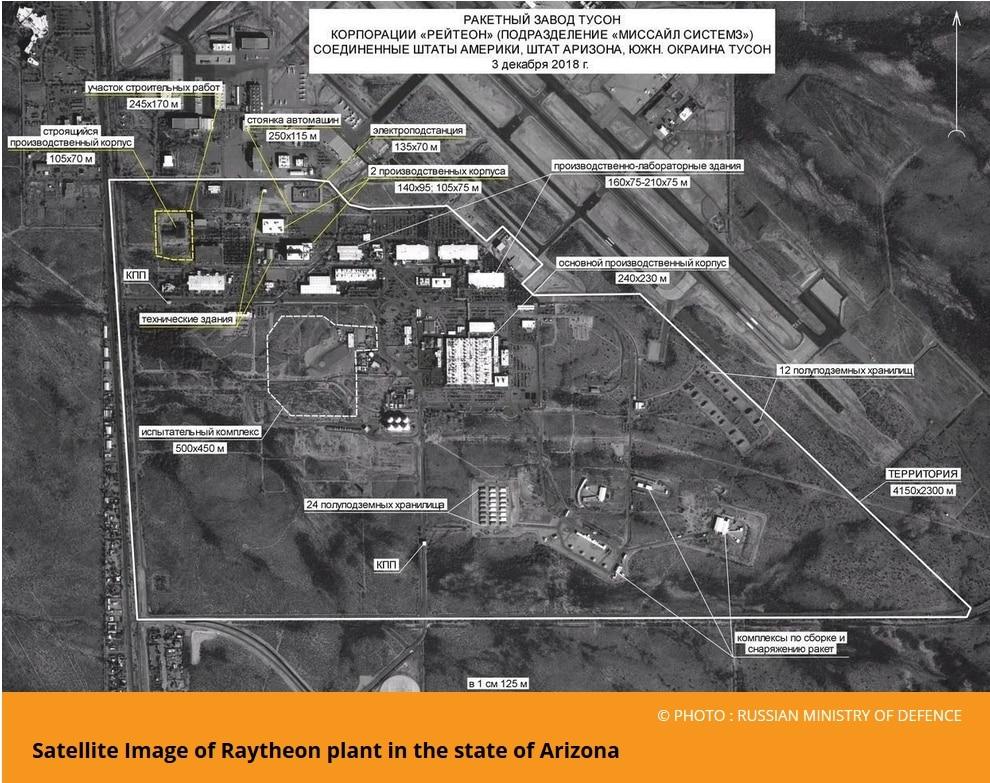 Following the US’ move to suspend its obligations under INF treaty, the Russian Defence Ministry on Saturday said that Washington started preparations for the production of medium- and short-range missiles prohibited under the INF deal two years before accusing Moscow of violating the accord.

The Russian military has released satellite images of Raytheon Corporation’s plant, where preparations for the production of missiles prohibited under the INF deal have been ongoing for two past years, according to the Russian Defence Ministry.

The picture, dated back to 3 December 2018, shows the factory measuring 4150×2300 metres. According to the ministry of defence, the complex contains three acting production units and one that is still under construction, as well as a test area, electric station, and semi-underground storage facilities.

© Photo : Russian Ministry of Defence
Satellite Image of Raytheon plant in the state of Arizona
ATTENTION READERS
Due to the nature of independent content, VT cannot guarantee content validity.
We ask you to Read Our Content Policy so a clear comprehension of VT's independent non-censored media is understood and given its proper place in the world of news, opinion and media.