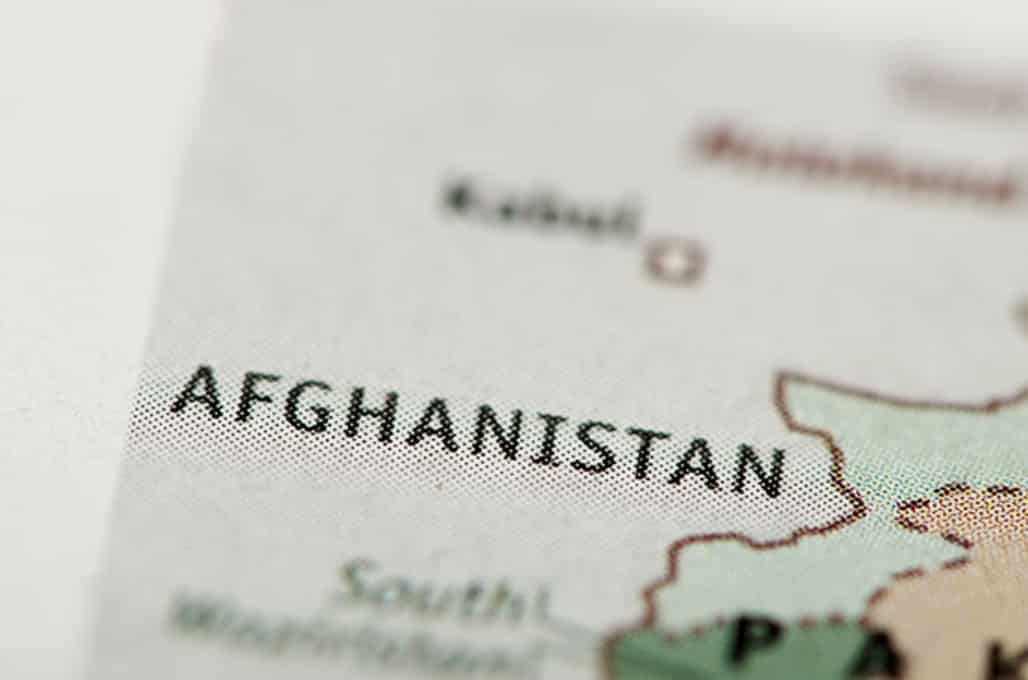 Taliban and USA are in CONSTANT negotiations over withdrawal of US forces from Afghanistan. A draft pact addressing mutual sensitivities is concluded. The two parties facilitated by Pakistan will again meet towards end February to build a roadmap on the skeletal agreement.

The best solutions must consider lessons learnt from the Soviet withdrawal in 1989, leaving power in hands of proxies and ignoring a broad based representative government. A representative government for Afghanistan does not mean democracy. Besides the people, it also means coopting various warring groups, warlords and educated elites. Links with drug mafia and gun running are intrinsic. So unless these groups are satisfied, they have many supporters to make them disruptive.

USA, the Afghan resistance, Taliban and Pakistan have been here before as a resistance to Soviet occupation and then a broad based alliance approved by Pakistan and USA.

Return of warlords gave meteoric rise to Taliban. They over ran most Mujahedeen groups led by warlords and fought fierce battles with Al Qaeda.

Then came 9/11; a strategic time jump that caught everyone unprepared. Taliban became the enemy and Pakistan an untrusted ally. The logic of Afghan invasion was not built on strategic logic.  Emotive factors of revenge, hate and superiority slowly deflated egos. The cost in terms of bloodshed and human misery has been colossal.

The best chance for peace was created by Pakistan in 1996. All Afghan factions had agreed to peace. During negotiations led by Nasser Ullah Babar, Taliban agreed to moderating themselves and converting Afghanistan into a federation with a power sharing formula. Benazir was unceremoniously removed by President Leghari just a day after the draft agreement had been agreed. Benazir Bhutto and Babar maintained it was the first nonmilitary coup. The draft peace agreement was forever lost.

In 2002, it was with Benazir’s intervention that the Taliban agreed to make a Lockerberie out of Usama Bin Laden. USA dissented and walked out of negotiations that could have spared the world this War on Terror. Seymour Hersh speculated her to be a victim of special assassination squads.

Instability in Afghanistan provided leverage to intimidate Pakistan and also checkmate China and Russia. For nearly two decades, Pakistan resisted the instability trajectories framed against it. It became a nuclear power, endured over a decade of sanctions, fought a decade long l counter terrorism campaign and strengthened democracy.

Objectives of keeping Afghanistan destabilised with domino effect on Pakistan were never served. Though President Trump wants to get out, his logic may not be shared by most around him. In the interim, various state and non-state actors are positioning themselves for the ‘good, bad and ugly’.

Vibes coming from Taliban are encouraging. They have shown readiness towards moderation, power sharing and building an inclusive Afghanistan. They are unwilling to talk to the Afghan government labeling it a US puppet. Zalmay Khalilzad is back cajoling and convincing the Afghan government. This is an onerous task for a diplomat notorious for his anti-Taliban and anti-Pakistan stance. Most likely, he is once again adjusting his sails. Not to lag behind, former President Hamid Karzai is also busy making himself relevant.

The prospects of ‘finally the peace’ are raised by President Trump who wants his troops back home. There is some engagement in US-Pakistan military diplomacy. Pakistan and USA air forces held a joint drill exercise to raise the confidence building bar. The Taliban agreement with USA will not be possible without Pakistan’s inclusion as a guarantor. It seems that in tandem, USA will also reach consensus with Pakistan over mutually agreeable sensitivities. This implies a major shift in US policy that kept the region unstable after withdrawal of USSR. This major shift will be the biggest tumbling block to peace.

There is no doubt that Pakistan is facilitating this latest round of diplomacy. Indirectly, Pakistan’s proactive engagements and diplomacy in the Gulf is also bearing fruit. Economic engagements provide multiple proportions to economic corridors. This is a very positive sign; only so if it reaches its logical conclusion. Pakistan is unilaterally allaying US fears.

But there are detractors eager to subvert this diplomacy and throw it on a tangent.

India and Afghanistan are not happy. It is evident that Terrorist attack in Loralai Pakistan was allegedly backed by Afghanistan as retaliation to a Taliban attack on NDS headquarters in Wardak Afghanistan.  Within the region, it is street talk that NDS provides a cover to Indian RAW for terrorism inside Pakistan.

If peace does prevail in Afghanistan, India will be deprived of its major springboard against Pakistan. India will also find itself isolated from the economic activity in the region. How India will reposition itself is a question that shall impact stability in Afghanistan.  US director of National Intelligence (DNI) did not mince his words in support of India.

Both Russia and China are also backing the peace process and reportedly in constant contact with the Taliban leadership. Iran cannot be far behind. So while Zalmay Khalilzad is busy with the Afghan government, Russia will be hosting the Taliban and Afghan politicians opposed to President Ashraf Ghani on Tuesday. The list includes former President Hamid Karzai. Russian role as power broker is considered as muddling by a US official.

The signals coming from USA are confusing. Many segments of US policy making are not satisfied with the latest developments. This indicates disagreements within the US establishment on the course of future policy objectives.

The office of the Special Inspector General Afghanistan Reconstruction (SIGAR) does not present a healthy picture of Afghan stability. Recently, US director of DNI, Mr. Daniel Coats presenting a threat assessment said, “Militants groups in Pakistan will continue to take advantage of their safe havens there to plan and conduct attacks in neighbouring countries and possibly beyond”. Pakistan was quick to retort to this insult calling it politically motivated and counterproductive to trust building between the two countries.

All may not be well. Thinkers in Capitol Hill remain in awe of Russia, China and Pakistan. They are still insisting on factorising India in the equation. Russia having learnt from history does not want India around.

The intensity of this opposition is evident in a turnaround of President Trump who has declared that he is in agreement with his intelligence chiefs. Does this concurring includes Pakistan in ‘threat perception’ will become evident as negotiations proceed?

Herein rest the future of Afghan diplomacy and peace.