Watch False Flag Weekly News above, and click HERE for links to the stories

Our top FFWN story this week was the war on “conspiracy theories.” (Read my new Unz Review article “Why the War on Conspiracy Theories Is Bad Public Policy.”)

Alan Sabrosky was the scheduled FFWN commentator this week. But less than 24 hours before the live broadcast, he says, “my internet basically died. When my email from Comcast finally connected, I got a huge slew of 300 messages that I had deleted last summer. When I would try to log in, it would sit there and nothing would work. One possible qualifier: I was down on the Gulf Coast, going through a U-verse server, which is not my normal one. So I’m not sure if its a DoS or a comcast/ATT glitch…”

Alan also notes that he was recently banned from Facebook for 30 days as punishment for writing a PRIVATE message that apparently displeased Zuckerberg’s minions, who must have been reading over his shoulder. So much for “private” messages!

Meanwhile, VT has been fighting off a coordinated DoS attack from servers in several countries. (We do think we know which small Middle Eastern country is behind it.)

So by the time Gordon Duff kindly agreed to sit in for Alan Sabrosky on False Flag Weekly News, we were all feeling kind of cranky about the internet censorship and vandalism. Maybe that’s why Gordon kept displaying specimens from his impressive private arsenal during the broadcast. Or maybe they just needed polishing. 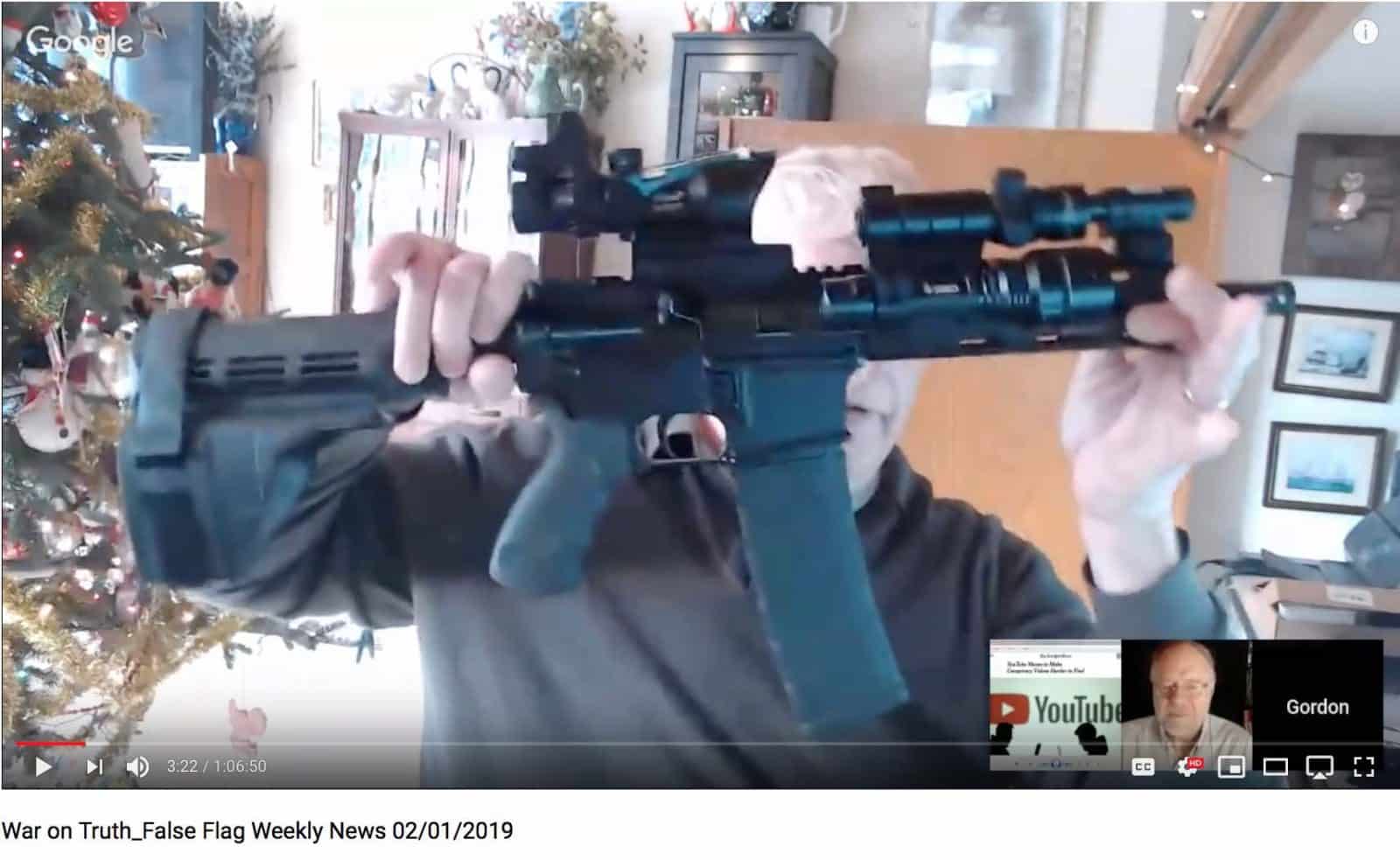