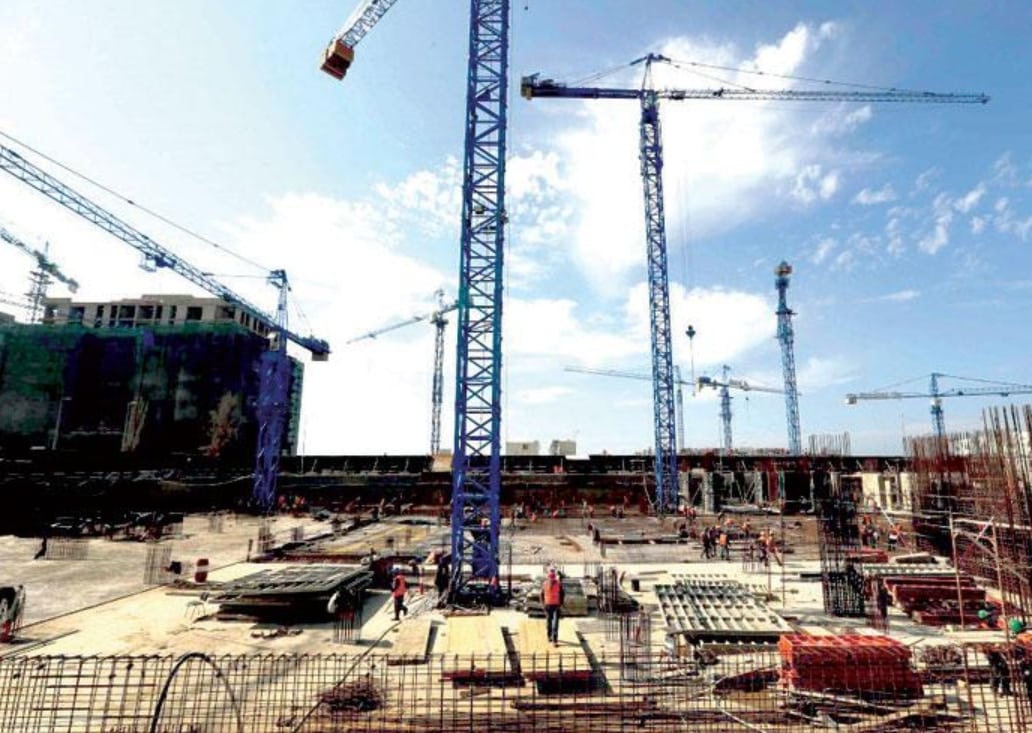 BERLIN/DAMASKUS/WASHINGTON (Own report) – Foreign policy advisors warn of severe setbacks in Berlin’s attempt to influence political development in Damascus through Syria’s reconstruction. So far, Berlin and Brussels had always insisted on only participating in the reconstruction of the war-ravaged country if significant political concessions were made. Now, however, the first EU states are breaking out of the common pressure front. The reason for this is that reconstruction has long since begun without the EU and Iranian, Indian and Chinese companies are achieving their first successes. European companies, on the other hand, are still out in the cold. The situation is made more complicated by the fact that the United States is working on a new sanctions law that is threatening all companies and individuals with painful punishments who do significant business with Syria’s government, for example carry out construction projects on its behalf. The law could prevent plans of German companies in Syria as well as in Iran; Berlin would remain uninfluenced in Damascus.

Foreign policy advisors in Berlin and Brussels are currently worried that Germany and the other EU states may come too late with the reconstruction of war-damaged Syria and miss not only lucrative business, but above all a possibly last chance to build up a position of political influence in Damascus. Reconstruction has been underway for some time now. They hold a strong position because they supported the government of Bashar al Assad in the war, especially Russia and Iran. According to a recent working paper of the Federal Academy for Security Policy (BAKS), “the restoration of the energy sector” in Syria “has been driven forward by Iranian consortia in particular since the end of 2017”. These consortia have thus received “surcharges for five major Syrian cities”. According to reports, more than 50 Iranian companies were present at the 60th Damascus International Fair in September 2018; the central theme at the fair was reconstruction. At the end of January, Tehran announced that it would soon be making bank transfers between the two countries possible.

This was last prevented by the US sanctions against Iran.

The reconstruction measures are by no means limited to Russia and Iran. As reported by the BAKS, India, for example, is “working on the Syrian industrial sector”; “Indian funds” are already being used to “build a new thermal power station worth 240 million US dollars south of Damascus”. Chinese companies are also very active in Syria; according to reports, over 200 companies from the People’s Republic took part in the Damascus trade fair. The BAKS states that Beijing is relying “above all on new infrastructure projects” when it comes to reconstruction “as part of its belt-and-road initiative” in which it is seeking to integrate the country.[2] In addition, it has promised Damascus its first billion euro loans. In addition, Arab states are now also pushing vigorously towards Syria. One reason is that the monarchies and emirates on the Arabian Peninsula fear that after the announced US withdrawal from Syria their worst enemy, Iran, could gain a dominant position there; the United Arab Emirates, for example, have therefore begun to normalize diplomatic relations with Syria and are making great efforts to do business within the framework of reconstruction. Jordan, on the other hand, is interested in contracts in its neighboring country in order to set its severely crisis-ridden economy in motion.[3]

Against this backdrop, the voices in Berlin are increasing, insisting that Germany and the EU should now finally develop their own activities. The BAKS stated that the EU should “participate in the reconstruction of Syria”: “This is not only desirable, but a real political necessity”[4] In fact, the German government has already promised support in the past, but explicitly linked this to extensive political concessions in Damascus. It has always been said that Moscow and Tehran could not possibly muster the mid-three-digit billion sums needed to repair the war destruction; they could therefore demand massive influence (german-foreign-policy.com reported [5]). So far, however, this calculation has not worked out – not least because countries like India and China are now in a position to step in as financiers and replace the lack of funds from the EU. Western wealth has lost leverage.

This complicates the situation for Berlin’s power ambitions. Leading German foreign policy leaders continue to play high poker and demand the fulfilment of preconditions before participating in reconstruction. CDU foreign policy expert Roderich Kiesewetter argues that while Germany and the EU should support the reconstruction measures, they should call for the establishment of a “UN-mandated protection zone” in Syria.[6] Omid Nouripour, foreign policy faction spokesman for Bündnis 90/Die Grünen in the Bundestag, is also in favour of Damascus calling for political advance measures. In addition, he argues that any aids should not be made available to the government in Damascus, but should be handed over directly to “projects” on the ground.[7] Such an approach allowed Berlin to establish its own clientele structures in the middle of Syria.

The front is crumbling

However, in the meantime the first EU states are beginning to withdraw from the Berlin power poker, unnerved. At the end of October 2018, a delegation from the Polish Sejm visited Damascus to discuss a resumption of mutual economic relations. The chairman of the Chamber of Commerce in Damascus explicitly called on Polish businessmen to explore the “investment opportunities in Syria” offered by the reconstruction.[8] In January the Italian Foreign Minister announced that Rome was in the process of carefully examining the possibility of reopening its embassy in Syria. Foreign policy experts warn. According to a statement from the European Council on Foreign Relations (ECFR), the EU front against Damascus threatens to crack or even break apart if individual states continue to press ahead.[9] This must be prevented. To achieve this, however, “Europeans who are trying to maintain a tough stance towards Assad” would have to recognise that under the current conditions it would hardly be possible to force through what had previously not been possible in the long years of the civil war.