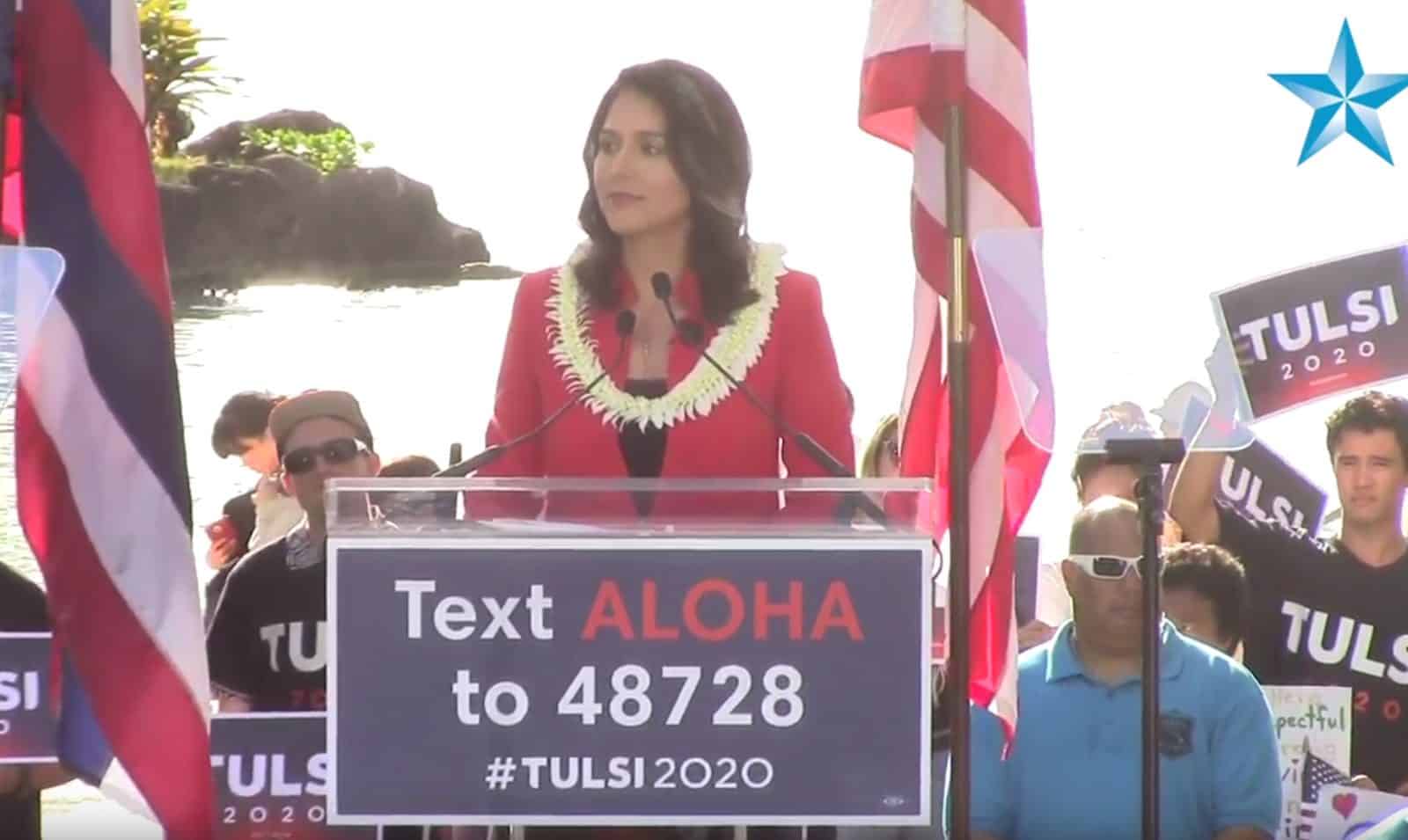 Speaking from a beach in Waikiki, Rep. Tulsi Gabbard formally kicked off her campaign for the Democratic presidential nomination with a speech cautioning that the United States is engaged in a “New Cold War,” telling a crowd of hundreds of supporters that every American pays the price of unrestrained militarism and interventionist foreign policy.

Wearing a white lei, Gabbard, a four-term congresswoman from Hawaii, asked those assembled to help her build a movement emphasizing “peace at home and abroad that will fulfill the promise of America.” Pointing to the Trump administration, which “claims to believe in America First, but who sells our troops, our weapons and our interests to whichever foreign country is the highest bidder,” Gabbard warned the crowd on Honolulu—many of whom were terrified by a false nuclear alert in Jan. 2018—that a nuclear war “could destroy our world in mere minutes.”

“Every American pays the price for these wars,” Gabbard, a longtime anti-interventionist, said, dismissing unspecified opponents in Washington as treating troops like “political pawns and mercenaries for hire in wars across the world… thinking up new wars to wage, and new places for people to die, wasting trillions of our taxpayer dollars.”