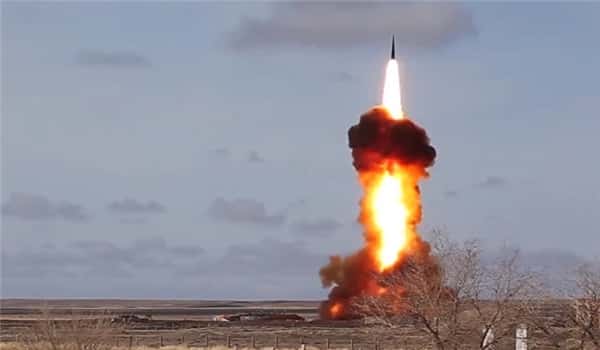 Even members of the US Congress say the decision has the potential to incite a new arms race – not only with Russia, but also with China, which was never a signatory to the 1987 Intermediate-Range Nuclear Forces Treaty, widely known as the INF. And it comes as the US has begun building its first long-range nuclear weapons since 1991, a move that other nuclear-armed nations are citing to justify their own nuclear modernization efforts.

To one degree or another, the two moves appear to signal the end of more than a half-century of traditional nuclear arms control, in which the key agreements were negotiated in Washington and Moscow. President Trump claims he wants to replace the INF or to renew another major treaty, called New Start, which drove American and Russian nuclear arsenals to their lowest levels in nearly 60 years. That accord expires in 2021, just weeks after the next presidential inauguration. However, when it comes to serious coverage, that will be about that:

– The move to suspend and likely end the INF treaty, once considered the gold standard of arms control agreements, was telegraphed months ago. The US began accusing Russia of violating the treaty in 2014, when it alleged that Moscow was developing a new missile that would violate the range limits. The Russian government maintains that missile battalions it has deployed near European borders would not fly far enough to violate the treaty’s terms.

– John Bolton, the national security adviser, has made no secret of his desire to leave arms control agreements that limit American action. During the administration of President George W. Bush, Bolton was a major force behind the withdrawal from the Antiballistic Missile Treaty with Russia. Last year, he and the Saudi-Israeli lobby backed Trump to end the 2015 Iran nuclear accord with world powers. In the INF treaty, Bolton had an easy target: Even President Barack Obama had considered exiting it.

– Secretary of State Mike Pompeo announced the decision to suspend the accord, declaring that “countries must be held accountable when they break the rules”. That would be an enormously ambitious task. The Trump administration has already voided several other international treaties, including the Paris climate agreement and the Iran nuclear deal. For that reason and no other, the US government “must be held accountable” as it broke the rules.

– The US, which still possesses, by far, the world’s largest nuclear arsenals, cannot impose sanctions on other nations to force them to be restricted by international treaties when Washington itself is no longer restricted by the same treaties, including the INF.

– Pompeo says the US will terminate the INF accord in six months unless Russia destroys its growing arsenal of intermediate-range missiles and launchers. For any new or “better” treaty to happen, and to end the Cold-War-era outlook, the US needs to curb and eliminate its arsenal of intermediate-range missiles and launchers as well. On balance, the current agreement applies to both Russia and the US.

– It is hard to believe that after six months the Trump administration will negotiate in good faith. That will never happen. Any doubters should ask the Chinese government and the ongoing US trade war with China. The Trumpsters are reluctant to listen to reason, much less hold any kind of substantive talks with the Russians, the Chinese, the Iranians, or the Venezuelans, or the international civil society. Their unilateral foreign policy, public and private comments, and self-imposed laws won’t let that to happen.

One thing is clear: If a new arms race begins, it will be the US to blame. While the makeover of America’s aging nuclear arsenal and laboratories began during the Obama administration, the ambitions to remake the United States’ nuclear capabilities have accelerated under Trump.

In the prevailing environment, don’t be taken by surprise if you hear the US has also begun deploying new weapons to counter China’s alleged efforts to cement a dominant position in the Western Pacific and keep American aircraft carriers at bay. President Trump and his war cabinet, the Military-Industrial Complex, and a host of forever war lobby, regime change addicts, resource-war planners and leaders, civilian and military, pose a growingly serious threat and make the world less safe.