Le Dernier Cri : Actually, everything is already too late. But why does the mass of people still refuse to surrender and submit to the insights of the beautiful and the rich? Is there still too much education for the mob? Surely that can not be done. Where does the proletariat take the chutzpah from the insurrection? Where all governments always mean only good with the mob? By what right is “social justice” demanded, although we can afford even more if we do not want to endanger the elite unnecessarily.

Everything could be so simple, if all human beings would only be and remain slaves of this elite. But that’s exactly what they do not want and that’s what makes everything so problematic. This heal, perfect world of the elite, limited to a small clientele and, coincidentally, manages the destinies of humanity as well, is a stumbling block. By way of example, we are currently experiencing the debacle in France, in the form of the so-called “yellow vests” . They are becoming so obtrusive that the state has to resort to them by all means. After all, the French president has a lot to lose. Here is an indication of what he and his equals have to lose:

So what is it exactly?

That’s exactly what it’s about. Decades ago, there was the idea that increasing productivity should benefit people. That would shorten the working hours and people could, for example, turn to more spiritual things or simply other hobbies. This seemed a bit too dangerous for some people and they decided to skim off extra productivity to have an even better life. As we know today, this has been done quite well and we are heading back to a 60-hour week rather than the ideal of the 50s and 60s on the subject. 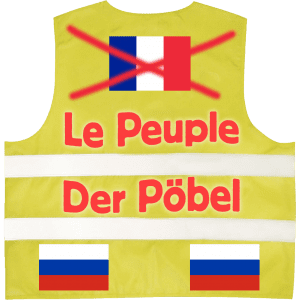 Reason enough to properly target the current movement in France and to discredit it according to all the rules of media art. As was to be expected, the yellow vests must now be publicly dismantled and made implausible. This is exactly what EmmaNull Macron personally committed to. Yellow-vests infiltrated from 40,000 to 50,000 ultra-activists … [Telepolis] . However, since it did not really work for Putin to blame, it can now only be the Nazis or, alternatively, the very left. Of course, it must be “lepers,” Macron emphasizes, because a decent citizen would never oppose the system.

In that regard, this is now the precursor to the further splitting of this movement. That you make them suspicious of the normal people, so that they never make themselves more common with the yellow vests. They should be treated like lepers. This is exactly how splitting and desolidarization work in perfection. Unlike the social networks, the truth- ful media of payments must still follow the impetus of their shareholders, which is why Macron spreads his truths better through these channels.

If the yellow vests still have not lost the fun of the protest, you have to see what kind of force they are to sweep from the street. Maybe shoot more eyes with rubber bullets or blow up limbs with tear gas grenades . However, Macron and colleagues are already taking appropriate action. It is very good when he demands democracy in Venezuela instead of practicing it in his own country. Here he will defend them in case of doubt by force of arms, even against the yellow vests. Exactly what makes the pseudo-democracy.

Of course, we also have a small educational film about what the mob should not get better. But that’s just so abstract, that the danger is rather low that any normal gifted could ever find out or see through. Here is the whole secret:

The origin of all reality is thought

From this one can quickly learn that the “origin of all reality is thought” . Understandably many people categorically reject this because they do not even know how thinking works. Often they only consider this to be a characteristic of the mud subjected to evolution, to which they consistently confess. Not least because they did not learn anything else at school. In fact, thinking is likely to be much more complex and require structures quite different from the purely material ones. So that no one comes up with the idea to question whose spirit child he is in the true sense, not only the matrix of Orpheus must be protected, but also our matrix, which only works slightly differently in some parts. 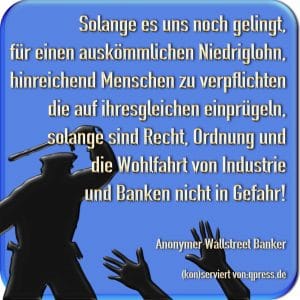 This is now pretty clear what the story is about and who has a lot to lose. Who did not want to understand that the polarization and thus the division of society is one of the most urgent problems at the moment. It is formally indispensable before anyone invents a new, more fluid social model with more social justice. Only because the majority of people fight each other again, almost until complete “powerlessness”, the great system that is working so well today can be maintained. Macron therefore has an increased interest in stable conditions. He does not care who he delivers to the knife, as long as he does not have to put his head in the guillotine. Life can be so easy. We just have to keep our eyes shut. Together with Macron, we are bound to realize how horribly the yellow vests have infiltrated evil … and not the elites.