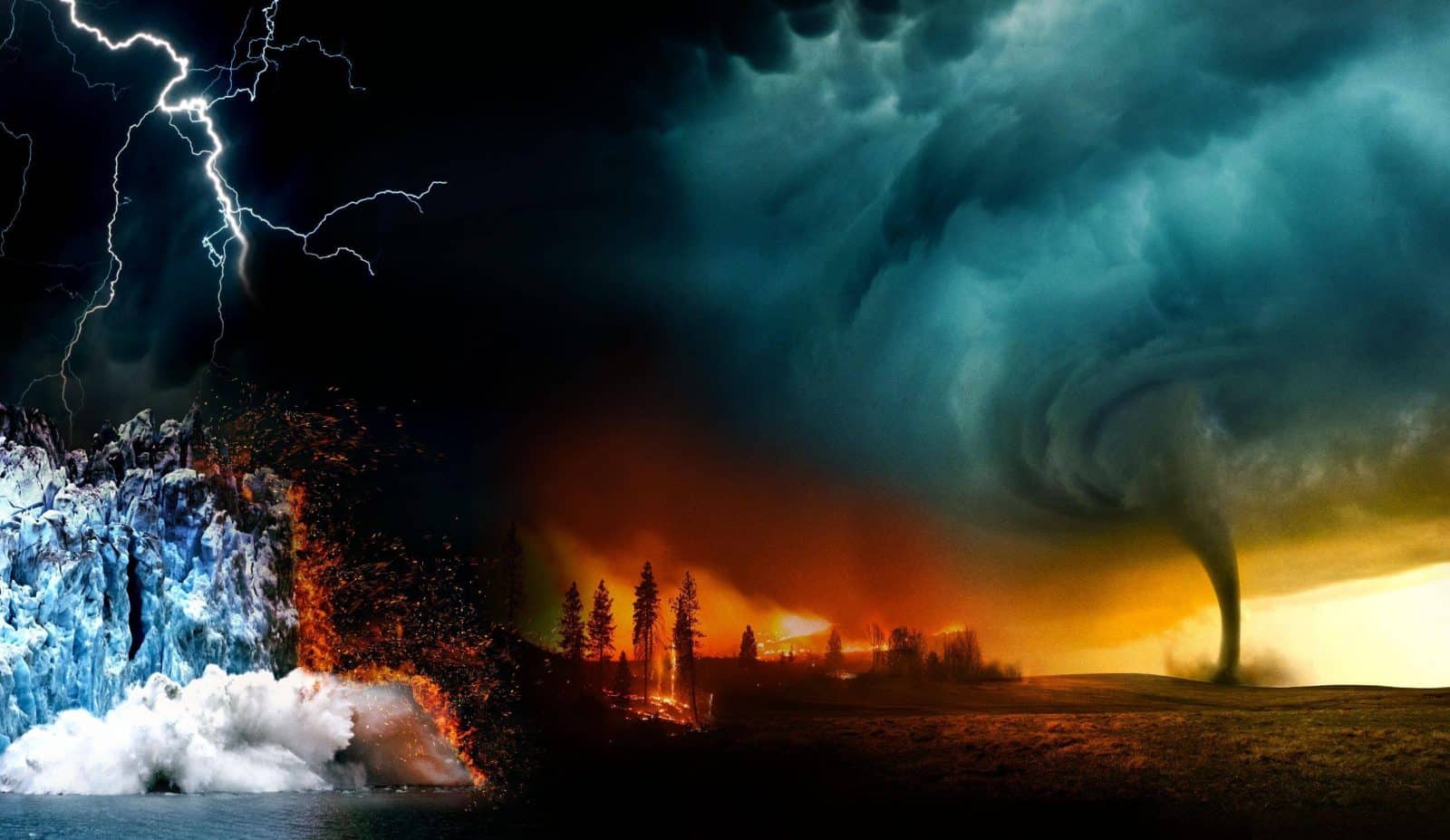 Anyone who seeks to be more informed should watch the YouTube video SOTT Earth Changes Summary – November 2018 as it will expand your knowledge exponentially.

Remember:  Knowledge protects (when applied), while ignorance endangers.  But be aware the above video is not for the faint of heart.

Have the proponents of global warming been proven correct?

Or is something else, something bigger, happening on our planet?

While mainstream science claims the phenomena covered above are unrelated, those events appear to stem from a single common cause.

In the times of past ages, people understood that the human mind and states of collective human experience can influence cosmic and earthly phenomena.

While one can argue the cause and effect relationship of widespread despotism and cataclysms, no one alive (and sentient) can deny the ever growing authoritarianism of central governments – particularly that of the governmental/media plexus of the United States of America.

The evidence is piling up: America’s foreign policies, as adjudicated by the prevailing perspectives of the informed and undaunted, has long been that our government is not only oppressive and controlling, but warmongering.

Is our recent brutal weather proof of our fall from grace?

Recently, a deadly polar vortex, which meteorologists have called a “once-in-a-generation” deep freeze, hit the Midwest of America with wind chill temperatures as low as minus 64 degrees Fahrenheit.
The vortex has closed schools, cancelled about 4,800 air flights, suspended mail deliveries, and could cause near-instant frostbite.

Weather officials even warned Americans to avoid taking deep breaths, and to minimize talking while outside, as boiling water thrown into the air freezes before it hits the ground.

The onerous effects of this polar vortex will be felt for some time to come.

Is this polar vortex a message to all Americans? “Yes,” say the media controllers: “The record-breaking polar vortex was caused by global warming.”
And guess what! Some people believe them. Do you?

Now, for another question.

Were the intrigues within the tragedies of California’s 2018 wildfires deific messages to all Californians … and … Americans?

Perhaps I’m wearing my heart on my sleeve, exposing my emotions and making myself vulnerable to attack by saying that those 2018 California wildfires were a message of one kind or another – divine or mortal.

CNN has said that our wildfires are becoming the new normal and are now 78 days longer, on average, than they were back in 1978 and burn twice as many acres than they did three decades ago.
Some scientists have predicted that the massive amount of acreage already burnt in America will again double by mid-century.

One begins to wonder why every year our wildfires are becoming more ferocious? Not so many decades ago, wildfires in America were relatively scarce.

The dark mystery voices that control our government and media tell us the cause for our wildfires is man-made global warming. Long ago, however, it became obvious that our Controllers had some kind of special interest in cutting off the industrial output of all societies, so they invented the anthropogenic global warming scam to scare us back into the pre-industrial age.

How can global warming start a wildfire?  Certainly warm dry conditions can spread a fire, but start one?

What has become predictable, and lacking in subtlety, is the yearly deluge of California’s colossal fires leaving large portions of the state in burning embers and hot coals.

Since California has 78 more annual fire days now than it had fifty years ago, what does the future hold?

In 2018, more than 100 people perished in California’s fires, while hundreds of thousands of citizens were ordered to evacuate their homes and neighborhoods.

In 2018, more than 1.6 million acres of California trees, brush, grass, and bushes were turned into ashes.

The cost of firefighting for just one year (2018) of California’s fires was almost $800 million.

According to data furnished by the US Census Bureau, California now has the highest rate of poverty in the country, making the state the poverty capital of America.

How did the Golden State come to have the highest rate of poverty of any state in America?

Two main reasons: her annual fires, and its adopted status of becoming a sanctuary state for illegal aliens, the cost of which far outstrips their firefighting costs.

Data from the National Economist tells us that illegal immigrants cost California’s taxpayers $30.3 billion a year.

There has long been a popular adage, which states …
As goes California, so goes the rest of the country.

If that old saw again proves to be true, our nation will soon be in a world of woe, as the 2018 tragedies in California, alone, exceed all of the above weather extremes, planetary upheavals, and meteor fireballs from around the world in deaths, destruction, and financial costs.

First, they need to understand that they have been given two alarming wake-up calls: one spiritual and one physical. Once they are more awake they will have a far better chance of selecting more qualified leaders.

Their November 2016 election of Ms. Kamala Harris as their junior US senator was, however, a towering setback for Californians and for our entire country. 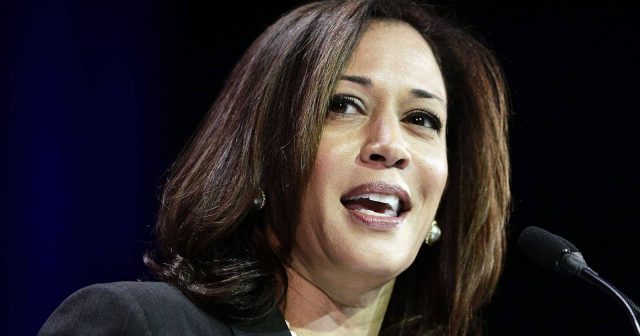 And if the US Shadow Government gets their way, Kamala will become our next president, after only three years in the US Senate. But with the Deep States’ command of the major media and of polling results, the rigging of their electronic machines used for voting in our national and state elections might not even be necessary.

In any case, what the Deep State did for the mixed-race Obama, they will do for the mixed-race Kamala. And the fact that Ms. Harris is partially a black woman will add credence to her election victory, even though it will have to be widely promoted or fixed for her to win the presidency.

So again, the old maxim of – As goes California, so goes the nation will be proven true.

Let us take a closer look at Kamala Harris, as she represents, in many ways, the ever-lowering caliber of our lawmakers, law enforcers, and law adjudicators.

Kamala Harris is merely another politician who campaigns by saying America is racist, homophobic, transphobic, sexist, and immoral.

Ms. Harris should know something about not conforming to accepted standards of morality, considering the affair she had with a married man – the 31-year-older ex-mayor of San Francisco, Willie Brown.

Now, Willie Brown is saying that Kamala later threatened him with a criminal charge after their affair and after Mayor Brown had helped to launch her political career.

Already Ms. Harris is campaigning for the presidency by making the insane promise of abolishing our entire healthcare industry as she panders for votes from the unread who do not understand the socialist trap of voting for free stuff.

It has been estimated that Kamala’s single-payer health plan could cost America a million jobs.

But such possibilities have not stopped the mainstream/controlled media from touting Kamala as the next female Obama. Remember, the therebefore unheard of Obama was sprung on the US public after he was in the US Senate for less than three years.

Recently, CNN claimed that Ms. Kamala’s last town hall speech was the most watched ever for a single candidate. But do the voters know that the lady is part of the Democrat gang that is attempting to dial up deviancy across America until our traditional culture becomes nothing more than outdated folklore?

Do not be surprised when Senator Harris votes to make infanticide legal in America.

“A border wall is immoral,” said a leading Democrat, of the party that is now advocating infanticide.

Still, expect the media’s pro-Kamala avalanche to continue through her presidency, as those who own and control the mainstream media are our anti-god, anti-life enemies.*

*All Western governments have their own Shadow Governments (Deep States) that are all controlled by a mysterious form of international éminence grises, who arrange for the manipulation of all of their Western electronic voting machines.

There is no federal government oversight of America’s privately owned and numerous electronic voting machines, which I fear is the same for all governments in the Western world.

Most of the American Deep State operatives are faceless bureaucratic lifers centered in the CIA, FBI, NSA, and in the other fourteen agencies of intelligence operations. These agents are difficult to spot as covert activities are their professions.

Currently, President Trump is in a quiet war with his subversive spy chiefs, but he does not seem to be making much progress in weeding them out of his administration.

The Shadow Government’s crudely unjustified and belligerent attacks on Vladimir Putin and Russia are without any basis in reality; and yet, the controlled media keeps up their daily blitzes on Russia and Putin.

What is our best defense against a government/media structure that seems to be almost impenetrable?

Widespread public knowledge of the above self-evident and provable facts would do the job; but that is a Herculean, if not an impossible, task.