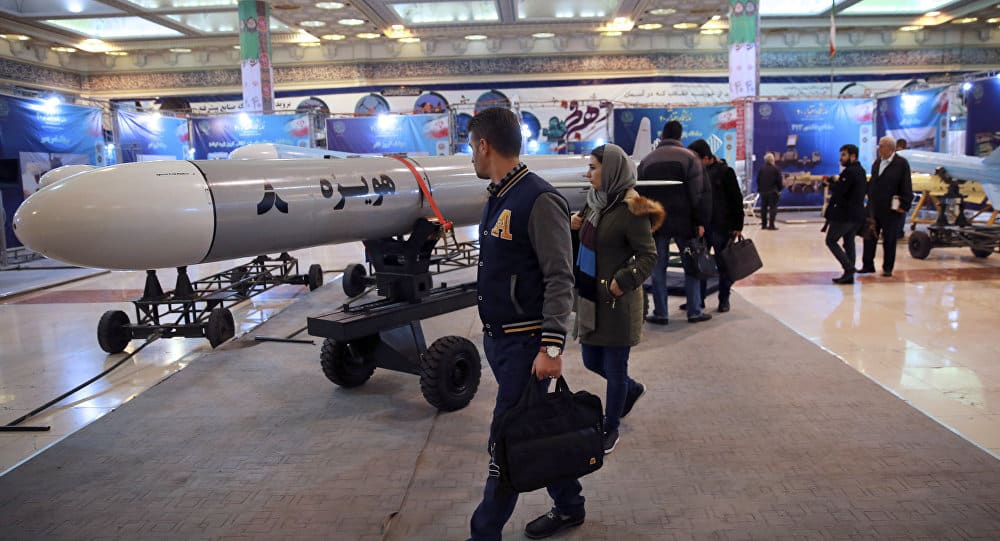 Editor’s note:  DEBKA is an extremely unreliable source for anything, thus, this article is considered FAKE.

Why are the Russians pushing fake information like this, who are they trying to fool and why does it seem so often like the Russian media is controlled by Israel, even more than that of the US?g

Tehran unveiled its new Hoveyzeh heavy medium-range cruise missile over the weekend at a defence exhibition dedicated to the 40th anniversary of the 1979 Iranian Revolution. The missile has a reported range of over 1,350 km, covering much of the Middle East, including Saudi Arabia and Israel.

Neither Israel nor the United States, or any other “military force in the world has so far found an effective means of intercepting cruise missiles before they strike, unless they are short range,” Israeli military intelligence website DEBKAfile reported, citing military experts regarding the Hoveyzeh’s successful test.

Pointing to three Iranian missile tests carried out in rapid succession between 29 December and 2 February, the website noted that “by test number three, the Hoveyzeh, which belongs to the Soumar family of cruise missiles, demonstrated that, while the Israel’s Defence Ministry Research Administration and the US Missile Defence Agency were intent on developing missiles capable of striking targets outside the earth’s atmosphere, the Islamic Republic had succeeded in producing low-flying cruise missiles that fly to target under the radar.”

According to DEBKAfile, the only force capable of putting up any sort of real resistance to cruise missiles are US carrier strike groups, “due to the blanket of concentrated radar, sensors and data processing systems thrown up over a vast area by this heavy concentration of warships, surveillance planes and fighter-bombers.”

Even in this case, however, the report noted that this capability was limited to broad, mostly smooth sea areas, while being “ineffective against cruise missiles over land.”

“Therefore, the successful test of the Hoveyzeh cruise missile is highly significant despite Western attempts to play it down,” the military intelligence site warned.

The Hoveyzeh was unveiled by Iranian Defence Minister Brig. Gen. Amir Hatami on Saturday, with the minister boasting that the cruise missile is capable of low-altitude flight, needs little time to prepare for launch, has a large maximum payload, and is capable of precision strikes. Once deployed, the missile will serve with the Islamic Revolutionary Guard Corps Aerospace Force.The cruise missile joined the large arsenal of Iranian domestically made short-, medium- and long-range missile systems, which the US, the European Union, Saudi Arabia and Israel have argued are a threat to regional security. Iran has insisted that the missiles were a non-nuclear deterrent, and that their possession was “not negotiable” for the Islamic Republic.