Patience, dear friends, the Truth can take its time 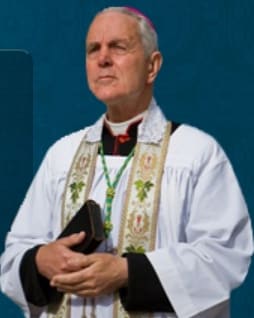 To refute a hollow cause, a real thought-crime.

Many Catholics seem to think that what is called the “Holocaust” has nothing to do with religion. They are very mistaken. Here are two (slightly edited) paragraphs from the handsome tribute paid to the late Professor Robert Faurisson by Jérôme Bourbon, brave editor of the excellent Paris weekly, Rivarol:—

Not only did Professor Faurisson by his research and famous phrase of 60 words threaten the ideological foundations of the world order issuing from World War II, but he also called in question the religion, or counter-religion, of “Holocaustianity.” It is a veritable religion, demanding respect and submission. Its false god requires a homage of adoration, a constant burning of incense before it, a flame to be lit like at Yad Vashem, flowers to be offered, and wailing to go up to Heaven, like at the pilgrimages and processions to Auschwitz and elsewhere, while people must beat their breast, crying out “Never again.”

“Holocaustianity,” taught from primary school to the end of one’s days, by television, cinema and every form of entertainment, does in fact ape all features of the Catholic religion. It has its martyrs (the Six Million), its Saints (Elie Wiesel, Anne Frank), its miracles (“Holocaust” survivors), its stigmatists (tattooed camp-inmates), its pilgrimages (to Auschwitz, etc.), its temples and cathedrals (“Holocaust” museums and memorials), its alms-giving to obtain pardon (never-ending reparation payments to Israel and to “Holocaust” survivors), its relics (camp inmates’ teeth, hair, shoes, etc.), its lives of the Saints (books by Elie Wiesel, Anne Frank, etc.), its torture chambers (gas-chambers), its Gospel (the verdict of the post-war Nuremberg military tribunal), its High Priests and Pontiffs (Simon Wiesenthal), its Inquisition (anti-Revisionist civil law-courts), its laws against blasphemy (strictly forbidding any questioning of the “Holocaust”), its Holy City (modern Jerusalem), its preachers and guardians (all instructors and associations in politics, the media, religion, trade unions, sports and economics), its religious Congregations (World Jewish Congress, B’nai B’rith, AIPAC, etc., etc.), its Hell (for all nationalists – except Israelis! –, all revisionists, all believers in the deicide and in the New Testament replacing the Old, etc.), and its faithful (almost all of mankind).

So here is a sonnet to honour what Prof. Faurisson did to get this monkey off of mankind’s back:—

“The Truth is mighty, and will prevail,” they said.
“Oh no!” one race replied, “the Truth we make –
“We are the Master Race, of all men head,
Our truth is what inferiors have to take!”
And thus a whole mythology arose
From how this race remoulded two World Wars.
On weak minds horror chambers they impose
To fake a god that everyone adores.
Yet one frail Frenchman braved the racist lies –
“Picture us one such genuine chamber – one!”
But pictures there were none to show. With cries
Of rage, the racists knew that Truth had won.
In God, Professor, you did not believe,
But you He used, all races to relieve.