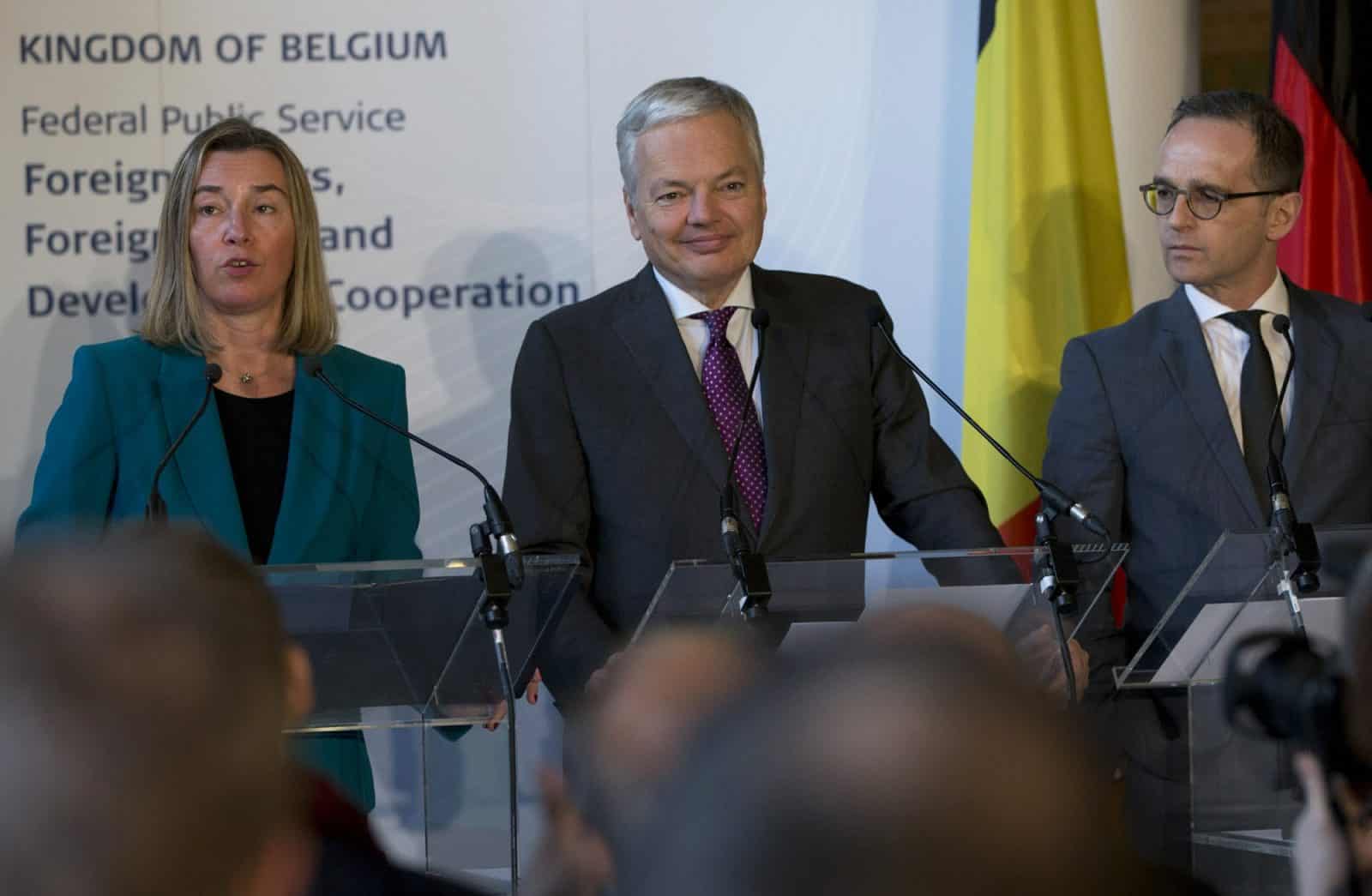 [ Editor’s Note: The EU slips a deal killer into its Special Purpose Vehicle roll out, an additional requirement to enroll in EU money laundering supervision.

Mr. Zarif told them today where they could stick that, as the move was a light form of renegotiating the JCPOA. It looked to me like something of a John Bolton move.

The Europeans took way too long to get this done, and they are trying to slip in these new qualifications, things which can obviously be triggered at a future date to claim Iran was in violation of this or that, which would be a slap in the face to Iran who has been waiting patiently all this time while not getting the benefits the JCPOA members had agreed to.

As my daddy always told me, “Never trust anything a politician says”. But he said the same thing about doctors, and died young in his early 50s for it… Jim W. Dean ]

Addressing a meeting of high-ranking judicial officials on Monday, Iran’s top judge said, “After nine months of dawdling and negotiations, European countries have come up with a limited-capacity mechanism not for exchange of money with Iran, but to supply food and medicine.”

The European signatories to the 2015 nuclear agreement, officially known as the Joint Comprehensive Plan of Action (JCPOA), issued a joint statement on Thursday, announcing the launch of a long-awaited direct non-dollar payment mechanism meant to safeguard their trade ties with Tehran following Washington’s withdrawal from the nuclear deal and in the face of the “toughest ever” sanctions imposed by the United States against the Islamic Republic.

Following months-long preparations, the foreign ministers of France, Germany and Britain finally unveiled the mechanism, officially called the Instrument in Support of Trade Exchanges (INSTEX), after a summit in Bucharest, Romania.

Iran’s Judiciary chief further said, “European countries, which had promised to remain committed to Iran’s nuclear deal after the US withdrawal from it, have now restricted their efforts to INSTEX and have reportedly set two strange conditions for it to become effective.”

They have asked “Iran to join the FATF (the Financial Action Task Force) and start negotiations over its missile program,” before INSTEX enters into force, he added.

“These [European] countries must know that the Islamic Republic of Iran will by no means accept these humiliating conditions and will not give in to any demand in return for a small opening [in sanctions] like INSTEX,” Amoli Larijani emphasized.

He noted that today, European countries are moving in the same direction that the US had moved before “and we [the Iranian nation] must continue to stand fast as [we have] always [done].”

President Donald Trump withdrew the US in May from the landmark Iran nuclear agreement, reached between the Islamic Republic and the P5+1 group of countries in 2015, and decided to re-impose unilateral sanctions against Tehran.

Under the deal, Iran undertook to put limits on its nuclear program in exchange for the removal of nuclear-related sanctions.

Trump’s administration announced the re-imposition of the “toughest” sanctions ever against Iran’s banking and energy sectors with the aim of cutting off the country’s oil sales and crucial exports.

Iran’s nuclear chief said on Saturday that the establishment of the new mechanism to ease trade with Iran is a promising step, but noted the Europeans must act more swiftly and adopt final measures in this regard.

“The Europeans took a promising step in terms of economy and we hope that they will keep racing ahead on the same path,” the head of the Atomic Energy Organization of Iran (AEOI), Ali Akbar Salehi, told reporters.

Despite Washington’s withdrawal, Iran has not left the deal yet, but stressed that the remaining signatories to the agreement have to work to offset the negative impacts of the US pullout for Iran if they want Tehran to remain in it.

On Friday, China’s Foreign Ministry spokesman, Geng Shuang, appreciated the efforts made by European countries to uphold the JCPOA after the US withdrawal from the agreement.

“It (INSTEX) fully demonstrated the EU’s determination to uphold multilateralism. China firmly supports the continued cooperation between the EU and Iran to put the mechanism into operation as soon as possible and open it to third parties so as to promote normal economic and trade cooperation between the international community and Iran,” he said.