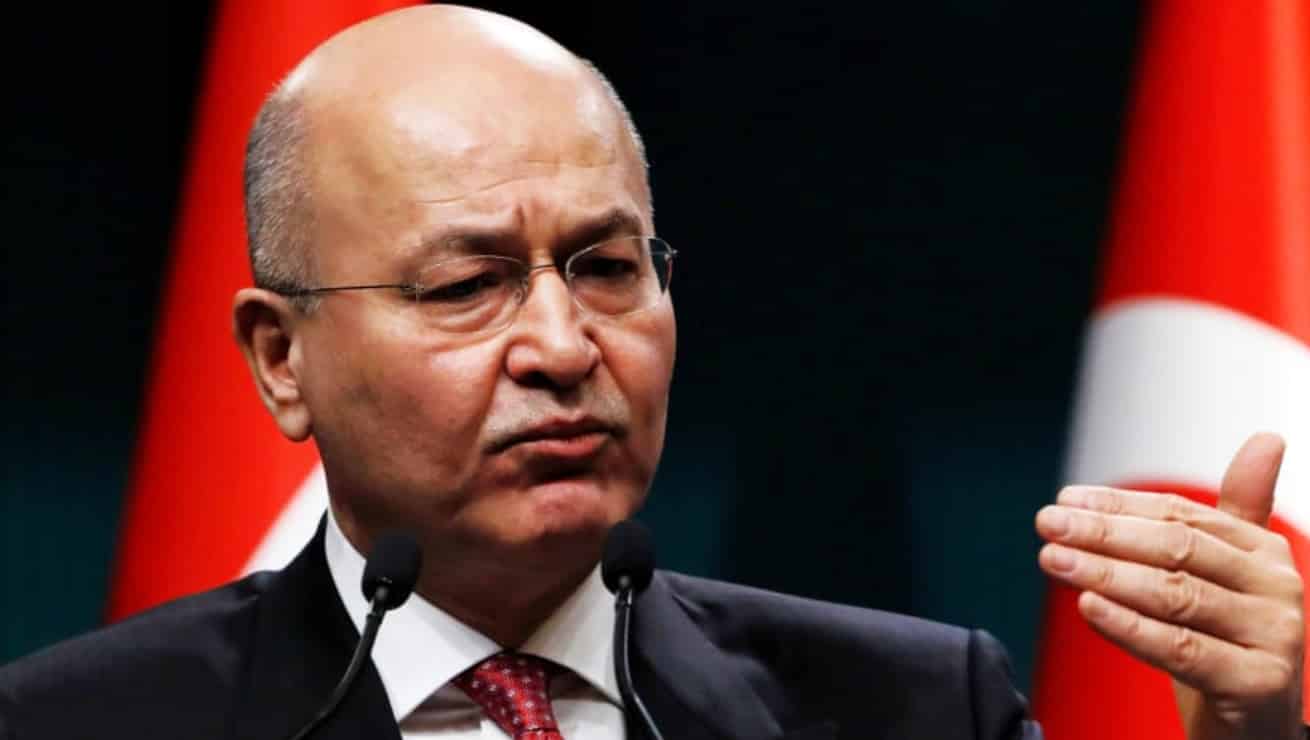 Barham Salih warned that Trump has inflamed a growing call inside Iraq to expel U.S. forces when the president said they’d stay to watch Iran and guard Israel.

Barham Salih hit back at Trump in one of Iraq’s first official responses to the American’s unilateral declaration that he’d keep U.S. troops in the county to protect Israel and keep an eye on Iran.

“The troops … in Iraq are operating based on the agreement between the government of Iraq and the United States for the specific mission of combating terrorism,” Salih said in an on-stage interview by The Daily Beast before an international gathering in Baghdad. “Iraq’s constitution does not allow our territory of our country to be used against our neighbors.”

“Don’t overburden Iraq with your own issues,” Salih added, to applause from the gathering of Iraqi officials, regional diplomats and academics at the Al-Rafidain Center for Dialogue Forum. “Iran is our neighbor … We don’t want to be part of any axis,” American or otherwise, he said.

Trump added further insult by failing to meet Iraq’s prime minister in person when he visited here in December, instead talking to him by phone.