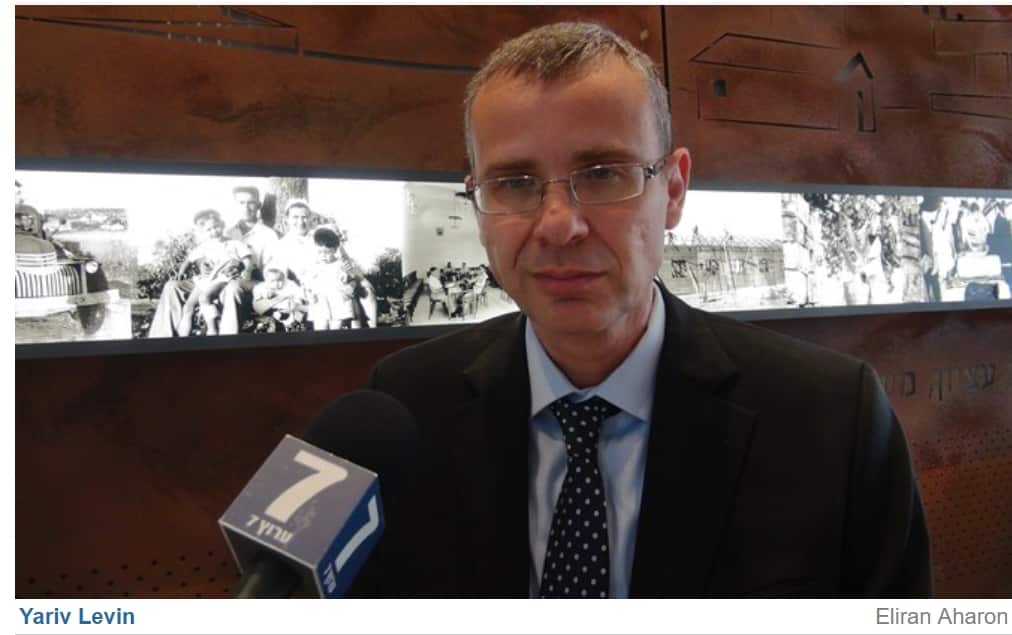 Tourism Minister Yariv Levin attacks Gantz: He is full of arrogance, thinking it is possible to lead a country without prior experience.

Minister of Tourism Yariv Levin (Likud) on Sunday blasted former IDF Chief of Staff Benny Gantz in an interview with Arutz Sheva, and expressed hope that the public will be able to provide an answer at the polling stations to the indictment that is expected to be filed against Prime Minister Binyamin Netanyahu subject to a hearing.

Relating to Gantz’s election speech last week, Levin said, “There were leftist clichés and lots of arrogance there, arrogance that one can come without any experience, not in the political sphere and not in the economic realm, without having spent a day in the Knesset, and already to lead a state. I think this shows contempt for the public and a lack of real understanding of the prime minister’s role.”

“When we use this expression of Tzipi Livni, ‘we will preserve the settlement blocs’, we say in effect that we will carry out a second ‘mega disengagement’ with the expulsion of tens of thousands of Jews from their homes, with the demolition of dozens of communities. I am convinced that the public will understand this and eventually vote for the right at the polling stations.”

Is the unification of the right-wing parties an option?

“The current split is very dangerous, and it could also lead to a loss of votes because of parties that will not pass the electoral threshold and could also lead to the fact that the task of forming a government will not be put in the hands of Binyamin Netanyahu. I hope that the right-wing public will vote for the Likud and bring about a situation in which these parties will be forced to unite or disappear from the map, because this split ultimately harms both the ability to form a government as well as the ability to run it.

Will the Likud be harmed if the Attorney General decides to file an indictment against Netanyahu subject to a hearing even before the elections?

“This is a very serious incident in the very fact that it is a blatant intervention in the election campaign, something unprecedented. I can tell you clearly – these cases deal with matters that are not even on the ethical level, and are certainly not criminal. This is a truly global precedent of intervention and the transformation of the issue of relations between public figures and the press into something criminal.”

“The attempt to do this during elections with all these leaks is a serious thing, but I trust the Israeli public to know how to distinguish between bad and good, between truth and lies, and to provide a crushing response in the ballot box with a vote for the right and especially the Likud.”