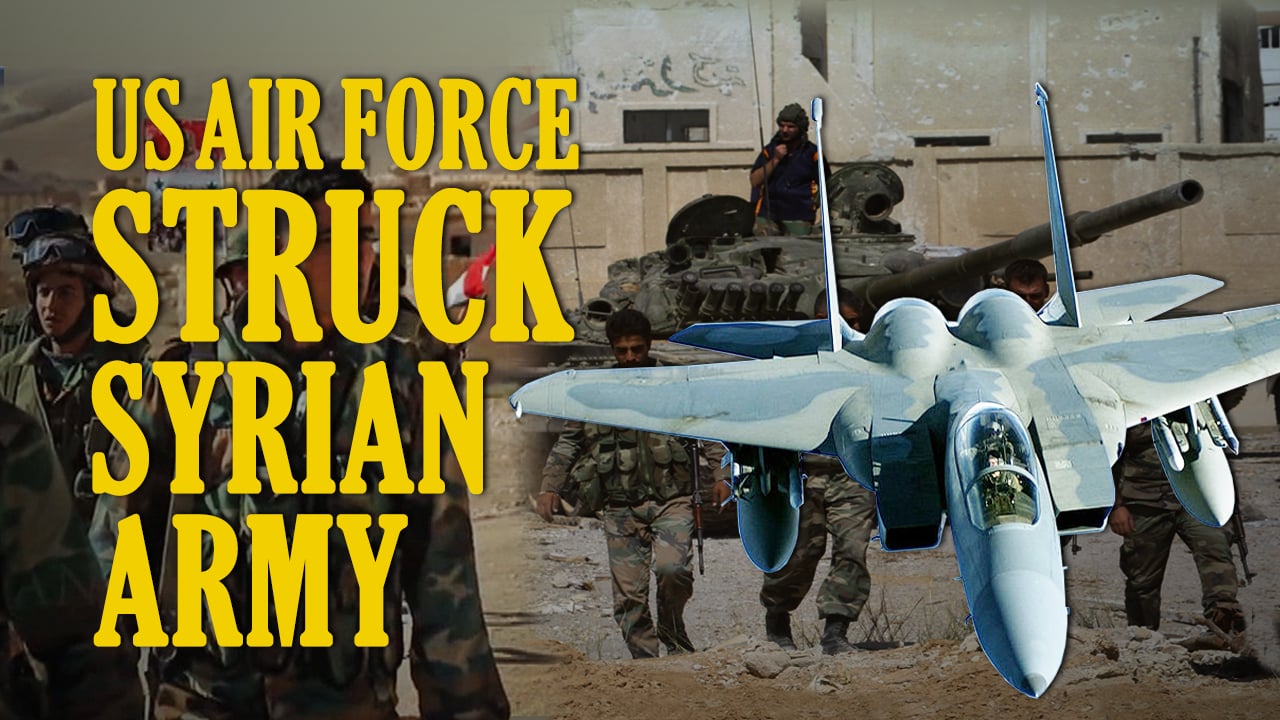 Late on February 2nd, a US-led coalition warplane attacked an artillery position of the Syrian Arab Army (SAA) in the area of al-Sukkariya west of the town of al-Bukamal in the province of Deir Ezzor. According to the Syrian Defense Ministry, one artillery piece was destroyed and 2 SAA soldiers were injured.

In December, the Syrian military accused the US-led coalition of launching ground-to-ground rockets at positions of the SAA’s 21st Brigade around the area of al-Tanaf. However, the coalition claimed that the attack targeted an ISIS commander.

It’s interesting to note that the February 2 strike came a day after the SAA ambushed a group of ISIS members and destroyed their vehicle. Government forces seized weapons, IEDs and medical equipment belonging to the ISIS members. Some sources say that the terrorists had attempted to deliver medical supplies to their counter-parts operating within the US-occupied area of al-Tanf. ISIS successfully exploits the US-led coalition hostile behavior towards the Damascus government and hide from SAA operations in the US-proclaimed “security zone” near al-Tanf.

More than 800 foreign terrorists from over 40 countries are detained by the US-backed Syrian Democratic Forces (SDF), Department of Defense spokesman Cmdr. Sean Robertson told CNN on February 2. According to reports, U.S. officials believe that the number of detained foreign terrorists is likely to grow as many of those fighters remaining in the ISIS-held pocket in the middle Euphrates River Valley will fail to escape.

Despite this, at least one group of ISIS members was able to reach the border during a recent counter-attack in the Euphrates pocket and to flee to western Iraq.

Meanwhile, reports circulate that the US Special Operations Forces have deployed a special unit in eastern Syria to search and capture wanted ISIS members, including Abu Bakr al-Baghdadi.

In the Idlib de-escalation zone, clashes and artillery duels continue to erupt in northern Hama, southern Idlib and western Aleppo. The situation is expected to become even worse as Hayat Tahrir al-Sham has once again found understanding with another al-Qaeda-like terrorist group operating in the area, Houras al-Din.