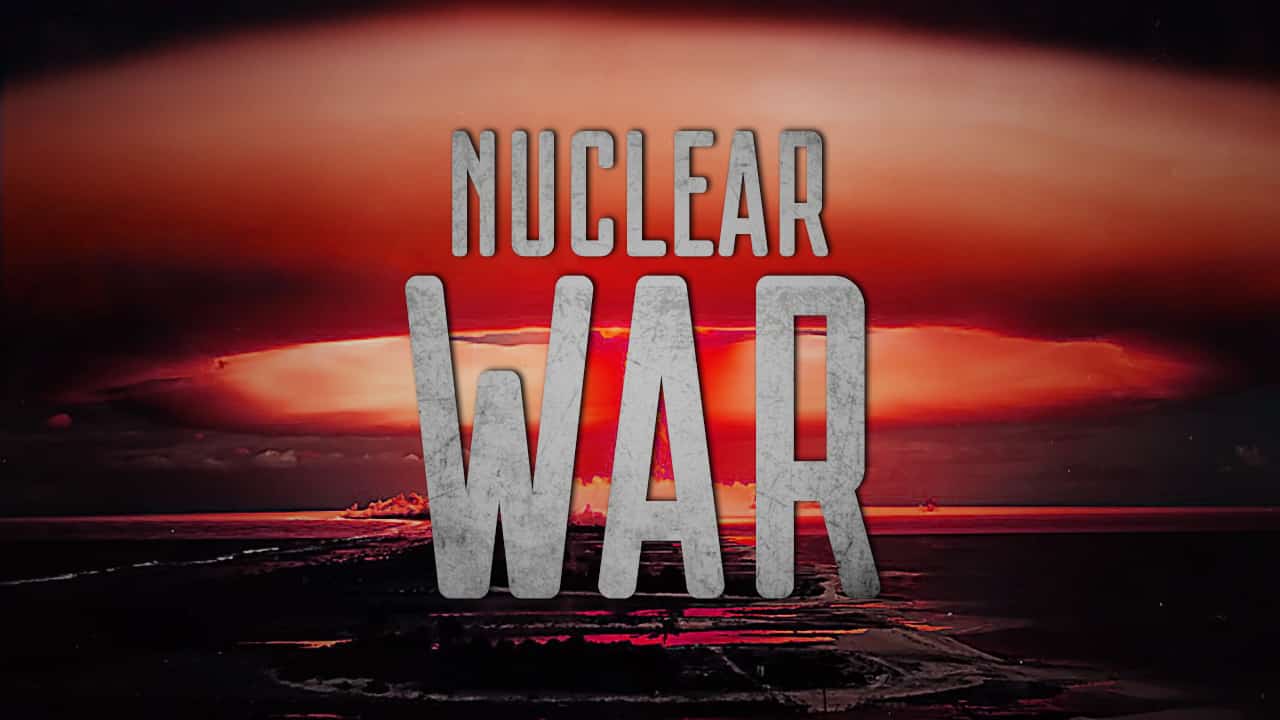 For more than 30 years, the Intermediate-Range Nuclear Forces Treaty (INF) has been one of the cornerstones of the international security system. This ended on February 2, 2019 when the US officially suspended its participation in the Treaty. Washington said that it will fully terminate the treaty in 6 months if Russia does not comply with its ultimatum – the “verifiable” destruction of what Secretary of State Mike Pompeo described as “INF-violating missiles, their launchers and associated equipment”. US President Donald Trump said in an official statement that the US “will move forward with developing” its “own military response options” and will work with NATO members and other allies “to deny Russia any military advantage from its unlawful conduct.” By this statement, Trump in fact announced that the US is restoring production and deployment of INF-banned weapons.

On the same day, Russia also halted participation in the Treaty. President Vladimir Putin said that Russia will no more initiate talks to try and save the deal and publicly gave a green light to development of a mid-range hypersonic missile and a ground-based model of the sea-launched cruise missile Kalibr.

The US withdrawal from the Treaty can be traced back to 2013-2014, when Washington, during the administration of President Obama, started to accuse Russia of violating the INF. The US claimed that between 2008 and 2011, a ground-based cruise missile was tested at the Kapustin Yar test site (Russia’s Astrakhan region) that achieved a range greater than 500 km which is prohibited under the Treaty. Under the Trump administration, Washington and the NATO leadership continued to accuse Russia of violating the INF. US Secretary of Defense Jim Mattis and the Permanent US Representative to NATO Kay Bailey Hutchison have stated that Moscow has a new 9M729 missile, describing it as a land-based version of the Kalibr submarine launched, medium-range missile. This attitude is based on the assertion that Russia understates the officially disclosed characteristics of the missiles under development and currently equips the OTMS Iskander (operational tactical missile system) with missiles violating the Treaty.

The White House National Security Adviser John Bolton is also a longtime supporter as well as initiator of the idea of withdrawal from the agreement. He has repeatedly said that the bilateral nature of the treaty is its disadvantage. He claimed that the INF Treaty is limiting the ability of Moscow and Washington to strengthen their potential, while the threat of building up weapons of this type is increasing from third parties – in particular from China and Iran. According this point of view, the main reason of the US withdrawal from the INF is the strengthening of the Chinese nuclear potential, as well as the emergence of new types of intermediate and shorter range missiles in its arsenal. Therefore, the United States’ decision to withdraw from the treaty is not so much due to the fact that there is any evidence of Russia having prohibited missiles, but rather because China is increasing its capabilities in intermediate and shorter-range missiles. As a result of this reality, the United States feels limited in its ability to counter such a military threat.

However, the aforementioned reasons are largely just a formal pretext. The underlying reasons to withdraw from the contract are different.

The U.S. Armed Forces have held the dominant position on the planet for the past 25 years. The absence of an equal opponent has led to the U.S. Army and Navy’s complacency and relaxation, and if these negative tendencies are not stopped, they will also lead to a degrading of readiness and capability. The U.S. military-industrial complex produced its last nuclear warhead in 1991. The last U.S. ground-based intercontinental ballistic missile was commissioned in 1986, and then their production was discontinued. The production of the Trident II (D5) submarine-launched ballistic missile was discontinued in 2010. In order to eliminate the scientific and technical gap in the field of nuclear missile weapons, the US Department of Defense adopted the Nuclear Posture Review program in 2018, the implementation of which requires 400 billion dollars. In this regard, the main reason for the US withdrawal from the INF Treaty can be considered President Trump’s attempt to saturate the domestic military-industrial complex with money, launch new weapons designs and then, of course, sell these weapons. Thus, the question arises, other than the U.S. military, who will buy such weapons? Only those nations who have small militaries, or weapons systems that are too old and under threat of actual physical destruction. Trump has repeatedly stated that NATO countries spend too little on their defense contributions to the organization. But in order to force European countries to buy US weapons, the usual anti-Russia and Iran rhetoric is not enough. More radical means are needed to this end, such as coercion, manipulation and threats. The most sophisticated of these methods is the US withdrawal from the INF Treaty. Now, European countries will likely be forced to buy US air defense/missile defense systems and spend astounding amounts of money that will finance the US military-industrial complex. The accusations against Russia are used as a pretext for the United States to save face on the international stage.

From its turn, Russia is concerned by the deployment of weapons in Europe, which are in one way or another a likely violation of the INF. These include unmanned combat aerial vehicles, which, due to a combination of characteristics, can carry or are themselves intermediate-range missiles. Of similar concern is the transfer of the Mk-41 launchers of the ship-based combat information and control system Aegis from ships to land-based facilities (the Aegis Ashore program). In Romania, the Aegis Ashore facility is based at the Debeselu air base (3 batteries with 8 SM-3 Block IB missiles) and in Poland a second installation is currently under construction at the village of Redzikovo. These launchers are not only platforms for SM-3 anti-ballistic missiles, but also potentially for Tomahawk land attack cruise missiles. The positioning of these intermediate range missiles on land is forbidden under the INF Treaty. In addition, a number of Russian military experts have expressed concern over the development of the United States X-51A Waverider Hypersonic Cruise Missile. This hypersonic missile is not subject to the INF Treaty, but it has the characteristics of a shorter-range cruise missile. Furthermore, the United States is actually violating the INF when it tests its anti-ballistic missile systems. In order to test missile defense systems, intermediate- and shorter-range mock missiles are used for the Hera, MRT, Aries, LV-2, Storm, Storm-2, and MRBM complexes. The Russian Defense Ministry also said on February 2 that the US had been preparing production facilities for INF-banned missiles since at least June 2017.

Either way, both the US and Russia have developed and are developing intermediate and short range missiles in one way or another. Both nations are able to fully continue developing missiles as mentioned above, and commission them into active use. Therefore, the irrevocable withdrawal from the treaty could unleash a new arms race similar to that experienced in the 1980s.

Furthermore, with the release of Russia and the United States from the INF Treaty, the START-3 (Strategic Arms Reduction Treaty) loses its meaning, and as a result, the entire non-proliferation system starts to collapse. Europe and especially its eastern countries become hostage to the created situation. This fact will greatly complicate the already quite complex US relations with its European allies. As for the US, the consequences of the exit for them will not be as dire as they would be for Russia. In the event of a conflict, only the bases and locations of the US Armed Forces in Europe would be in range of intermediate and shorter range missiles. Russia on the other hand, cannot provide a reciprocal answer to the US withdrawal from the INF Treaty. Russia does not have military bases near US territory, where a large number of intermediate and shorter range missiles could be deployed. However, this does not mean that Moscow does not have weapons in its arsenal other than intercontinental ballistic missiles, to counterbalance the threat from the United States. In addition to the traditional US deterrence factor; the threat of guaranteed nuclear annihilation, recently a new generation of cruise missiles began being delivered to the Russian Navy and strategic aviation. It is obvious that these missile programs will be revised to reflect the new strategic realities post-INF, and will be accelerated accordingly. It is worth noting that, due to the small size of the Russian military relative to that of the Soviet Union, it is not realistic to expect military actions in the European theater with the use of combined armed forces. In the event of a conflict, the Russian military leadership may have to create a zone of continuous destruction of the infrastructure, or even a zone of radioactive contamination with tactical conventional and nuclear weapons, which will be delivered via intermediate and short range ballistic missiles. This zone of destruction would most likely be created along its borders from where the enemy predominantly attacked Russia in the 19th and 20th centuries – Eastern Europe.

Consistently nulling the system of strategic missile restrictions with Russia, the United States does not want and does not intend to abide by the previous agreement or, alternatively, build a multilateral system of agreements in which China, Pakistan and India could participate. Consequently, the United States intends to continue to dictate its conditions to the entire world. Supremacy in the field of strategic offensive weapons, an effective missile defense system, and the deployment of intermediate and shorter range ballistic missiles in Europe or the Pacific is nothing more than a dangerous utopia that does not add security to the United States or its allies.

More than thirty years after the signing of one of the fundamental agreements in the field of global security on both sides of the ocean, possible nuclear annihilation once again became one of the key factors threatening European security.