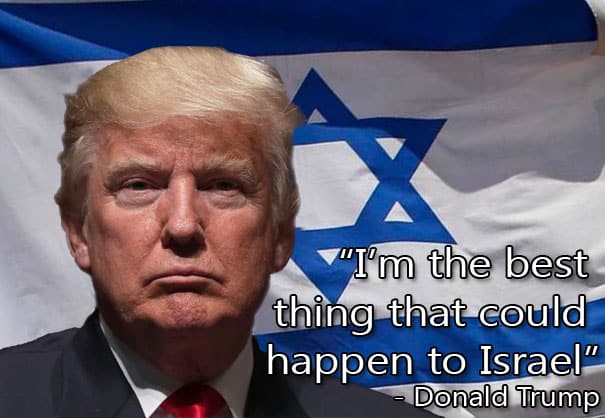 Jared Kushner’s puppet, Donald Trump, has achieved new heights of Holocaust fervor and reality denial. He devoted a good portion of his State of the Union to eulogizing “history’s greatest crime,”

Tonight, we are also joined by Pittsburgh survivor Judah Samet…. [M]ore than seven decades ago, he narrowly survived the Nazi concentration camps. Today is Judah’s 81st birthday. Judah says he can still remember the exact moment, nearly 75 years ago, after 10 months in a concentration camp, when he and his family were put on a train, and told they were going to another camp.

So, we are supposed to believe that in the maelstrom of spring, 1945, the genocidal Germans kept 7-year-old Judah alive for 10 months at Bergen-Belsen, despite crippling shortages of food, fuel, ammunition and personnel.

German civilians were being annihilated in their tens of thousands in vicious firebombing, thousands of German women were being raped by Soviet (and British and American) troops.

Yet the evil Germans allocated an entire train to evacuate little Judah and his parents in March or April of 1945. Chilling.

Like so much of the substantially false mainstream Holocaust narrative, the story strikes one as utterly incredible. According to Trump’s retelling:

Suddenly the train screeched to a halt. A soldier appeared. Judah’s family braced for the worst. Then, his father cried out with joy: “It’s the Americans.”

According to Judah, his liberation occurred at Berlin at the hands of an American tank crew. Given that the SS handed over Bergen-Belsen to the British on April 15th, the train must have been dispatched eastward at some point before then. This is all technically possible, but highly unusual if one assumes that the Germans were bent on genocide. It’s also unusual given the constraints of time and space: 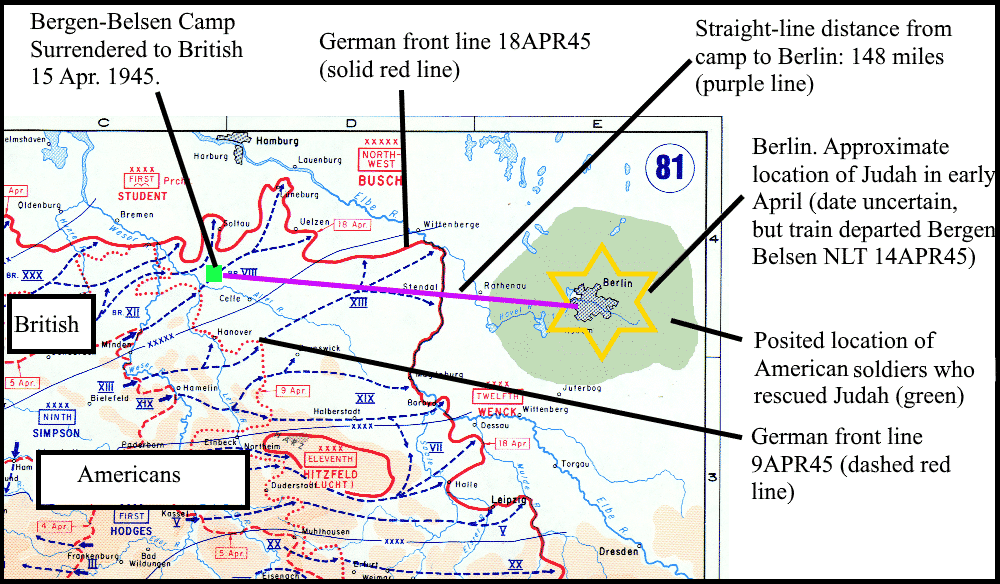 Maybe he was found by a recon unit who were approximately 150 miles beyond the April 9th allied front, operating in direct contravention of Eisenhower’s orders not to advance East of the Elbe. Whatever, it doesn’t really matter. It only bothers me because I’m autistic.

In fact, if the rest of his story is true, it is much more likely that the soldier who found him was a Russian.

But other people are noticing discrepancies too. In a tweet that will probably be cited as evidence at his future thought-crime trial, Ramzpaul noted: 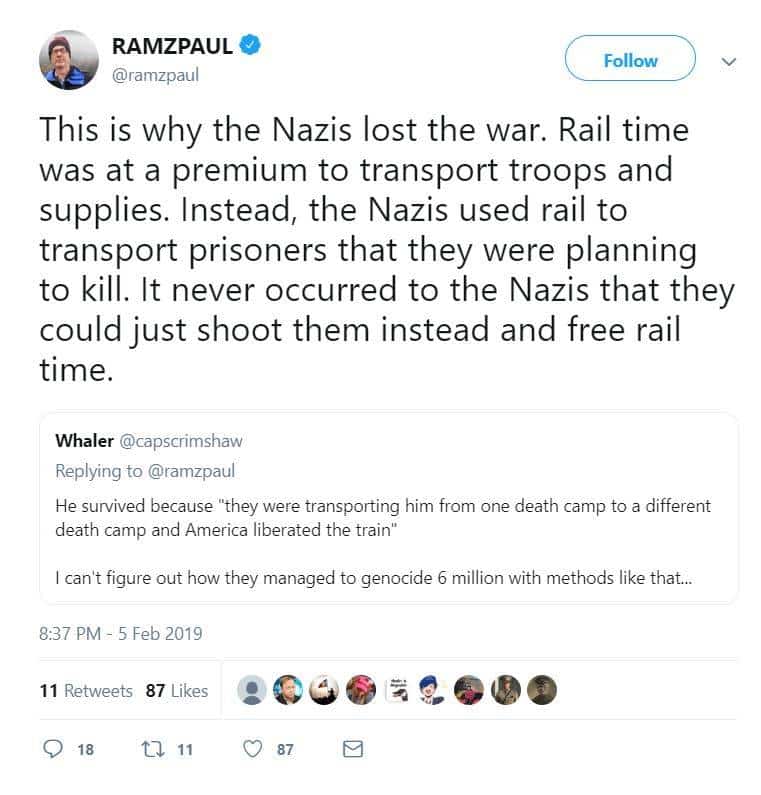 Quite less than optimal efficiency. Forget about shooting Judah in April ’45… Why was this unfit-for-labor child transferred from Debrecen, Hungary in June/July ’44 toward Auschwitz, only to be rerouted to a lumberyard in Austria, then on to Bergen-Belsen, where he was lived for 10 months if the end goal was to kill him? Why did his parents survive to be liberated if all Jews were slated for extermination?

Was the SS full of raving imbeciles?