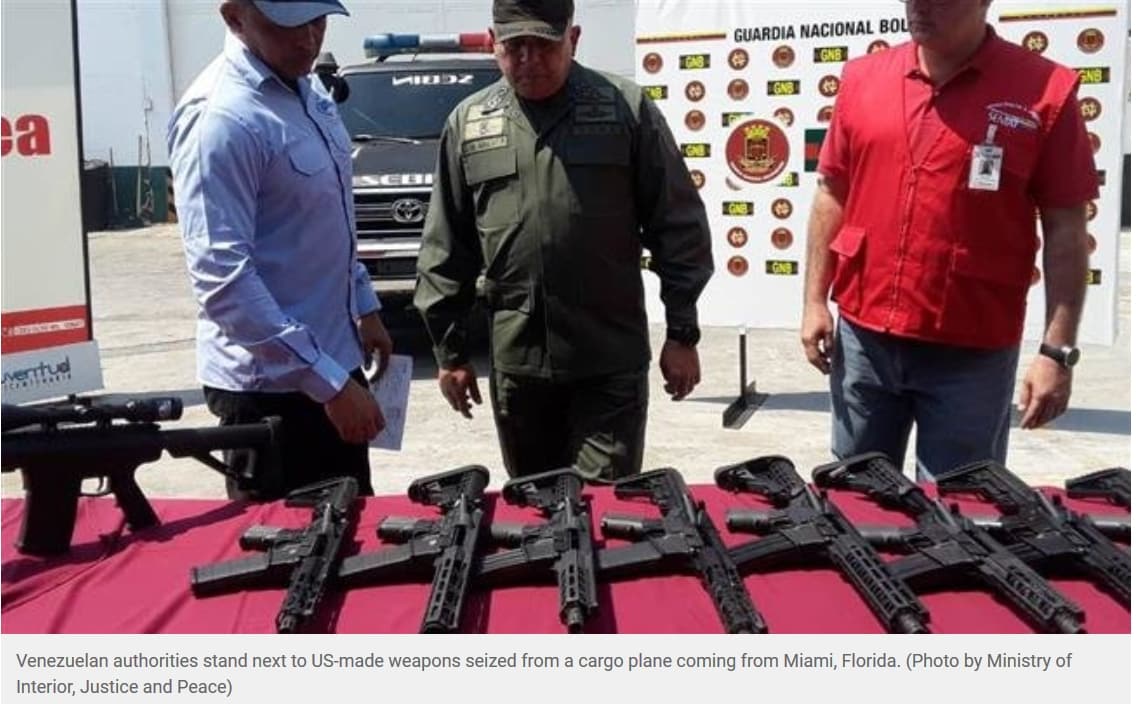 Venezuela says it has seized a large shipment of US-made weapons aboard a cargo plane that had taken off from Miami, Florida, days after US President Donald Trump repeated his threats of taking military action against the Latin American country amid an ongoing political rift.

Representatives from the Venezuelan National Guard and the National Integrated Service of Customs and Tax Administration (SENIAT) found the weapons aboard a plane that had landed at the Arturo Michelena International Airport in the city of Valencia on February 3.

Venezuelan authorities have launched an investigation to identify the source of the weapons.

After months of clashes over economic and political issues, Venezuela further plunged into crisis last month when Juan Guaido, the president of the national assembly of Venezuela, proclaimed himself “interim president” and urged President Nicolas Maduro to resign.

The Trump administration rushed to support the self-proclaimed Venezuelan president, warning Maduro that it would consider all options, including military action, to remove him from power should he refuse to step down peacefully.

Maduro has accused the US of orchestrating a “coup” against his government. He has also made it clear that he is open to dialogue with Guaido.

Trump said in an interview with CBS on Sunday that military action against Caracas remained “an option.”

On Saturday, Vice President Mike Pence doubled down on Washington’s support for Guaido on Saturday, saying the Trump administration will forgo “dialogue” and consider “all options” to help him against Maduro.

Washington has been leading an international campaign of economic and diplomatic pressure against Maduro, including imposing sanctions on Venezuela’s state-owned oil company.

Trump reiterated his support for Guaido during his State of the Union (SOTU) on Tuesday, calling him the ” legitimate” leader of Venezuela.

Besides the US, other major Western powers such as the UK, France, Spain and Germany have recognized Guaido as president.

Russia, China, Iran and Turkey are some of the countries who have thrown their support behind Maduro.