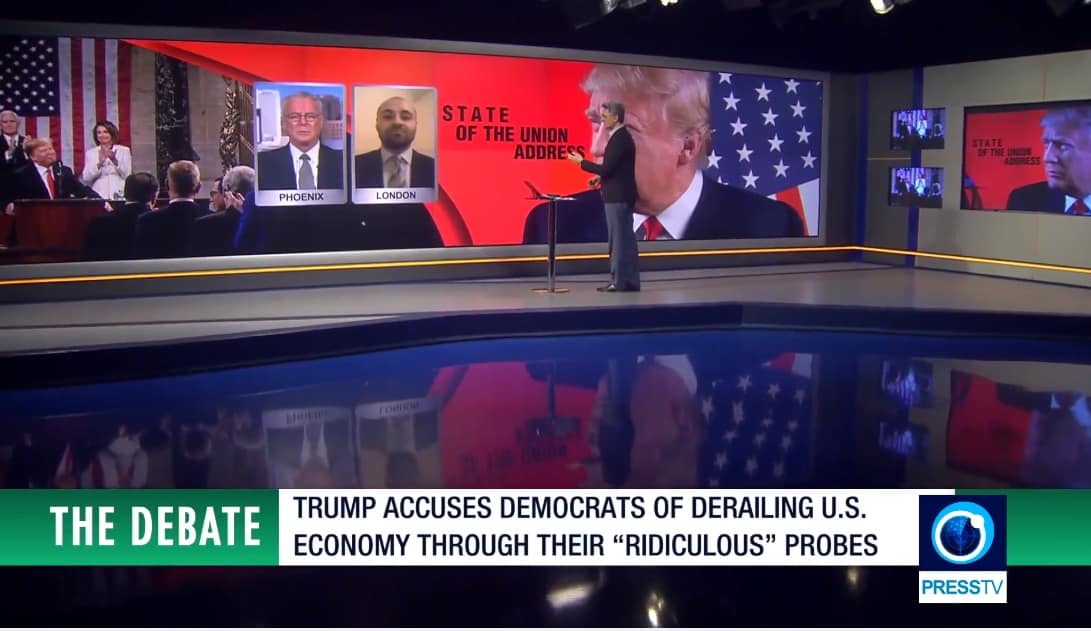 US president Donald trump delivered his second State of the Union in a bitterly divided Washington on Tuesday.

Trump attacked Democrats and Special Counsel Robert Mueller in his address. Despite Trumps divisive remark, he called for unity. The US president touched upon several domestic issues as well as global ones. They ranged from the immigration problem, to North Korean denuclearization, regime change in Venezuela, the Iran nuclear deal, the row over Chinese imports, US military presence in the middle east, etc.