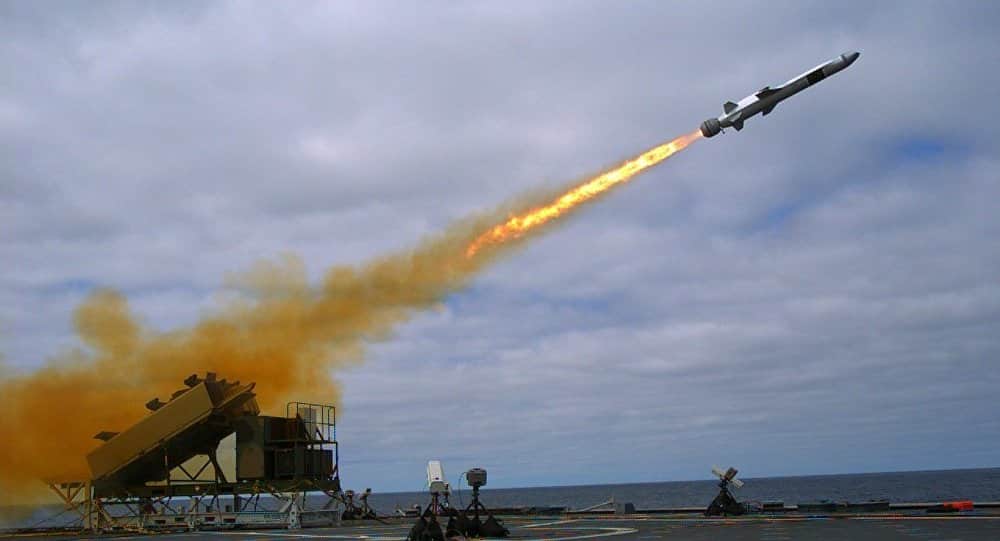 Russia Today: Washington announced its suspension of obligations under the Intermediate-Range Nuclear Forces (INF) Treaty on 1 February, claiming that it would withdraw from the agreement unless Russia “returns to compliance” within 6 months.

The Russian Defence Ministry stated on Thursday that the United States had been violating the INF Treaty, creating conditions for the production of missiles banned by the agreement.

“Despite the openness of the Russian Defence Ministry to a substantive dialogue on the parties’ fulfilment of their obligations under the INF Treaty, the United States has not provided any evidence to support their stated position. At the same time, the United States has not taken the required action to eliminate the breach of its own obligations under the treaty”, Russian Defence Ministry spokesman Maj. Gen. Igor Konashenkov added.

At the same time, Moscow proposed that the US destroy its strike aerial drones, as they fall under “land-based cruise missile” category.

According to Konashenkov, Moscow also urged Washington to return to compliance and destroy its MK-41 systems designed to launch Tomahawk cruise missiles.

Last week, US Secretary of State Mike Pompeo announced that Washington would suspend its obligations under the Intermediate-Range Nuclear Forces (INF) Treaty and begin a six-month withdrawal process. The following day Russian President Vladimir Putin stated that Moscow was providing a mirror response.

Former Democratic presidential candidate Hillary Clinton has slammed the Trump administration’s decision to pull out from the INF Treaty as a “gift to [Vladimir] Putin”.

READ MORE: Moscow: No Evidence of INF Violations as US Suspends Obligations Under Treaty

Speaking at an event hosted by Georgetown University’s School of Foreign Service and its Institute of Politics and Public Service on Wednesday night, she claimed that the current administration withdrew “without really holding Putin accountable for his cheating on the treaty”.

“I think there is agreement, it started in the Obama administration, that the Russians were not only developing intermediate-range capacity, but deploying it — and so, when that happens… it seems to me that you want to do some public diplomacy. We clearly have pictures and we clearly know a lot about their cheating, and we should have done a better job in making it abundantly clear, not only to the American people but the Russian people, and Europeans, and others who are on the front lines, that the Russians were evading responsibilities in the INF”, Clinton said.

She went on to tell the crowd that instead of demanding talks on the matter, the US decided to pull out, and claimed that Russia was going “to go forward and develop even more of these” weapons.

READ MORE: Russia to Exit INF Treaty After 6 Months in ‘Mirror Response’ to US — FM Lavrov

Looking at the situation from a global perspective, Clinton suggested that the world could face some bleak prospects following the collapse of the landmark treaty:

“It increases the unpredictability, and I believe the danger, that can come from throwing around more missiles and weapons of all kinds, but particularly nuclear ones, within the European theatre. […] The last thing the world needs right now is a nuclear arms race”.

Last week, US Secretary of State Mike Pompeo announced that Washington would be suspending its obligations under the INF Treaty starting on 2 February.

Pentagon Official: No Plans to Develop New Missiles After End of INF Treaty

He further said that the accord would be entirely terminated if Russia doesn’t meet Washington’s demands regarding the alleged treaty violations, namely to destroy all ground-based 9M729 missiles and their launchers, as well as other associated equipment that purportedly breached the agreement.Pompeo stated that Russia has six months to save the deal while the US goes through the process of withdrawing from it.

Shortly after the withdrawal announcement, Russian President Vladimir Putin held a meeting with Foreign Minister Sergei Lavrov and Defence Minister Sergei Shoigu, during which the head of state said that Moscow was suspending its obligations under the INF Treaty in response to Washington’s move. While saying that Moscow was still open to negotiations, President Putin instructed the ministers not to initiate talks on the matter.

In addition, President Putin stressed that the use of target rockets and the deployment of Mk 41 launchers in Europe since 2014 by the United States was a direct violation of the arms control treaty and reiterated that Moscow had been fully complying with the agreement.

Putin further emphasised that notwithstanding reciprocal measures, Russia should not and would not be drawn into an arms race.In December, the US gave Russia a 60 day warning about withdrawing from the treaty, asking Moscow to return compliance by destroying the missiles that allegedly violate the treaty. The 60 days were up at the beginning of February.

The United States has repeatedly accused Russia of violating the 1987 treaty with the development of its 9M729 ground-based missile systems (known as the SSC-8 under US classification), which Washington claimed had a range of over 1,000 km, while the agreement bans missiles with ranges between 500 and 5,500 km.

Moscow has vehemently denied the claims, citing a lack of proof, and stressed that the range of these weapons was 480 km, which is in full compliance of the INF.

The INF Treaty was signed by the Soviet Union and the US, and envisages the destruction of all nuclear-armed ground-launched ballistic and cruise missiles with ranges between 500 and 5,500 kilometres (about 300 to 3,400 miles).