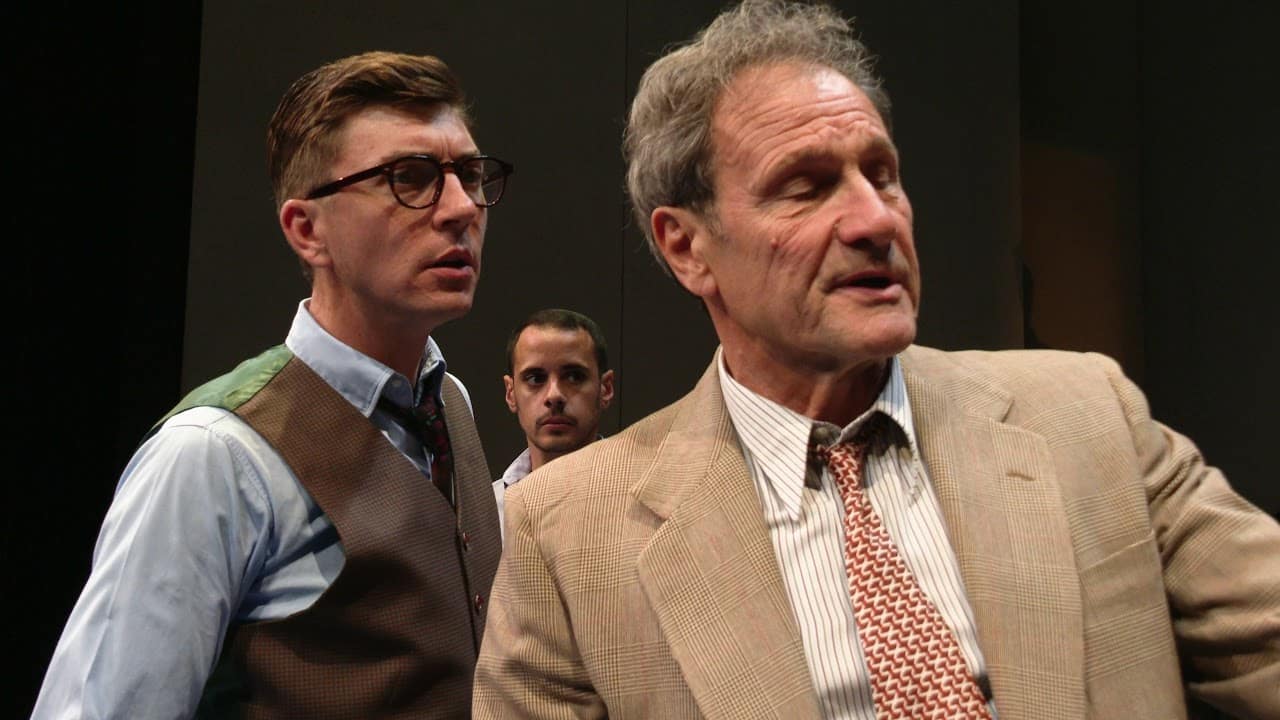 Didier Lambert and I went to see this fascinating play in French  “12 Hommes en Colere” on January 2, 2019, at Théatre Herbertot in Paris.

This American, play written by Réginald Rose in 1953, was adapted, into French by Francis Lombrail, directed by Charles Tordjman. 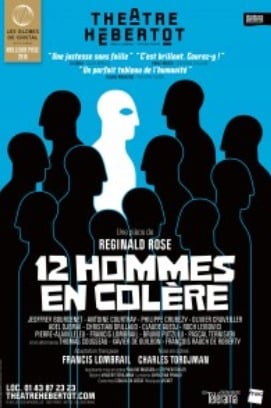 Before the play began an announcer told the audience that the play had received the award for best play of Globes de Cristal 2018.

While the plot is well known it is still relevant because in the USA we have trials by jury.

The twelve jurors must decide if a young black man killed his father. At first, all the jurors except No.8 vote guilty.  The jury has to give a unanimous vote and if it is guilty the young man will be executed by an electric chair. At first, the evidence seems plausible but then no;8 shows that he has the same kind of knife as the black youth so the knife was not unique.

Other testimonies given by witnesses at the hearing before being proven not to be valid.

The actors were excellent and captured our attention; There were good debates. The audience listened in suspense; Particularly the juror who was a father of a family and had not seen his own son in years was touching.

In the end, the young man is acquitted because the jury could not justify the evidence against him was true.

It is very important that justice be done and that people are innocent until proven guilty.