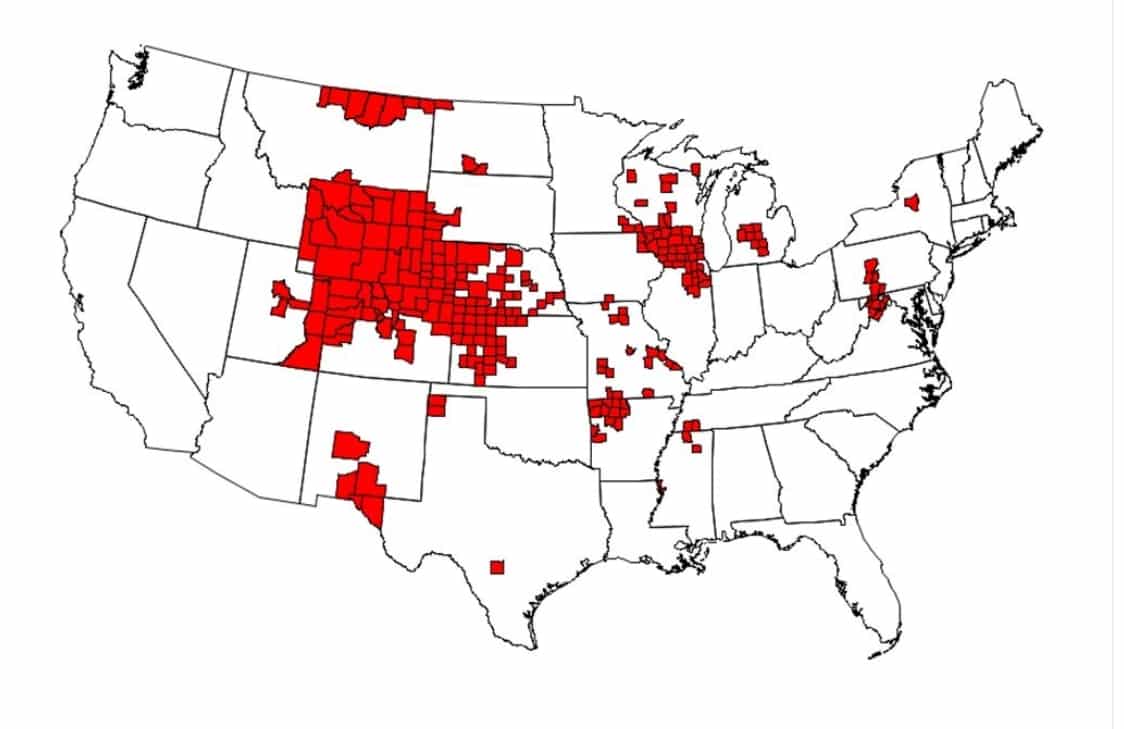 Russia Today: An incurable, mad-cow-like brain infection nicknamed “zombie deer disease” that causes deer, elk and moose to behave strangely and aggressively has spread through half the US – and some fear it may soon turn up in humans.

Chronic wasting disease (CWD) renders its victims uncoordinated, confused and aggressive, while also causing them to lose weight and – eventually – their lives, giving rise to the nickname “zombie deer disease.” Sick animals walk in repetitive patterns and lose all fear of humans, developing a vacant stare.

Like mad cow disease, CWD attacks the brain and spinal cord and is believed to be caused by prions, infectious proteins that travel in bodily fluids and remain contagious for years after leaving the body of their host. Also like mad cow disease, in its early days at least, some scientists have scoffed at the notion it can be transmitted to humans. Others see history repeating itself.

“It is probable that human cases of CWD associated with the consumption of contaminated meat will be documented in the years ahead,” Michael Osterholm, director of the University of Minnesota’s Center for Infectious Disease and Research Prevention, warned lawmakers at the Minnesota Capitol on Thursday.

Minnesota is currently in the throes of its worst-ever CWD outbreak. The disease is incurable, and its long latency period means symptoms can take as long as a year to show up – meaning a hunter could shoot a healthy-looking deer and take it home for dinner without knowing he was consuming infected meat. While a Canadian study demonstrated last year that macaques fed with CWD-infected meat developed the disease, leading Canadian authorities to issue a health advisory, the CDC merely “recommends” against eating infected deer, and US wildlife agencies say eating the virulent venison is a “personal choice,” according to the Twin Cities Pioneer Press.

Also on rt.com Two-headed deer: Hunter makes disturbing kill (PHOTOS) “If Stephen King could write an infectious disease novel, he would write about prions like this,” Osterholm said, reminding Minnesota lawmakers that public health experts and beef industry executives refused for a long time to believe mad cow could infect humans as well – until researchers confirmed the presence of its human variant, Creutzfeldt-Jakob disease, in people who had eaten infected meat in 1996.

CWD infection rates are sky-high among some US captive deer populations, reaching 79 percent, according to the CDC. Even in the wild, in some areas more than one in four deer are infected with the disease. The report stresses CWD incidence is “relatively low” nationwide, but pockets of high incidence in the Midwest have researchers worried, including the University of Minnesota team, who are looking to develop a rapid-testing device to be used on live and dead animals.