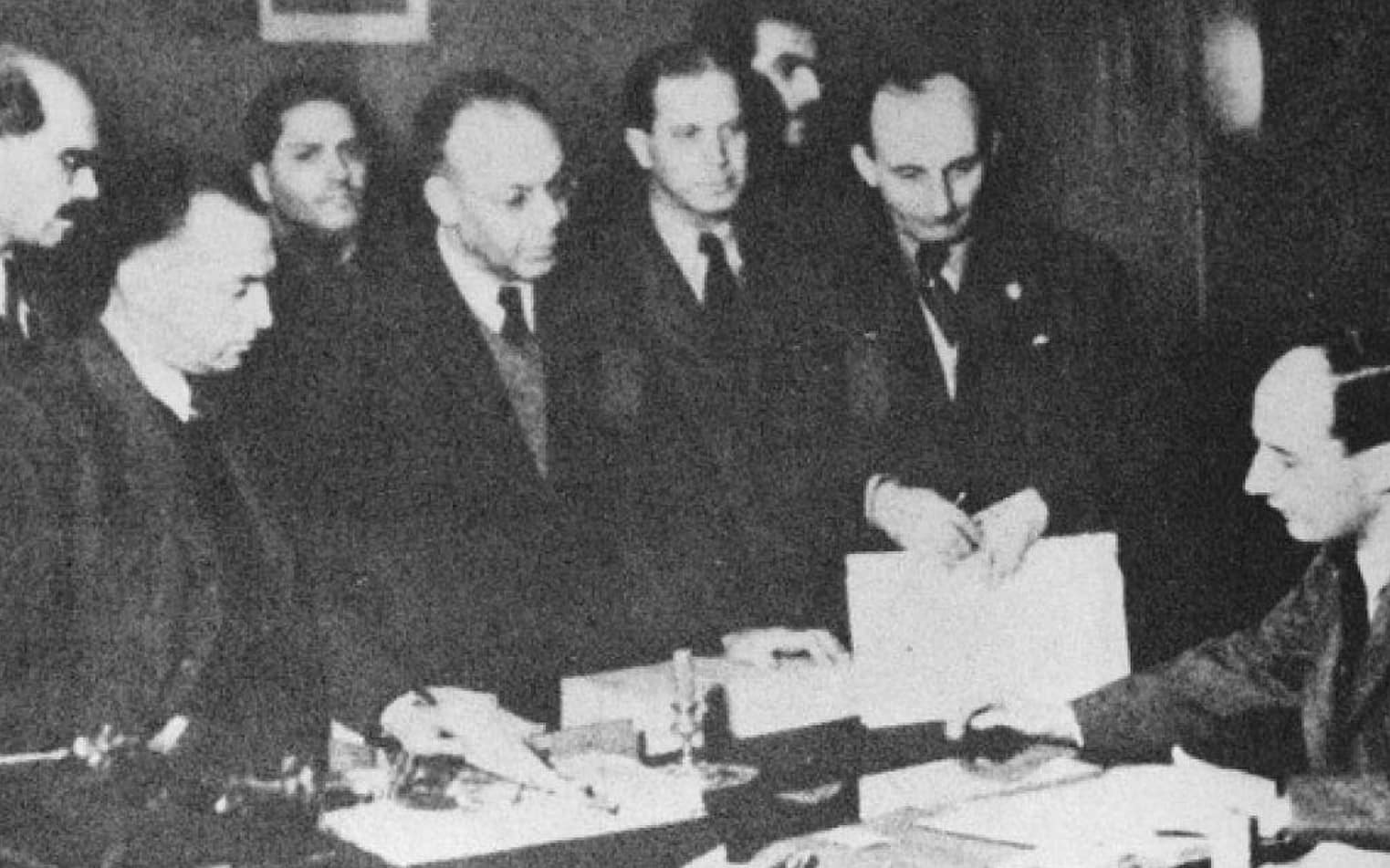 Jews in the NKVD of the USSR. 1936-1938 Experience biographical dictionary.

One of the reasons for admission to the state security agencies were family ties. The presence of strong kinship has always played a very important role in the Jewish environment.
Often the flow of Jews to serve in the state security agencies led to the fact that soon there in the service turned out to be his closest relatives -.. Brothers, sisters, etc.
The authors counted approximately 39 related “clans” security officers of the Jews, when the Cheka-OGPU organs -KVD together served brothers, sisters and wives. And these are not only well-known family “clans” of the Berman brothers, the Bak brothers.

From the moment of foundation and up to November 1938, the chiefs of the Gulag were Lazar Kogan (June 1930-June 1932), Matvey Davydovich Berman (June 1932-August 1937) and Israel Izrailevich Pliner. 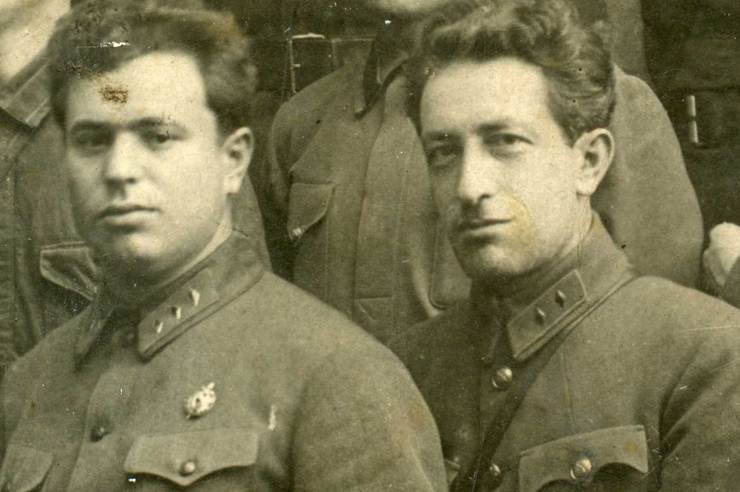 Berman B. D. Berman M. D.        A typical example is the “family” of S. N. Mironov-Korol. The following organizations worked in the VChK-OGPU-NKVD: his first wife A.S. Spivak, his brothers Mikhail (for 1938 the head of the service department of the NKVD in the Smolensk region) and Oscar (for 1938, the employee of the feldsvyaz department of the UNKVD for the Rostov region) and also the son-in-law (the husband of Charlotte’s sister) I. Ya. Ilyin (in 1938 the deputy head of the 11th (water-transport) department of the NKVD in the Moscow Region). Mironov Sergey Naumovich (King Miron Iosifovich) – 1930s. Mironov Sergey Naumovich (Korol Miron Iosifovich) with Agnessa Ivanovna ARGIROPULO (Mironova-Korol).        Another model, when the “janissaries of the revolution” (as the revolutionary press of the KGB called it), went as a whole family, became the Kesselman family. 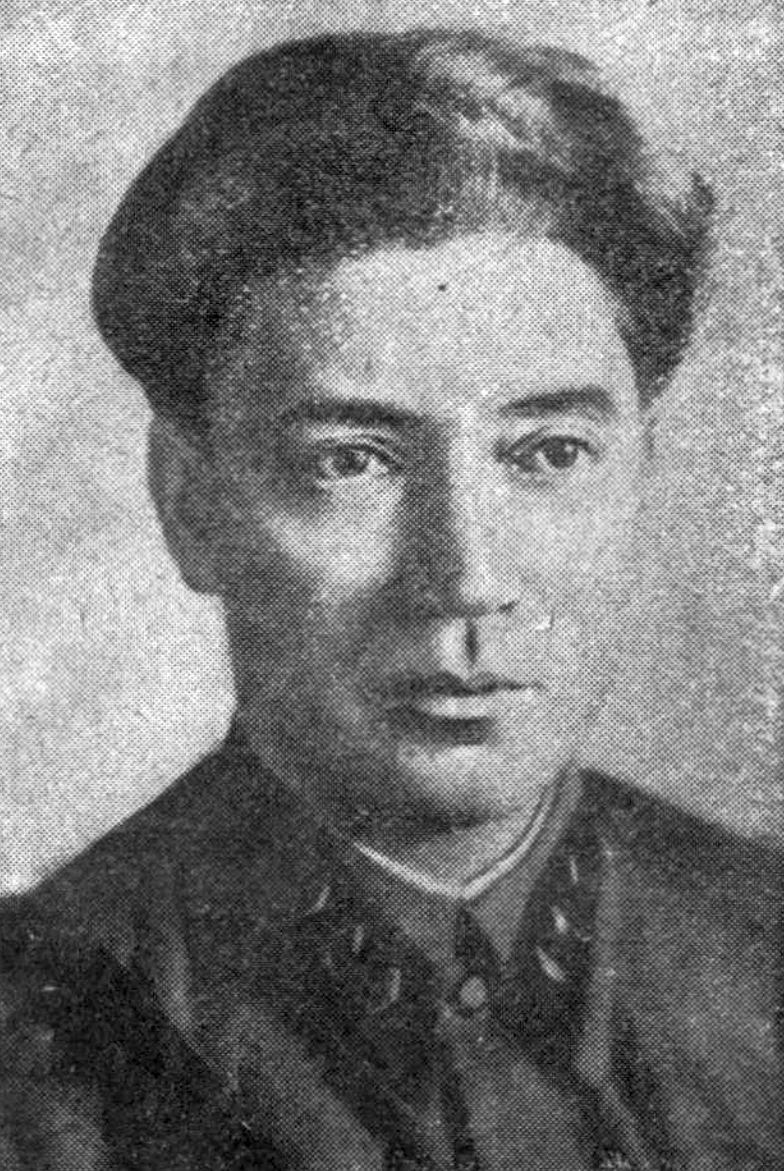 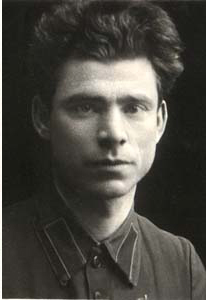 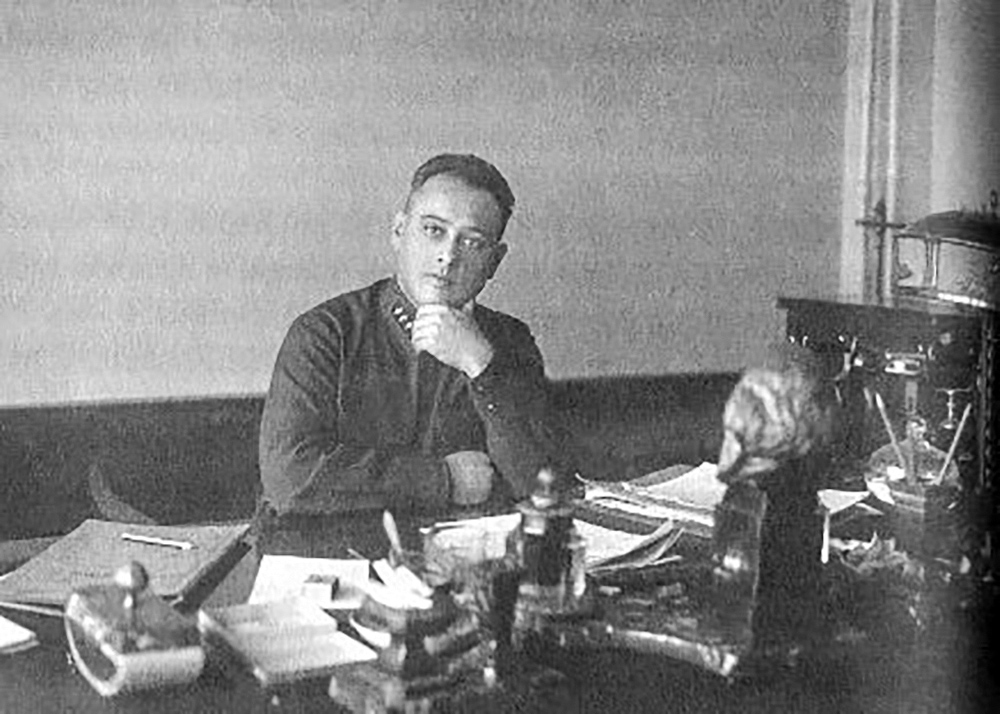 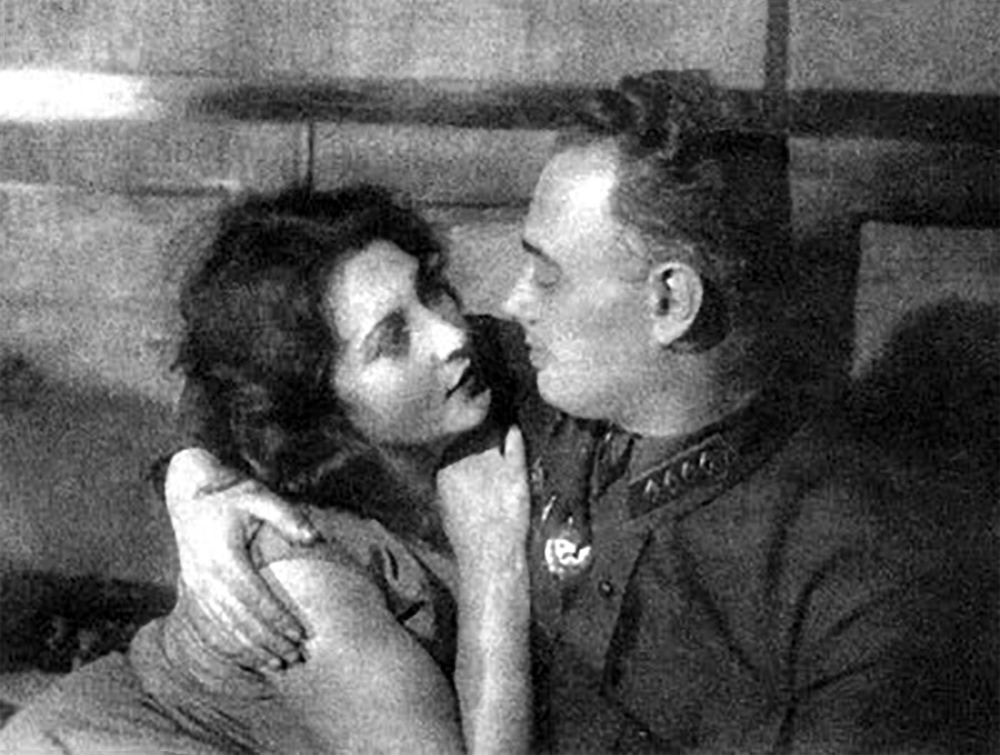 The natives of Odessa, the brothers Kesselman – Avraham (Arnold) (1893 p., In the KGB environment were better known under the name Arnold), Mikhail (born in 1898, the only one of the brothers who retained his work in the organs of the Cheka-OGPU-NKVD) family name) and Semyon (born in 1899, known among security officers, under the surname Western) reached high posts in the People’s Commissariat of Internal Affairs.
Judging by their biographies, the elder brother, Abraham (Arnold), was the first to enter the organs of “proletarian wrath”, and then Semyon and Mikhail followed him. 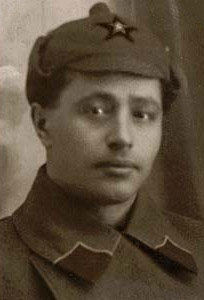 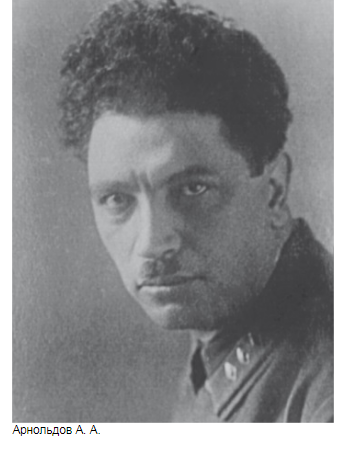 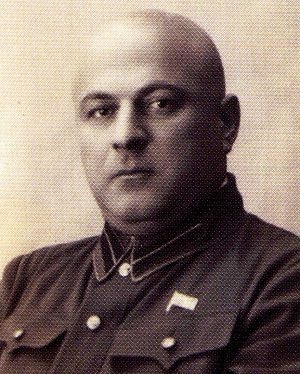 But few people know that in addition to the brothers in the VChK-OGPU-NKVD, they served: Kesselman’s own sister Tsilya, for 1935 she worked in the URKM URCM apparatus in the Moscow region, and also Abraham (Arnold) wife – Elizaveta Mikhailovna (Moiseevna) Arnoldova ( Belskaya-Drukker).
In 1918-1919 she held the position of Head of Information for the Odessa Provincial Cheka, later she turned out to be in Soviet work, and in 1921-1923. Worked in a modest position encoder PP Cheka-GPU in the Crimea.           During interrogations in 1937-1939. Many of the arrested security officers said that they “climbed into the bodies, guided by selfish interests.” 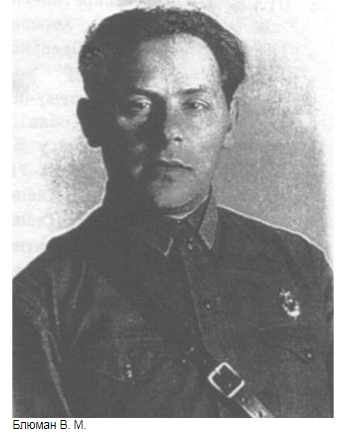 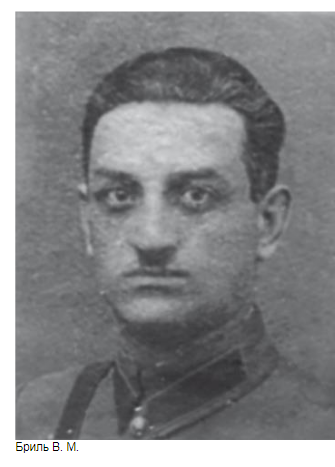 So, the former head of the 3rd (KRO) department of the UGBV UGB department in the Donetsk region, captain of the headquarters D.V. Orlov confessed: “I thought that the title of the Chekist would give me the opportunity to settle down well financially and live without needing anything.”
The deputy chief of the 3rd (KRO) department of the UGB of the NKVD of the Ukrainian SSR, Captain GB G. I. Grishin-Shenkman confessed during interrogation that “he went to work in the Cheka because the Cheka, though not fully, but still provides materially … Me I wanted to live well, to be in power, to command, and I thought that I would achieve this in the Cheka-GPU. ”
In the speech already mentioned above at the XIV Congress of the CP (B). The Commissar of Internal Affairs of the Ukrainian SSR A. I. Uspensky declared that some of his subordinates “got into the Cheka during the civil war because they did not want to go to the front.” And in this statement, in our opinion, 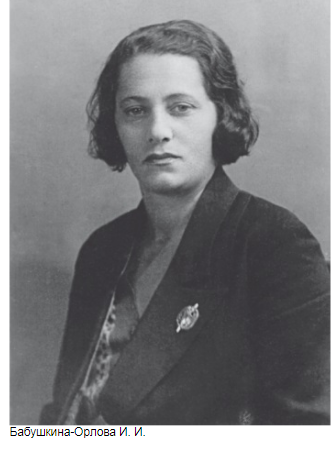 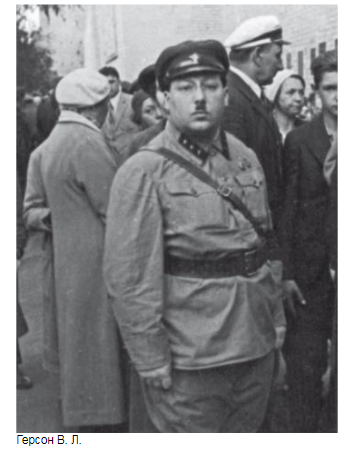 For the majority of Jewish Chekists from the list we were considering, fate turned out to be tragic. 99 people (78.57%) were shot, 2 people. (1.59%) – G. B. Zagorsky and B. D. Sarin – committed suicide while under investigation in a prison cell. 2 people (1.59%) – Ya. A. Deych and Ya. I. Serebryansky – 2 more people died during the investigation. (1.59%) were sentenced to various terms of imprisonment.
9 people (7.14%) committed suicide (we note that Jews constitute the overwhelming majority of suicide-KGB agents), 2 people. (1.59%), fleeing from arrest, fled abroad – G. S. Lyushkov and L. L. Nikolsky (A. M. Orlov). And only 9 people. (7.14%) were not subjected to repression.
Further study requires the fate of the head of the 7th (INO) department of the Main Directorate of the Main Directorate of the State Security of the NKVD of the USSR, A. A. Slutsky, who most likely was poisoned.        Mass “cleansing” of 1937-1938 significantly reduced the percentage of representation of Jews, not only in the KGB department, but practically in all structures of state power.        A number of Russian researchers and publicists are trying to see this as a clear manifestation of anti-Semitism. In their opinion, Stalin and his supporters in this way removed the Jewish Communists from the ruling class of the country.        It seems to the authors of this article that such an interpretation utterly simplifies the causes of the events of 1937-1938, which entered the Soviet history as the “Great Terror”. 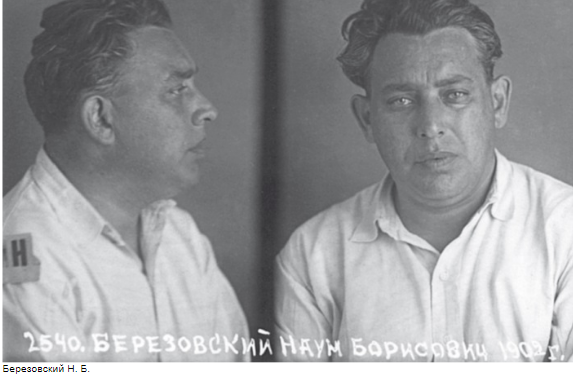 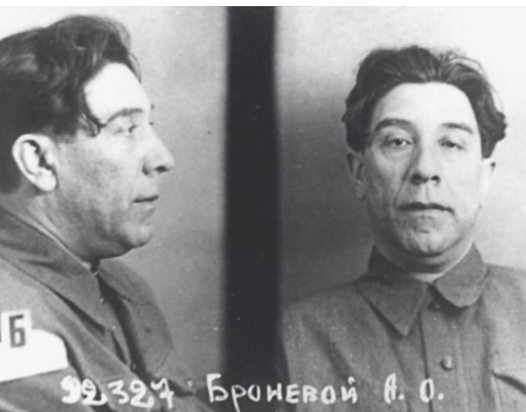 We believe that the Jews did not become victims at all because of their nationality, but mainly because they were in the 1930s. played a major role in the system of state administration of the country.         During the repression of 1937-1938. there was a violent change of political, technical and cultural elite. And in the exterminated upper class, Jews constituted a significant percentage.        In the course of large-scale purges, the old elite was practically destroyed and replaced by the new Stalinist elite, which was significantly different from the previous social and national composition and other socio-political qualities. 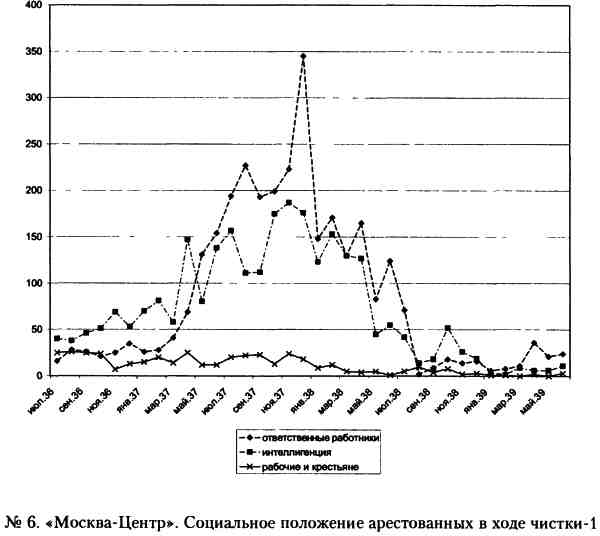 And first of all, by the fact that she was raised by the Soviet authorities, “… with all its roots was associated with the working class and the peasantry”, as well as with the main titular nations that inhabited the Soviet Union – Russians, Ukrainians, Belarusians, Georgians, Armenians, Azerbaijanis, Kazakhs, etc. 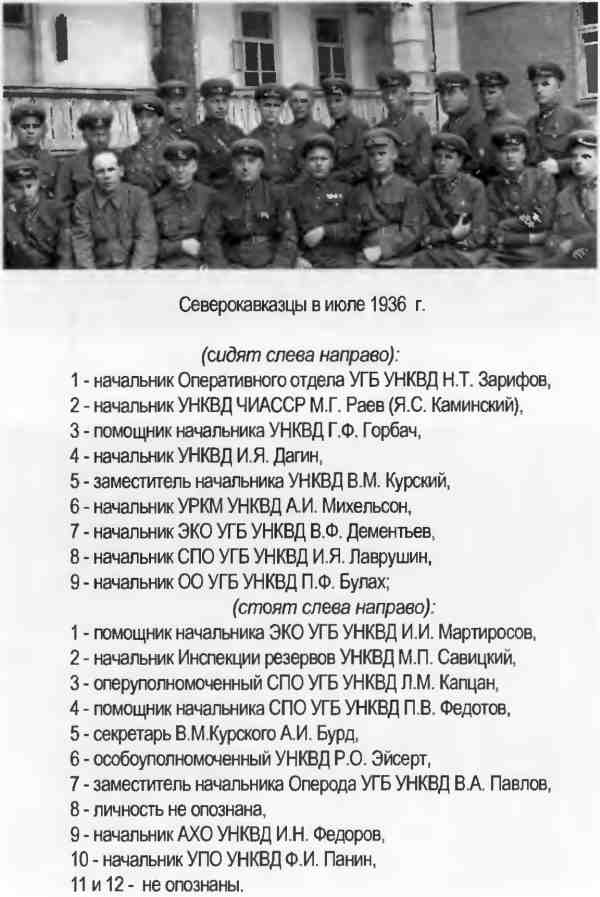