Then, a day later, according to Pravda, but do wait and see the other video as well, hell I will put it first:

Venezuelan army goes over to the side of Guaydo: infantry recognized interim president

On February 10, a video appeared on YouTube in which a man in military uniform expresses support for Venezuelan provisional president Juan Guaido, and swears allegiance to him. The man introduced himself as Colonel of Venezuelan ground forces Ruben Alberto Paz Jimenez. 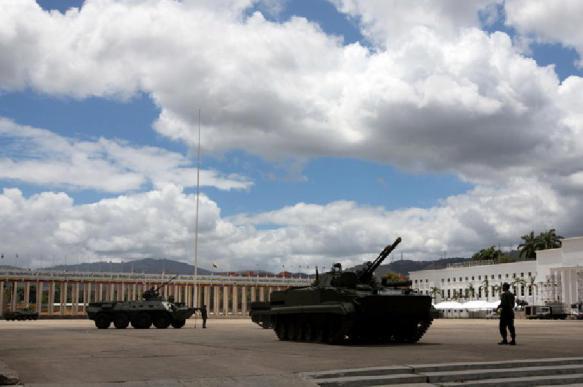 This is not the first time Venezuelan military officials have expressed support for Juan Guaiido. Earlier, the interim president was recognized by General Francisco Esteban Janes Rodriguez, who served as head of the strategic planning department of the Venezuelan Air Force General Command. After the statement of Rodriguez, he was removed from office and recognized as a traitor.

Recall, “Pravda.Ru” published analytical material, which presents the true motives of the Bolivarian revolution and the coup d’état in Venezuela.