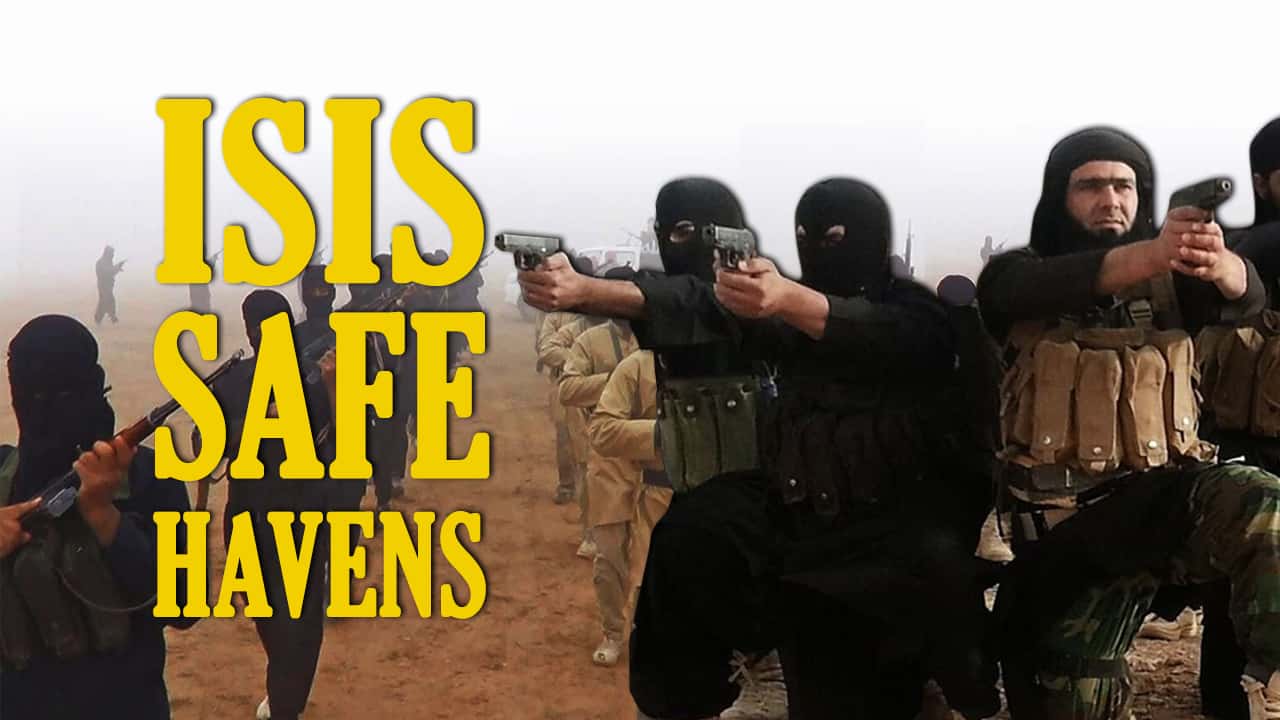 Last week, the Syrian Arab Army (SAA) uncovered a large ISIS base in the outskirt of the city of al-Mayadin in the province of Deir Ezzor. The base contained several mass graves of civilians who had been executed by the terrorist group more than two years ago, a training ground, a munitions workshop and a tunnel network to connect various positions. Army troop seized dozens of improvised rocket-assisted munition and a destroyed T-72 battle tank on the site.

This revelation once again highlighted large security problems, which still exist in the areas liberated from ISIS in eastern Syria. Al-Mayadin was liberated by the SAA in October 2017. However, government forces still release reports about newly found weapons caches and tunnels abandoned by ISIS. This is likely a result of the insufficient efforts or lack of resources to fully secure the area.

Such problems become especially important as the US-backed Syrian Democratic Forces (SDF) are finishing their operation against ISIS in the Hajin pocket and multiple ISIS members are fleeing it towards the Homs-Deir Ezzor desert, northeastern Syria and western Iraq.

On February 9, the SDF announced the start of its final push to eliminate the ISIS-held pocket. The announcement came in response to an attack by a group of 12 ISIS members on SDF positions in the Omar oil fields. SDF fighters, backed by US-led coalition warplanes, repelled the attack killing 10 ISIS members. 2 others withdrew to their positions in the Euphrates Valley.

On February 10, the SDF press center announced that the group had captured 4 supply roads and 19 positions from ISIS. However, clashes in the area are still ongoing, according to this version of the events.

Reports are appearing from multiple sources that the US-led coalition and ISIS are holding negotiations behind the scenes. According to some sources, the sides even reached an initial agreement, which would allow the terrorist group’s leaders and fighters to withdraw to an unspecified area. The sources believe that this area will be the al-Anbar desert in western Iraq or the desert near al-Tanaf in southeastern Syria, where a U.S. base is located. The families of ISIS members and injured ISIS fighters will be allowed to enter the areas controlled by the SDF.

The SDF has a long history of faking battles against ISIS in order to cover its deals with the terrorist group. For example, in October 2017, the Kurdish group was claiming that its fighters are storming the last ISIS positions in the city of Raqqa, while in reality the terrorists were being transferred with their weapons to Deir Ezzor province.

A new wave of protests against the US-led coalition took place in the provinces of Deir Ezzor and al-Raqqa during the weekend. During the events organized by local Arab leaders, protesters were burning improvising US and French flags and demanding the end of the foreign occupation as well as reconciliation with Damascus.

Meanwhile, the SDF announced that its security forces had arrested 63 “terrorists” during a large-scale combing operation in Raqqa city. The group’s statement didn’t mention ISIS or accuse these supposed terrorists of any real crimes. Some local sources say that the arrested persons may have been supporters of the reconciliation with Damascus.

The situation in the Idlib de-escalation zone remains tense with both the government and militants accusing each other of ceasefire regime violations. According to the existing data, Hayat Tahrir al-Sham is actively attempting to form a united command of the existing militant groups in the area in order to be prepared for an expected large-scale military confrontation.

On February 9, the YPG-linked Afrin Liberation Forces (ALF) announced that Kurdish forces had carried out a series attacks against pro-opposition militants in the Turkish-occupied area of Afrin in northern Syria on February 6th and 7th. The attacks targeted two vehicles and two positions of the Turkish-backed Hamza Division and Jaysh al-Sharqiyah. As a result, seven militants from both groups were injured.

Meanwhile, a large-scale media campaign about allegedly growing tensions between Tehran and Moscow over the increasing Iranian and Hezbollah presence in Syria can be observed in mainstream media outlets and Israeli-linked media organizations. The goal of the campaign is to impact the political situation in Syria ahead of the expected withdrawal of US forces.