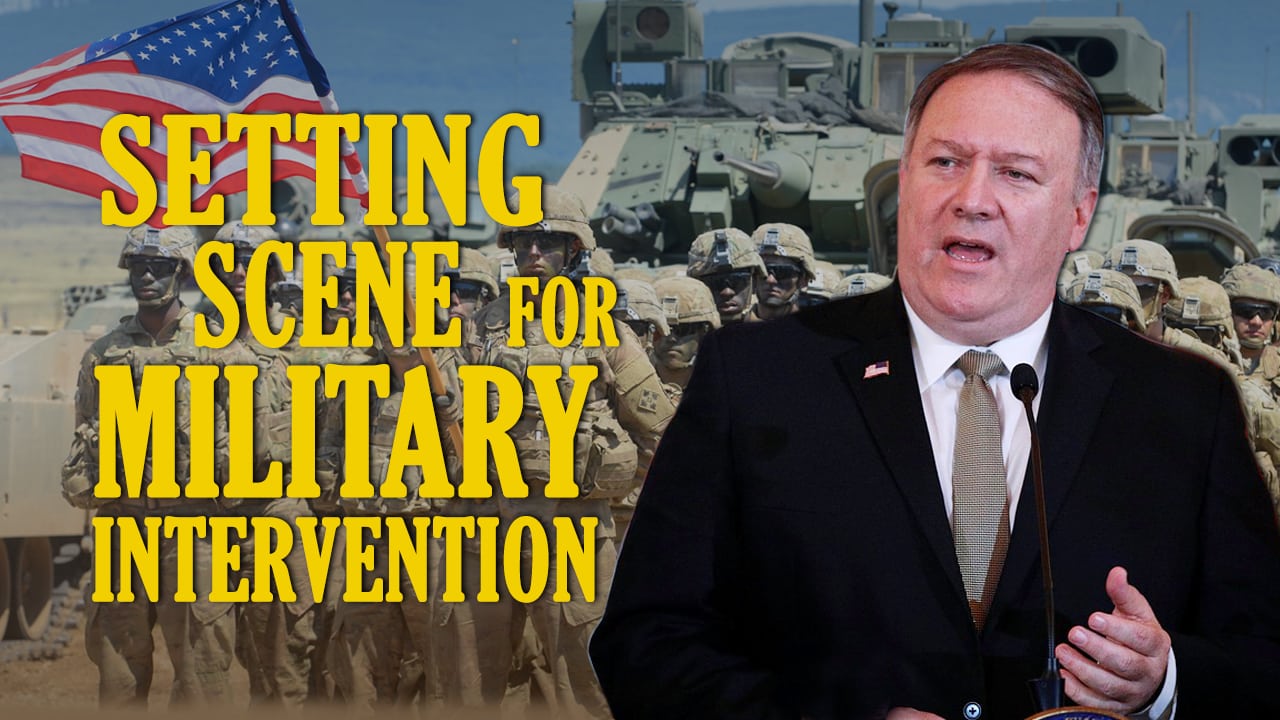 The Venezuelan government seems to be openly preparing to face a US military invasion.

On February 10, the country’s military kicked off large-scale military drills, which will run until February 15. According to President Nicolas Maduro, the drills are set to become the biggest ones the country has held in its 200-year history.

On the same day, multiple air defense systems, including Pechora-2M launchers, were spotted maneuvering in the area of San Cristobal, near the border with Columbia, an expected member of the US-led coalition in the event of invasion in Venezuela.

Separately, President Maduro announced the setting up of 50,000 “popular defence units” and promised that the US will get a South American “Vietnam War” if it decides to invade.

The military preparations came amid several important security developments. In January, authorities detained fugitive Colonel Oswaldo Garcia Palomo after he had crossed back into the country from Colombia. On February 7, he appeared on a video confessing to his ties with the CIA and Colombian officials to overthrow the Maduro government. According to Venezuelan Information Minister Jorge Rodriguez, Palomo was involved in an effort to rally soldiers to mutiny, close off the capital and overtake the presidential palace.

On February 5, authorities seized a shipment of US-made weapons, which was discovered at a storage yard of Arturo Michelena International Airport in the city of Valencia. The stash included at least 19 rifles and 118 magazines, high-caliber ammunition, as well as 90 radios and six mobile phones – and was likely sent from Miami, Florida on February 3.

At the same time, Washington is reportedly engaged in so-called direct contacts with representatives of the Venezuelan military and government to convince them to support the coup and help to bring US-proclaimed Interim President Juan Guaido into power. These efforts achieved at least a partial success.

On February 2, Air Force General Yanez, reportedly defected to the opposition’s side,. He called for others to follow him in supporting “the right side.” On February 9, Colonel Ruben Paz Jimenez declared his support to the opposition. Separately, two more service members, Captain Hector Luis Guevara Figueroa and Army pilot Carlos Vásquez defected and called for others to do so.

Another, but also important front is the media sphere. US President Donald Trump has openly states stated that he does not rule out a military option for Venezuela. Nonetheless, Washington still needs some formal pretext. Therefore, State Secretary Mike Pompeo declared in an interview with FOX Business that there is a growing Hezbollah and Iranian influence in Venezuela.

“People don’t recognize that Hezbollah has active cells — the Iranians are impacting the people of Venezuela and throughout South America. We have an obligation to take down that risk for America and how we do that in South America and all across the globe,” Pompeo said.

Washington says that Hezbollah, which it is considers to be a terrorist group, has been using Latin America as a base of fund-gathering for years. If it accidentally appears that the Maduro government has “deep ties” with Hezbollah, this could become a sufficient and necessary condition to propel a military intervention.

One more point of pressure is the delivery of the US humanitarian aid, which the Venezuelan government rejects.

President Maduro called this effort a “fake humanitarian assistance” designed to “humiliate” the country and “justify a military aggression”. On February 9, Guaido stressed that he would not rule out authorizing a US military intervention, whenever the term “authorizing” means in the case of the nation leader appointed from Washington.

With all these public statements and accusations, the White House cannot afford to tolerate the Maduro victory in the ongoing standoff. So, the US will continue to ramp up the pressure in political, economic and clandestine spheres. However, if these measures appear to be not enough to overthrow the government, a more direct action, including a military invasion, may be implemented.