LONDON (Sputnik) – Riam Dalati, the Syria producer at the BBC, said that the footage of people being treated after an alleged chemical weapons attack in the Syrian city of Duma was staged.

Dalati wrote on Twitter on Wednesday that the issue was investigated into for six months.

The journalist pointed out that no fatalities had occurred at the hospital, adding that the attack in Douma had not happened and sarin had not been used there. However, Dalati noted that the Organisation for the Prohibition of Chemical Weapons (OPCW) would look into whether chlorine was used at the scene.

Truth is @James__Harkin got the basics right in terms of #Douma‘s “propaganda” value.
The ATTACK DID HAPPEN, Sarin wasn’t used, but we’ll have to wait for @OPCW to prove Chlorine or otherwise.
However, everything else around the attack was manufactured for maximum effect. https://t.co/abRvSIMV1L

Everything else around the attack was fabricated, according to Dalati.

After almost 6 months of investigations, i can prove without a doubt that the #Douma Hospital scene was staged. No fatalities occurred in the hospital.
All the #WH, activists and people i spoke to are either in #Idlib or #EuphratesShield areas.
Only one person was in #Damascus.

The White Helmets group published the video after the reported attack in Douma, which is located in the Damascus neighborhood of Eastern Ghouta, in early April 2018. The video showed local residents, both adults and children, being treated in the hospital after the alleged attack.

But never approached the block of flats and curtailed access immediately after #Douma takeover.
I can tell you that Jaysh al-Islam ruled Douma with an iron fist. They coopted activists, doctors and humanitarians with fear and intimidation.

The reports about the attack and the publication of the footage by the White Helmets were followed by missile strikes carried out by France, the United Kingdom and the United States on alleged chemical weapons production facilities in Damascus.

Western states have repeatedly accused the Syrian authorities of having carried out the Douma attack, while Damascus denied any involvement in the incident.

The Russian Foreign Ministry has said that the claims about the alleged use of toxic chemicals by the Syrian government were aimed at justifying external military action.

Moreover, prior to the Douma incident, the Russian Armed Forces warned about a provocation with the use of chemical weapons being prepared in the Syrian city by the militants. 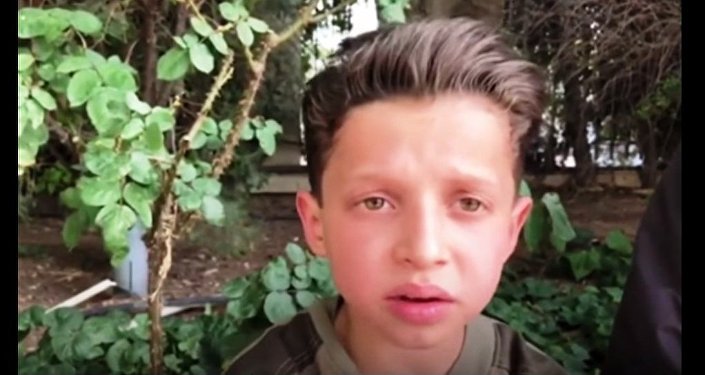 Notably, back in April, the RT broadcaster reported that Dalati had already expressed his skepticism about the Douma hospital video in a Twitter post. However, the journalist subsequently deleted his tweet, citing a breach of editorial policy.

The same month, Hassan Diab, 11, who was featured in the White Helmets video, in an interview with a Russian media outlet alongside his father, gave a detailed description of how the footage of people treated in the hospital was filmed. Diab said, among other things, that children were given food for participating in the video.

Moreover, Douma residents, interviewed by Sputnik, were unable to confirm that the attack had taken place there. They said they knew nothing about it and were not aware of anybody having been affected by toxic chemicals.

READ MORE: ‘US & UK Funded White Helmets Because They Served Their Interests’ — Commentator