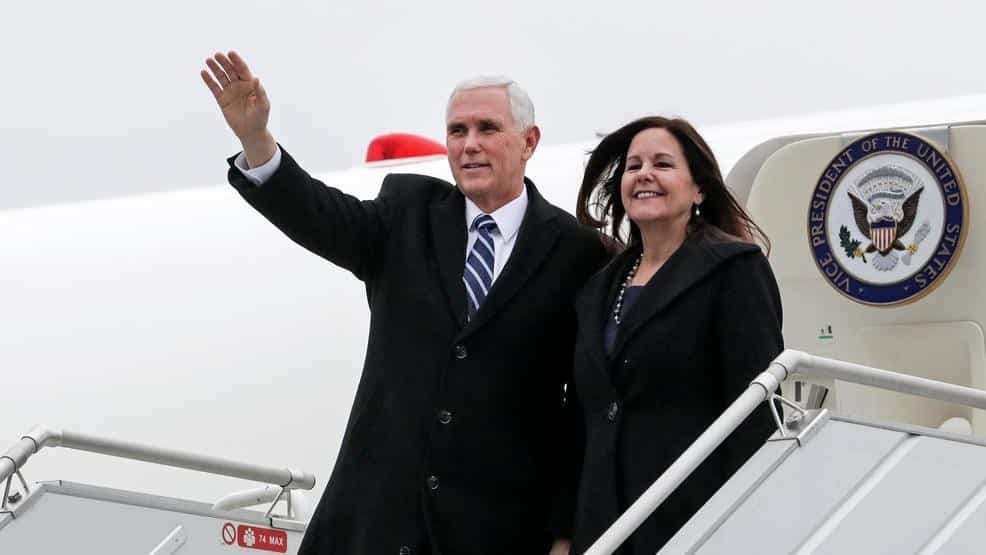 [ Editor’s Note: The Warsaw Conference begins with a crippled start as most of the EU countries are boycotting it, including even many of the usual Russia haters, angry at the US backing out of the JCPOA and screwing up their anticipated and needed boost in trade with Iran.

I am losing count of the US attempts to build an Arab NATO to use as cannon fodder in the next Jihad against boogeyman Iran, when the US, Israel and some of the former colonialist countries are the ones really pushing the threat on the Mideast, and always have.

China is already on the doorstep of the Mideast, with no less than Israel turning over one of its ports to be run by a China contractor, a very controversial issue in Tel Aviv. Russia is negotiating major arms deals in Persian Gulf, where the US is desperate to build its mythical wall of sand around a region where with a few friends to make it their own playpen with Israel as its nuke base.

The US military command, as usual, has never seen an area where it would not like to have a new base with the annuity budgeting required to keep it running.

Big complicated weapons programs and endless foreign basing often seems to be its major goal, versus working to deescalate potential conflicts so we don’t have the need for a continuing expanding military when so many real needs go unfunded… Jim W. Dean ]

A report says the fact that European countries will be poorly attending a United States-planned meeting in Warsaw — originally meant to target Iran — is reflective of their “anger” at US policies on the Islamic Republic and Syria.

The meeting, which is to convene in the Polish capital on Wednesday and Thursday, was announced by US Secretary of State Mike Pompeo last month. Pompeo at the time described it as a platform for focusing on the “important element of making sure that Iran is not a destabilizing influence.”

British daily The Guardian said in a report on Tuesday that the European Union (EU) had not been consulted in advance.

It said the “limited participation” due by European powers at the meeting — whose agenda the US later attempted to broaden — signifies “their growing anger over unilateral US policymaking on Iran and Syria.”

Europe has been unnerved by US policies, particularly over Iran, since the administration of US President Donald Trump unilaterally withdrew from a multilateral nuclear deal with the Islamic Republic in May 2018. The other parties to that deal were mostly European powers, which had invested considerable political capital in the agreement.

The EU, which brings 28 states together under its banner, made clear soon after the US withdrawal that it would be sticking to the Iran deal because, among other reasons, Tehran was holding up its end of the bargain.

As part of a campaign of pressure on Iran, the Trump administration also re-imposed sanctions on Iran and countries that do business with it, including traditional American allies across the Atlantic. Those unilateral sanctions have also angered the EU, which has set up a mechanism to bypass them and maintain trade with Iran.

The Warsaw meeting, too, was planned as part of US attempts to squeeze Iran. But The Guardian said the event was also “originally conceived by the US as a way to press EU countries to adopt a more aggressive stance towards Iran.”

The US backed down from its idea of targeted focus on Iran at the meeting after “Europe told Washington it was ‘not a very smart idea’ to hold a summit that would highlight Europe’s differences with the US over Iran,” the paper added.

In January, US Deputy Ambassador to the United Nations Jonathan Cohen signaled Washington’s apparent retreat in remarks to the UN Security Council that the meeting was “not a venue to demonize or attack Iran.”

PressTV-‘US in reverse gear on Iran summit as boycott widens’

The US is trying to prevent the collapse of its upcoming anti-Iran summit as more countries boycott the event.

Still, many European countries will not be sending their senior officials to the meeting.

The EU’s foreign policy director Federica Mogherini will be snubbing the event. British Foreign Secretary Jeremy Hunt will be leaving it early, while France will be sending a civil servant, and Germany its junior foreign minister. The UK, France, and Germany are all parties to the Iran deal, and the EU acted as the coordinator for and participated in the negotiations that led to the agreement.

Iran has already dismissed the Warsaw meeting, saying it is “a failure in advance” given the low-level participation due by global actors.

Other non-attendees include Qatar, Turkey, Lebanon, the Palestinian Authority, and Russia. The EU is also reportedly concerned by a US decision to almost gradually withdraw its forces from Syria.