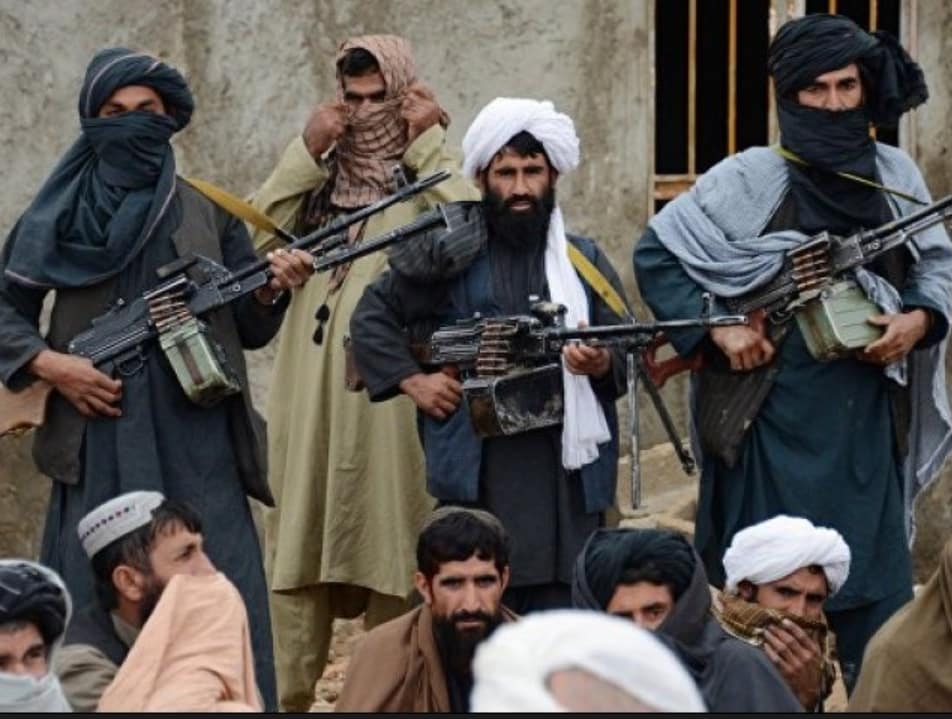 Agreements like the Treaty of Lausanne (between Turkey and Greece) sponsored by France, or Radcliffe Award finalized by Great Britain were never meant to promote peace. These divided populations, transplanted people, aggravated human misères and sustained inedible historical predispositions. Cognisant of the Armenian tragedy, Europe should have never drawn lines with blood. Yet it was; because divide and rule kept countries weak to the advantage of big power rivalries. It was not conflict resolution but a recipe to keep conflicts simmering.

Afghan peace seems heading in this direction. Russian Forward Policy, Containment and Afghanistan are reflection of a ‘time warp’ that can only be erased if the worst affected countries can grow to fend for themselves.  Interestingly Indo-Pakistan rivalry simmered by Kashmir and Radcliffe intrinsically links to the game plan. These are the pushes and pulls that shall determine the future of the region.

Though Taliban announced that tentative framework of withdrawal had already been agreed, the State Department officials were quick to deny ‘pending a comprehensive cease-fire and a political road map between the militants and the Afghans’. “Our position right now, and [the Taliban] understand it, is that nothing will be implemented until agreement on all issues has not only has been completed, but has started to be implemented,” the official said. This sets the course on negotiating peace in Afghanistan on a different template than the one that initiated it. Policy continuation by other means has prevailed.

Conflict always has multiple flash points of initiation but redirecting the trajectory of violence to peace always borders impossibilities. The biggest obstacle to peace is continuation of policy by non-violent means. Afterthoughts not tailored to President Trumps thinking is linked to such stagnancy. The more you try changing, the more it remains the same.

President Ashraf Ghani was dismayed by US representative Zalmay Khalilzad he reckoned had given extraordinary concessions to Taliban. Some saw this as blatant relegation and irrelevance of a US surrogate. This led to concurrence within the State Department and Pentagon that added pressure for dilution of what Zalmay Khalilzad was overdoing. The sails are now reset.

Peace talks in Russia with USA, India and President Ashraf Ghani excluded was a big event used by Taliban for articulation of their world view and Afghanistan’s future. This finds traction with all Afghan warlords and tribal society. The Afghan government that reflects western style modernity with weak control over few urban centers finds this indigestible. The diplomacy opens more options and choices for Afghans and nobody understands it better than Russians, who learnt lessons from the Soviet exit. Obviously, Russians do not trust the face value of US goodwill and understand why ‘agreement on all issues’ is being advocated. Russia wants its security and economic concerns to be addressed too.

So it is not just Doha but also Moscow that emerges as a center of negotiations. One benefit is that Pakistan can no more be made a scapegoat. Pressure is off Pakistan. Secondly, the Afghan resistance has a much bigger international footprint.

A realistic recap of history will help better understand what is happening.

USA avoided stepping into Soviet boots in the 80s. Rather President Rabbani also backed by Peshawar Accord was the preferred choice. Linked to Muslim Brotherhood, Rabbani had close links with CIA and Osama Bin Laden. Apparently under US pressure but actually, on two Saudi Arabian C 130, Osama Bin Laden was resettled in Afghanistan on invitation of President Rabbani. Al Qaeda fought pitched battles as ally of Afghan government against Taliban.

After assuming power, Taliban and all Afghan factions agreed to a broad based government in Afghanistan. The Pakistan backed accord was rejected by USA and the Pakistani government dismissed in 1996.

After 9/11, the Americans chose to invade Iraq on the pretext of Al Qaeda and WMD. Events later proved that Iraq was connected to neither. The intent was to gain time and allow Al Qaeda to reorganise in Afghanistan and draw Taliban into their fold. This was the main reason why USA disagreed with Taliban to hand over Laden to a neutral Muslim Country.

USA soon shaped an environment for intervention in Afghanistan by managing a historical fiction that facilitated permanent presence in the region. Such were the optics of 9/11 that the entire world accepted Taliban-Al Qaeda linkage at face value. In reality no such link existed till Tora Bora bombings. In perceptions two links were created between Taliban and the fierce Haqqani Group with Pakistan. Haqqani Group was an old US ally that had worked closely with CIA asset Laden during the Soviet occupation.

Debouching on Kabul from the North served the purpose of pushing the Afghan resistance into Pakistan. This resulted in massive terrorism and rise of Pakistani Taliban more allied to Al Qaeda. It took Pakistan over fifteen years to regain control of its lawless areas. Instability trajectories targeting Pakistan were parried off.

Pakistan was already dumped by USA after withdrawal of USSR and US withdrawal from Somalia.  Relations are held together by a shoestring of military diplomacy. No overnight reversal in Pakistan’s hybrid zone is expected.

India forever threatening Pakistan with diverse doctrine never had its way. Rather, it escalated a nuclear arms race in the region resulting in deliver systems produced by India, China and Pakistan compartmentalising Intermediate-range Nuclear Forces (INF) treaty between USA and Russia as  irrelevant. Pakistan has emerged stronger and unified.

Peace negotiations in Afghanistan will go on. Because the time frame depends on what progress USA considers relevant, it could drag on. Russian stewardship gives more relevance to Afghan résistance and takes much pressure off Pakistan.

Pakistan must support all initiatives at peace in Afghanistan. At the same time it must prepare to ward off new forms of threat built on sub nationalism and separatist movements. Pakistan’s defence establishment that has so far read through every invisible line will be the biggest target for attrition through hybrid means. As events indicate, this redoubt can only crumble through its very own. Rising slurs on the armed forces in Pakistani media and turncoat intelligentsia are part of this plan.

Pakistan is being subjected to what the sub continental strategist Chanakya Kautilya said, “Reaching into the very womb”.