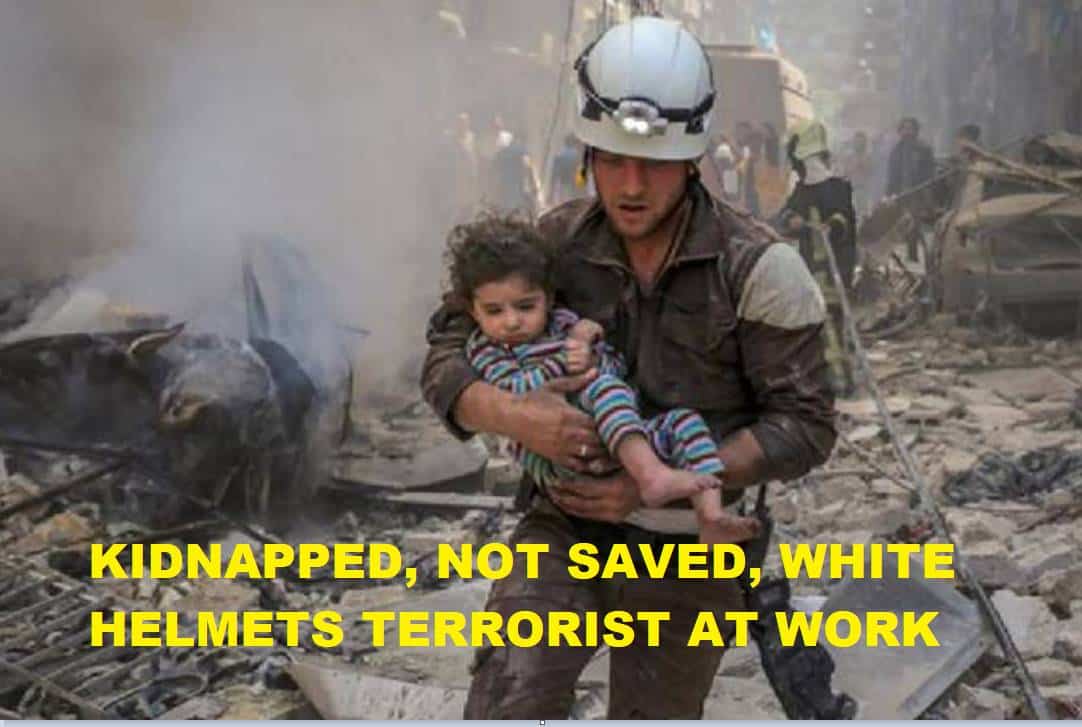 BBC Syria producer Riam Dalati tweeted on Wednesday that the video of people treated after an alleged chemical weapons attack in the Syrian city of Douma had been fabricated. Sputnik has discussed the development with Vanessa Beeley, an independent investigative journalist who specialises in the Middle East and Syria in particular.

Sputnik: This doesn’t really look good though, does it, for Mr. Dalati. Why do you think he decided to speak up now? He is now contradicting himself basically.

Vanessa Beeley: Well, yeah, and effectively this is a damage limitation operation. One of their own, so to speak, James Harkin, who is a mainstream journalist, he writes in the Internet and he also writes for the Guardian, and the Guardian’s Simon Tisdall I believe it was, almost immediately after the alleged attack in Douma, which has, of course, been largely discredited by the OPCW report that has told us that no organic phosphates were used, there is still an element of doubt over whether chlorine was used. But the OPCW report itself has already negated the use of sarin in this attack.

But when Harkin himself is saying that this event was staged, then, of course, the BBC and Louisa Loveluck of Washington Post are immediately, in my opinion, trying to limit damage.

Sputnik: What do you think the BBC is going to do next? Do you think that they are going to have an official statement out on this? What can we expect?Vanessa Beeley: I guess we should be waiting for Riam Dalati’s full investigation. He’s told us on Twitter that he’s been looking into this for six months and he’ll be providing further details soon. So we should be waiting to see whether the BBC will retract its previous statements; I mean it put out a very misleading report even on the use of chlorine after the release of the OPCW interim report. It basically stated on its leading report that chlorine had been used, it later changed that but it didn’t retract its storyline.

So, fundamentally what these mainstream outlets do is put out a narrative which, as I’ve pointed out, effectively manufactured consent for the unlawful bombing of a sovereign nation, Syria, by the US, France and the UK post- the Douma alleged attack. But these storylines and these narratives are never retracted; so it remains to be seen whether the BBC will apologise to Syria for having manufactured the consent for the bombing, and whether Riam Dalati and the BBC will apologise to academics and to independent journalists that they smeared at the time for arriving at the same conclusion they’ve now arrived at.

Sputnik: If Mr. Dalati’s tweet is proven, what will it say about the White Helmets and their trustworthiness, not to mention their, perhaps, role in the whole event?

‘Western Media Haven’t Covered Syria the Way They Should’ – Prof

Vanessa Beeley: Of course, this raises huge questions. I mean, I’ve proven and I’ve written an open investigation based on testimony from civilians in Eastern Ghouta of the White Helmets staging at least one chemical weapon attack one month before Douma… which was actually derailed by the civilians themselves who exposed it on social media etc. The White Helmets have been proven time and time again to be staging events in order to serve the NATO member states’ regime change narrative inside Syria. This might start to raise questions over the veracity of the White Helmets reports, bearing in mind that the UK government document has publicly stated that Amnesty International and Human Rights Watch, for example, rely extensively on the evidence of the White Helmets to produce their reports that, again, largely criminalise the Syrian government.Sputnik: This alleged attack was actually used to justify a response, the bombing of the area by the US, UK and France; it was quite a significant military strike that was perpetrated after that attack. What would this mean for evaluating the legality or the justification of that attack?

Vanessa Beeley: The very fact that France, the UK and the US went ahead and bombed Syria, and as you said it was an extensive bombing operation that targeted alleged chemical weapons manufacturing facilities that were proven afterwards and also reported by OPCW to not be chemical weapons manufacturing facilities, brings into question the legality of that attack. It brings into question the legality of the entire regime change war that has been waged against Syria since 2011, of course instigated by those same nations that bombed after Douma.

But the fact that that the bombing went ahead without any OPCW investigation having been able to take place and based entirely on what is now proven or thought to be spurious information from groups like the White Helmets, that are being funded by the nations that carried out the bombing attack, I mean, this is an extraordinary event; this basically means that the US, the UK and France have completely violated international law time and time again inside Syria and this must be brought into the light, it must be investigated. And the media’s role in enabling this unlawful act must also be investigated.

Views and opinions, expressed in the article are solely those of the speaker and do not necessarily reflect those of Sputnik.