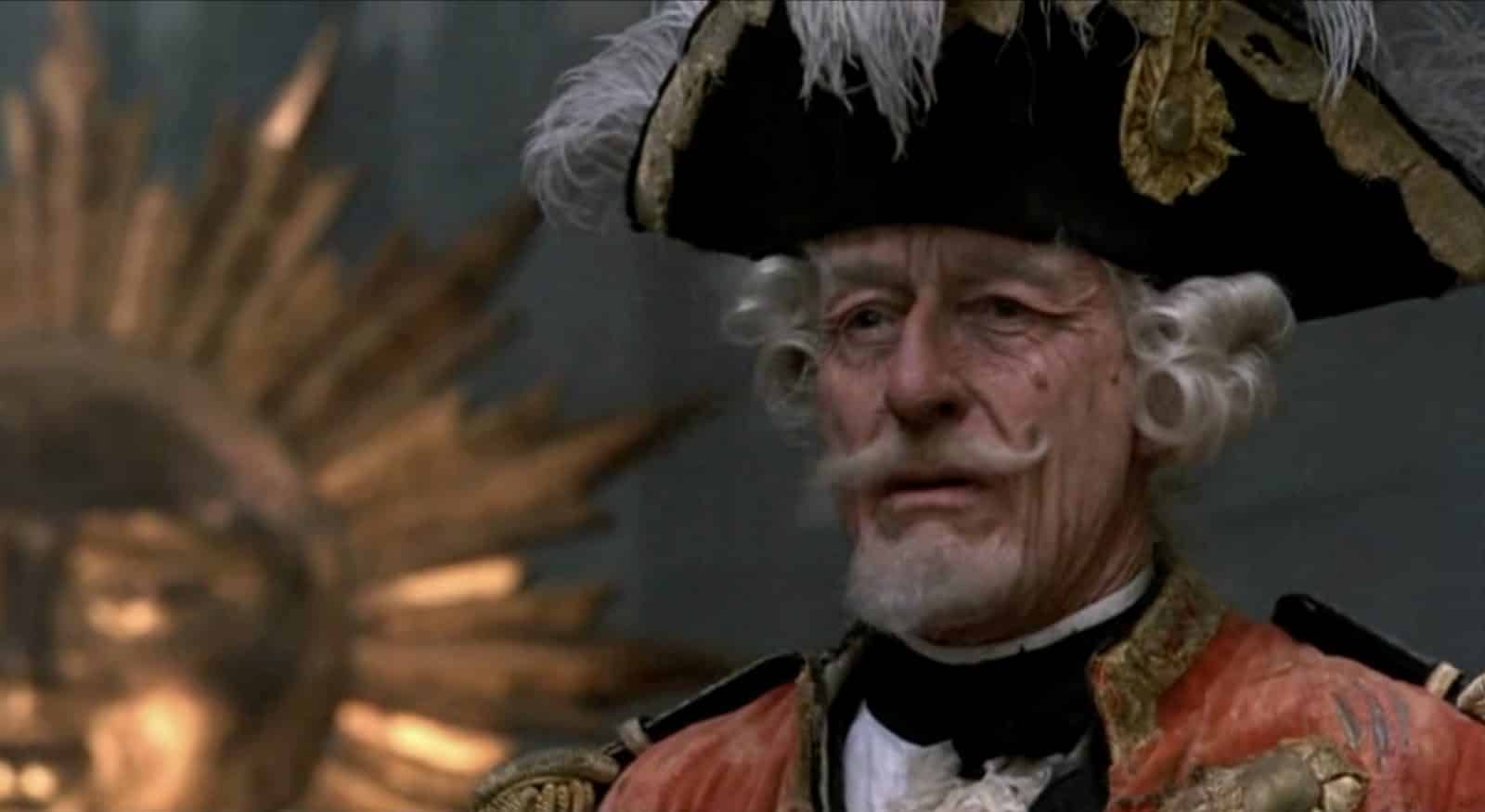 Years before I met and married Ernst Zundel and, thus, became a Holocaust Denier – because this malady, Denial-of-the-Holocaust, can be infectious, in case you didn’t know! – I made my living as a kiddie shrink: in academic parlance, an Educational Psychologist.

In that capacity, I learned about a malady, malingering, that was quite prevalent with kids who tried to get out of producing respectable work. Their energy went into fibbing – and were they ever good at it! I was amazed at how deep-rooted and resistant to reason their skillful fibbing was.

Therefore, I decided to study how I could cure this malady, and found it had a name. It’s called the Munchousen Syndrome.

Once Ernst and I became a team, he asked me to do a monograph on “The Impact of Words on the Mind,” by which he hoped to neutralize the virulent character assassination of an entire people, the Germans who fought World War II, unleashed on them sans mercy by another set of bipeds, the Victims of the Holocaust. The latter try to run down every last “War Criminal” on earth. The former seem without defenses.

Up-front, I need to point out that hardly ever do you find “war criminals” in other people’s races – we know none can be found in Israel. Therefore, we must have come upon an otherwise abhorred phenomenon – a “gene-specific” trait adhering to the Germans. Goldhagen said as much.

Once we allow that gene-specific traits are possible, we follow a logical thread. Let’s describe a trait attached to the Professional Victim.

I propose the Munchousen Syndrome as possibly, just possibly, gene-specific for the Jews, based on a well-known psychiatric disorder you find in abundance in the Tribe.
This diagnostic label morphed from a German nobleman’s name who lived two hundred years ago – Baron Karl Friedrich Hieronymous Freiherr von Münchhausen – a cavalry officer who kept a century engrossed with his amazing tales. Here’s what this raconteur par excellence claimed to have happened – because he said it did:
• • He could jump on a cannon call, spy on the enemy, jump back on yet another cannon ball, and tell the troops what he discovered.
•
• • He had a dog that ran his feet to stumps and then flipped over, using a spare set attached to its back.
•
• • In a snowstorm, he tied his horse to what he thought was a convenient post. When he woke up the next morning, the snow had melted overnight and his poor horse was hanging from a steeple.
•
• • Once he laid bait with small pieces of bacon tied to a string. Hiding himself behind shrubs, he watched how a flock of geese snapped up the slippery bait from each other after it passed through their intestines, only to fly in formation, having strung themselves up in a row.

You get the drift. Munchousen sufferers exist right in your neighborhood. This form of mental aberration – the need to tell revolting tales and watch how others swallow them and then “fly in formation”- belongs to the “factitious” classification, a reference book explains.

Some people are important for what they do; a Munchousen defines his “worth” by what was done to him.

Munchousens are in need of sympathy. All of their actions have a compulsive quality. They know how to annoy and pester. The stories of their maladies won’t quit.

The aim is to become a lifelong charity. The world owes them a living because they have suffered no end.

A genuine malingerer has good reasons to want to appear to be sick. He may try to avoid the draft or jury duty, or maybe he just feels he needs an extra holiday. A Munchousen needs to be coddled. His “illness” may be a total fabrication or partial fabrication, or an aggrandizement of a legitimate but relatively minor pain.

Munchousens are very smart people. Physicians know such “patients” make intelligent decisions as to timing and disguise. Munchousens have a working vocabulary of their illnesses and are well-stocked with “facts,” limited only by the person’s information, sophistication and imagination.

Therefore, Munchousens are not above helping their “symptoms” along in such a way as not to be likely discovered. Some patients will spit in their urine so as to distort the lab findings. Others may prick their finger to show there is blood in their stools. Not infrequently, there is fairly serious self-mutilation.

Munchousen yarns are intriguing to the listener; besides, they bring amazing dividends. They grow more elaborate with each presentation. Imagination runs at a fever pitch.

A Munchousen knows how to suffer. He does so with gusto and flair.

Paradoxically, Munchousen symptoms become aggravated when a Munchousen thinks he is being observed. He can’t refrain from simulating yet another illness with even wilder symptoms than the one he just “survived” — even if the danger of discovery is known.

Most Munchousens are highly suggestible. Once they have checked into Emergency, they grab hold of additional symptoms the examiner may mention in passing. Almost all of them suffer from memory loss, hallucinations, dissociate and conversion problems if the occasion calls for a display. A Munchousen presents with great dramatic genius, but will become vague and inconsistent when questioned on detail.

One diagnostic cue is a specific Munchousen habit called “vorbeireden”–meaning they are skilled in “talking past the point.” They will give approximate answers, engage in “near misses,” or flood the listener with rapid and disjointed speech. As one physician explained this strange phenomenon:

“Asked when Santa comes, they’ll tell you, Halloween’s.” They tell you that six minus three is still six, and you are a revolting anti-Semite if you don’t agree it is true.

Sometimes, this can be self-defeating. Because of their compulsive need to beseech sympathy, Munchousens have great difficulty forming lasting relationships. They don’t have many friends. Not many people visit.

This only proves the patient’s claim he is rejected without cause by callous neighborhoods.

Hospitalization soon becomes a way of life and a magnificent obsession. Munchousens claim their particular suffering gives them the required emotional insights into others’ psychiatric disorders, and they will challenge a professional who tells them otherwise.

Negativistic and uncooperative, a Munchousen will often cause havoc on a ward by non-compliance with hospital rules. When the hospital staff becomes suspicious, the patient turns strident and often abusive.

Genuine Munchousen patients have fall-back positions. One such defense is that the person who discovered a deception must be sick.

When confronted with undeniable evidence, the patient threatens litigation, starts arguing excessively and loudly that his ailment is real and suspicions of fakery unfounded.

When all his options have run out, a Munchousen will discharge himself in haste, heading for yet another hospital, repeating his charade. He knows that what he does is dangerous at worst and laughable at best, but he will keep recycling the same story of his enormous suffering and hope that it still sticks.

This search for attention takes Munchousens from city to city in search of yet another hospital and yet another sympathetic ear, sometimes to foreign countries and even continents.

Tellingly, the Munchousen Syndrome is a disorder that can only be inferred by a skilled outside observer but cannot be diagnosed by conventional means. Diagnosis is arrived at by exclusion of all other factors.

Sadly, the literature claims, Munchousens are incurable. Much has been tried, but nothing seems to work. Said one frustrated doctor, as documented in a classic reference book:

“Perhaps the only defense the system has against a Munchousen is to tattoo his belly.”