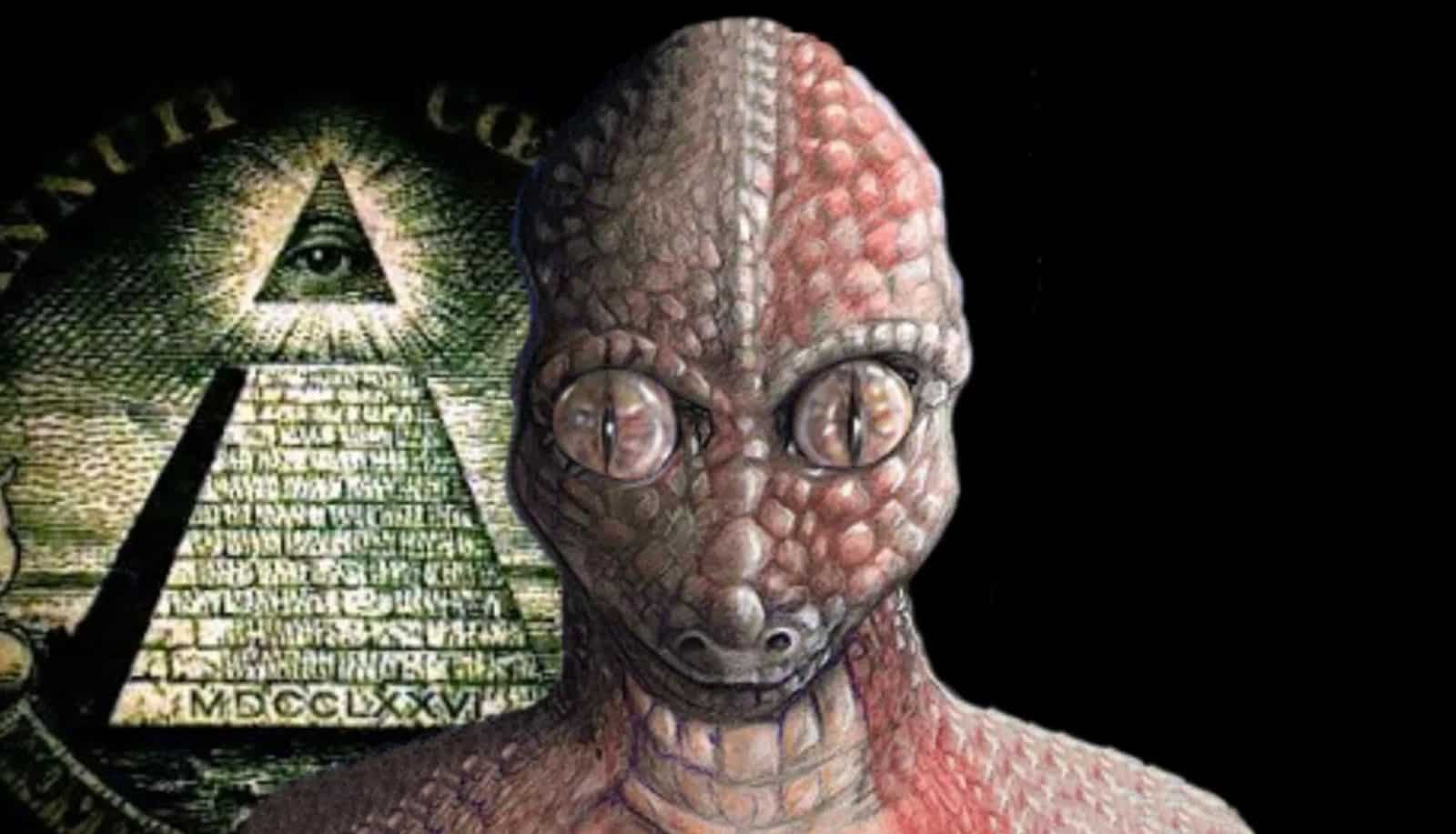 We withhold so much, just to stay alive, stay online, and publish in the Middle East and other area where our partners are under heavy scrutiny.

There are only a few of us, the VT guys with Steele, Wanta, Butler, Engdahl, Fulford and dozens, perhaps up to 200, I can’t list.  They aren’t protected.

The truth simply isn’t “out there” at all.  Worse still, those who would or should seek the truth, those hungry for something have become the worst lie addicts of all time.

They worry about imaginary invasions of sick kids from Central America, they huddle around their guns worrying about Nancy Pelosi.

The vaccine skeptics have no idea their fake leaders are financed by big pharma, the same folks VT has spent a decade tracking down to the germ warfare factories in Georgia, Romania and Kazakhstan.

Huge money pours into the anti-vaxx coffers.  Any idiot knows diseases generate more cash than vaccines.  The world is now facing, for starters, a measles epidemic, which is a Deep State experiment facilitated by highly paid off anti-vacc trolls.

The next round of diseases won’t kill the estimated 172,000 that died in 2018, a number already up to 220,000 in 2019 and it is only February.  These are real figures, measles deaths entirely due to big pharma financed anti-vaxx trolls and those who love conspiracies so much they have become not just dupes, but weaponized idiots.

Only VT stands against them.  Stupidity should be criminalized.

If you read my Saudi piece today, it is the first time hard proof of the Saudi nuclear program has been put out there.  This is another key part in the 9/11 puzzle while the fools chase nanothermite dreams fed to them by Deep State operatives that have crippled the “troofer” movement for 18 years.

Now for something more fun, with a bit of redaction.  We redact everything. Want to know why?  With few exceptions, putting real intel out there is like handing out hand grenades to 3 year olds.  Why give real information to an anti-vaxxer?  Waste of time.

redacted…I have been targeted all my life as a Russian in race replacement war, I see white genocide now as agenda after the UN Migration Pact of Dec 2018. I am fighting these jews, the global khazar mafia, owning Russia for 1130 years and spreading globally. Guess now I am fighting with the Cabal and their reptile, draco, grey, II demonic techno civilization that hss owned us since we, Russians, had blown their Atlantida some 13 years ago. Russians and Scandinavians have been targeted as we are their main enemies, the bearers of the vedic knowledge.

Just to give you an ideas, our ancestors were able to travel in space and time, this is called teleportation, they were able to communicate at a distance via telepathy, live for good, eternally, etc. We are multidimensional beings, each body is like in matryoshka, a Russian doll has a different function. The purpose of life is to grow and to evolve from 1 to next level, dimension and so on to become a star, sun, god, creator. We consider ourselves children of Gods not their slaves like in globalists’ religions imposed on us by an enemy. Those have nothing to do with the spiritual realm or universe awareness, laws, tools, etc all replaced, blocked and suppressed by them as history, medicine, technologies and virtually everything.  The techno civilization uses external devices replacing and blocking our own superpowers, so we use 5% of our abilities. They are our nemesis, like day or night in nature. Hence they are targeting advanced spiritual technologies of Northern whites like Russia and Sweden, please watch Red Ice youtube chan by an ethnic Russian and Swede couple.

If you are in contact with redacted, please tell him to not, absolutely not trust everyone posing Russian as a Russian. In 9 out of 10 cases they are not. If they are, brainwashed by christosnity, working for putin khazar mafia anyway, posing as the Cabal fighters to undermine the US to give this friction of divide and rule by the Cabal as their insiders. I will not believe there are honest people left within mafia Putin regime as he murders the best in draws.

Just have a look at the recent letter Putin’s Kremlin advisor wrote on permanent rule of Putin and on Russia, US few days ago. He goes by the name Surkov while his real name is Dudaev, he is a Chechen. Writes about the US deep state, claiming Russia has none of such problems, while Russia is occupied by them, Chechens, Armenians, Georgians but mainly Jews and Ukrainians, ganging up on us and other Russia’s natives in their hate, envy, greed against us. They had already destroyed our country 2ce in 100 years, plundering 100 trills and killing 100m people and counting.

The foreign office is run by an Armenian lavrov, was run by 3 jewish nazies linked to Bildelberg, mafia, ADL etc issues, a georgian Shevardnadze who broke up the USSR, for prev 30 years by a Ukrainisn Gromyko, jews b4 them.. Russia Today is run by an Armenian loud peasant, her right hand is Shevardnadze’s grabddaughter, a bunch of other Armenians thieves, they run many top channels. For me these are the enemies and my country is occupies by Nazi scum from shitholes, sorry, just check Armenia with its 99% Armenian population, a tiny shithole we do not have a border with and so on.

What do I want to achieve with this contact, message?  I am following daily the fight with the Cabal on various fronts. I fight with it within myself as the war is spiritual and we are all exhausted. I fight the Eurasian mafia and Putin regime. You see that we have all the dictatorships maturing, Putin’s, Nazarbayev’s, Maduro’s..but the world is sinking inti tyranny and dark ages under them as they buy and corrupt politicians, lawyers in London and DC. Almost all lawyers, firms and auditors in London at some point were working on both Russian and Kazakh cases. These are the unregulated troops of criminals who launder 4 billion dollars annually of dirty, corrupt money from the 3rd world. There is 80 tril in this cesspool in offshores. We need to return them to Russia, ex USSR, Africa etc. I know how to do it as an experienced professional. I am aware that this dirty business is there for a reason to not only extract money and resources, but gavvah, the energy of suffering and to degrade the nations’ elites to a level of monkeys like Putin, a monkey. I hope you realise that the theory that monkeys evolved into humans is wrong, it is the other way around and I see it happening in Russia.

Please HELP us!!! Our army is demoralized, run and plundered by mafia, KGB is mafia, hostile to people like other 3 or 4 armies Putin keeps to protect himself. You see the police brutality with yellow vests in France, this is global issue, the Cabal and the NWO.

Thank you so much for any help you can potentially provide to Russia, whites, Europeans.

Regretfully there are very few US educated, experienced, awoken, pugged in people who can give you such info in Russia, ex USSR or Europe. Today for instance I was reading the profile of Aliya Prokofieva who gave brilliant leaked presentation at the UN on alien spaceship. She has 3 or 4 degrees, leads private space projects in Russia but supports the future with transhumanist, AI etc – reptile, hostile technologies, while trying to do yoga and to awaken spiritually. People have to get going faster to face the enemy and to deal with them redacted….

Thank you again and all the best to you and to Robert Steele from awakening and powerful Russia after Putin khazar evil Eurasian kleptocracy.”

The figure given, as early as 2 years, as long as 10, America will be a prison.  That civilization depends on a few dozen of us here, and our partners around the world, most censored from the internet, some risking their lives daily, is a reason for fear.

Follow the numbers on measles infections.  This is simply a test.  The next one, being cooked up at the National Reference Lab in Tbilisi, Georgia, is a Swine Flu variant that will eliminate the need for 4 bedroom homes, all those schools and end our epidemic of excess aging baby boomers.

But then again, why do I put any of this here?  The world, if Facebook is to be believed, is run by brain dead housewives with 3rd grade educations.

And so it goes.