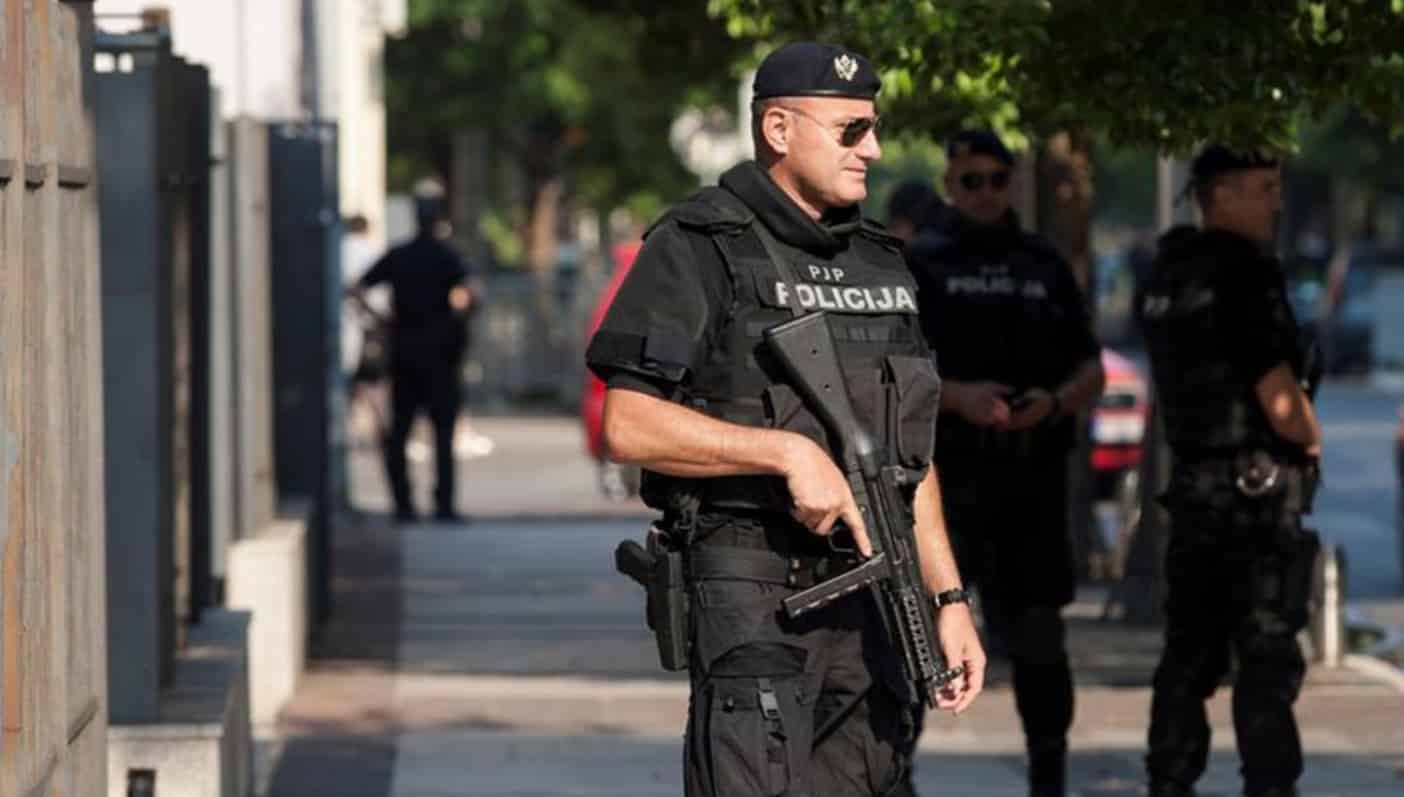 The stories below that cover the January attempt on Putin are lies.  We know that 7 Russian generals are under investigation.

As has so long been the case, Putin watchers, as with Russia watchers during the long past Soviet era, live on scant real information and make up most of what is reported.

We simply don’t know but what we do know is that Putin’s every move is a risk and that the RKM (?) wants him out of the way.

He is suspected of preparing a terrorist attack during the President Vladimir Putin’s visit to Belgrade scheduled for January 17.

According to Rossiyskaya Gazeta, the suspect was stopped on January 14 by a police patrol, who had spotted a backpack that had a precision rifle inside it. The police and the Serbian Information Security Agency searched his apartment and revealed an arsenal of weapons and all the components for an explosive device.

Security forces arrested a man in the Serbian city of Novi Pazar for planning a terrorist attack on the Russian President during Vladimir Putin’s visit to Belgrade.

The 21-year-old member of the Saudi-funded group Dava Tim Centar, 21-year-old Armin A., was arrested on Sunday in south-western Serbia.

He is a member of a Wahhabi group called Dava Tim Centar, according to several Serbian media reports. Wahhabism is an ultra-conservative, specifically Saudi-Islamic scholarly tradition of Sunni Islam, which, massively funded by Saudi funds, has found many followers in the Balkan countries in recent decades.

According to the Serbian daily Alo, Armin A. is suspected of having planned a terrorist attack during the visit of Russian President Vladimir Putin to Serbia. Putin comes to Belgrade  Thursday at the invitation of his Serbian counterpart Aleksandar Vucic.

The suspect was under surveillance was and stopped in Novi Pazar. “He was carrying a rucksack enclosing a rifle with a riflescope and several knives,” the Serbian daily Blic quotes an unnamed source from police circles.

During the search of his family house officials found, among other things, an IS flag and propaganda material of the terrorist organization. In addition, in the attic of the house, they found, “certain chemicals” and objects which can also be used for the construction of explosive devices.

The investigation will now clarify whether he was working up a detonator and what he had planned exactly. According to the media report, the Serbian security services have long had information that he belongs to a radical Islamist movement that is said to be active in the region around the city of Novi Pazar (around 70,000 inhabitants).

He is also in contact with men who are said to have planned a trip to Syria.

Armin A. has already been interrogated by the police, accused of illegal production, possession, and carrying of weapons and explosives.

According to the Serbian edition of Informer, law enforcement officers turned their attention to 21-year-old Armin Alibashich on January 15 – they became interested in his big backpack. During a search inside the backpack, the police found a rifle with a telescopic sight.

During the search, the detainee found weapons, components and equipment for the creation of an explosive device, wires, detonators and special phones. In addition, the flag of the terrorist organization Islamic State (IG) banned in Russia and extremist literature propagating its views was discovered.

The police checked Alibashich’s correspondence and found out that he was preparing to attack the Russian president on the day of his visit to Belgrade.

Al-Qaida in Bosnia and Herzegovina and other terrorist groups operate in the region, many of which originated during the Bosnian war and inter-ethnic conflicts in the territory of the former Yugoslavia. Experts interviewed by the publication believe that the detainee was associated with this organization or was in it.

“The police will take all measures to eliminate any risks,” promised Slavisa Krstic, head of the Serbian Interior Ministry’s unit for the security of foreign persons and delegations. However, he did not confirm or deny the information about the detention of Alibashich and his intentions. Later, a high-ranking source in an interview with RIA Novosti explained that Alibashich did not plan an assassination attempt on the Russian president. 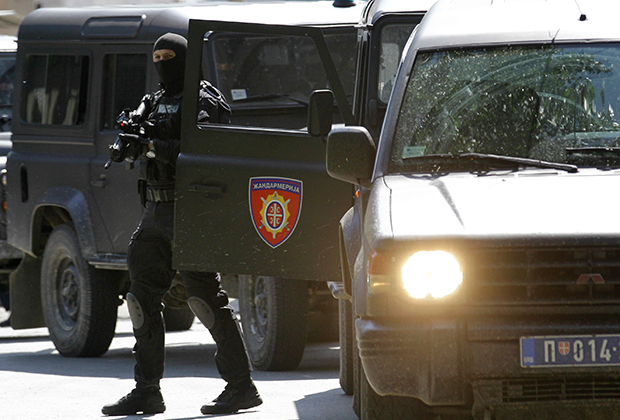 The Russian president plans to visit Serbia on Thursday, January 17

During the meeting, Vladimir Putin and Serbian President Alexander Vucic are going to discuss issues of bilateral cooperation in the fields of innovation, technological development, energy and agriculture. “Our relations will acquire a new quality, we will add new content to the agreements, which will further deepen our relations and provide certain privileges to both Serbia and Russia,” Velko Odalovich, Secretary General of the Serbian Foreign Ministry, commented on the expectations from the visit.

Attempts at the Russian President have been reported previously

According to the First Channel, on February 27, 2012, Russian and Ukrainian special services thwarted an attempt on Putin. Two suspects, Ilya Pyanzin and Adam Osmayev, were detained in Odessa after an explosion and fire occurred in their rented apartment. Initially it was reported that household gas exploded, but later it became known that the explosion occurred as a result of the actions of the men living in the house. During a search of the apartment found parts of explosive devices. As a result of the fire, the third criminal accomplice died – a native of Chechnya, Ruslan Madaev, who was to become a suicide bomber and blow up a motorcade with the Russian president inside.

After his arrest, Pyanzin was deported to Russia and sentenced to ten years in prison. Osmayev’s extradition was banned by the European Court of Human Rights, pointing out violations in his case and suggesting that he could be tortured in a Russian prison. He was released in November 2014, after the Ukrainian revolution. In 2017, he attempted to assassinate him twice, his wife Amina Okuyeva was killed in the second attempt, but Osmayev survived. 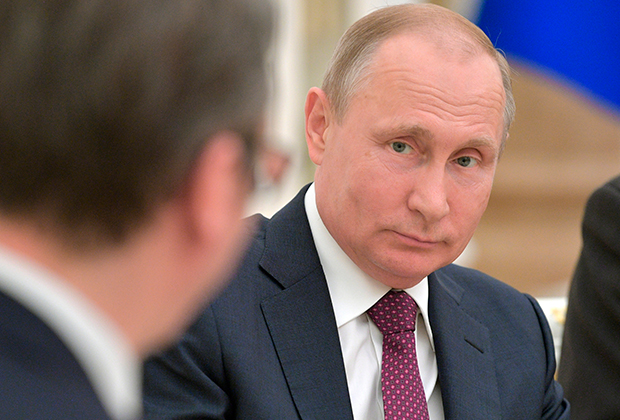 Russia is fighting with the “Islamic state” in Syria

Russian aviation has been helping the Syrian government resist the terrorists of the “Islamic State” and armed opposition units since September 30, 2015. During the operation, under the control of the IS militants, there were practically no territories left, and the group announced a new strategy: the sympathizers are supposed to attack “unbelievers” with all their might in their places of residence.

This tactic has borne fruit: the terrorists in cars drove on pedestrians, attacked civilians with knives and set off improvised explosive devices. One of the attacks of the IG in Russia was an explosion in the metro of St. Petersburg in April 2017.