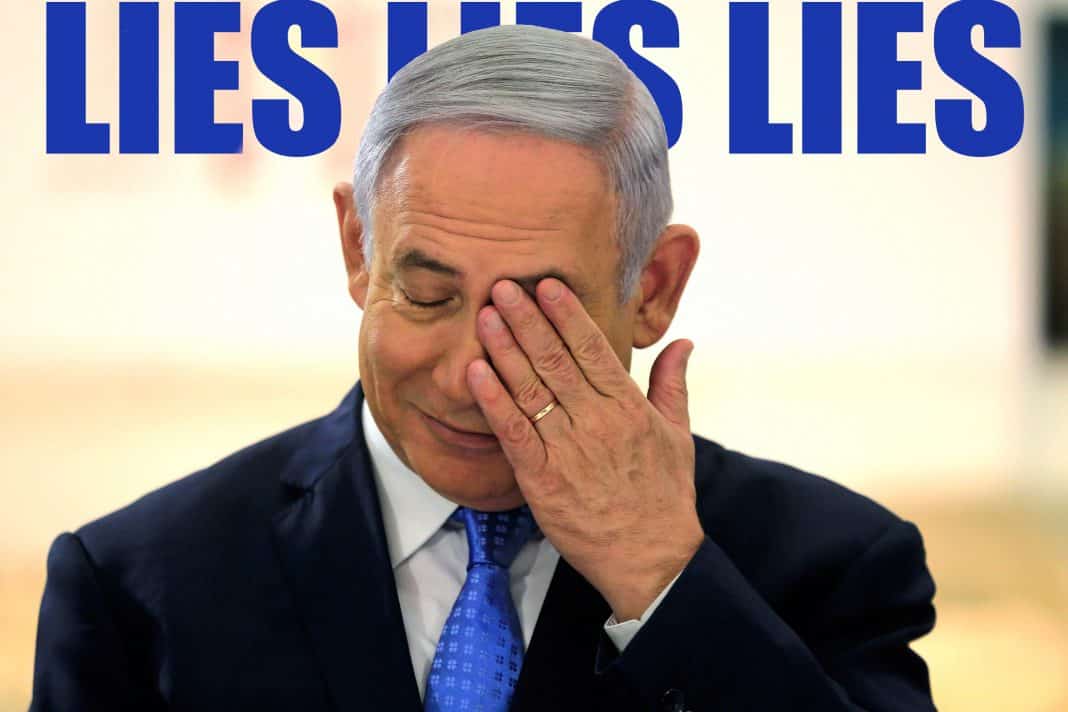 The Jewish state of Israel’s Prime Minister Benjamin Netanyahu said in a video-taped interview at the Warsaw Summit in Poland that the common interest of Israel and other nations at the summit is “war with Iran”. Netanyahu’s office removed the video of his honest religious war-mongering statement, but thankfully the video was grabbed prior to their doing so.

US Secretary of State and neoconservative war-monger Mike Pompeo said, “You can’t achieve peace and stability in the Middle East without confronting Iran.”

Many of the nations taking part in the war against Iran summit are Sunni Arab nations. Israel and its political whores from both parties in the US seem to be using the divide and conquer tactic regarding Islamic states in the Middle East. The most powerful of the Arab states, Saudi Arabia, is a Sunni Islamic state, while Iran is a Shiite Islamic state.

There has been friction leading to religious violence between these two Islamic sects since the death of the founder of Islam, the pedophile Mohammed, in 632 CE. With Israel and its lapdog, the US, siding with the Sunnis against Shiite Iran, the divide and conquer goal regarding Islamic nations in the Middle East should be evident to objective observers.

At the heart of this road to war is superstition/religion. Israel is a religious state based on the man-made “revealed” religion of Judaism. Judaism teaches many foolish and harmful beliefs and ideas. Key to this situation is the foolish and harmful belief in the superiority of Jews over everyone else on Earth, as expressed in the Hebrew Bible/Old Testament in Deuteronomy 7:6 which claims God chose the Jews as “a special people unto himself, above all people that are upon the face of the earth.”

The ancient Jews who wrote the Hebrew Bible/Old Testament wrote not only the above quote from Deuteronomy that God chose the Jews above all people, they also wrote in Genesis 17:8 that God said he gave all of the land of Canaan to Abraham and the Jews “for an everlasting possession”. And in the first chapter of Joshua they wrote that this allegedly Divine gift of real estate to the Jews for their eternal Jewish state of Israel included Lebanon and much of the Middle East. The Zionist Christian televangelist Pat Robertson wrote an article about these verses from Joshua.

The completion of the fulfillment of Israel’s Bible-based promise is seen in Deuteronomy 28:1 which states “the LORD thy God will set thee on high above all nations of the earth.” Based on this Trump and gang, by continuing America’s subservience to Israel, are committing treason against the US, since the Hebrew Bible/Old Testament clearly states Israel will be “on high among all the nations of the Earth” which includes America. So much for making America great again!

Stop and think about that for a moment. This is the 21st century. Yet, a religious state with nuclear weapons of mass destruction, the Jewish state of Israel, is based on ancient superstition-based teachings which promote the superstition of its own superiority over all other people and nations on Earth.

And this superstition-based religious state was able to get US politicians from both parties to start the Iraq War in which thousands of members of the US military were killed and wounded, in which hundreds of thousands of Iraqis were killed and which has cost American tax payers $1.1 TRILLION. Add to this the BILLIONS of dollars given every year by 21st century US politicians to further build up the military of the ancient superstition-based Jewish state of Israel, which breaks down to $10.5 million PER DAY.

Trump could pay for the wall along the US southern border by withholding the US tax dollars he’s giving to Israel for the next one and a half years. Belief in, and toleration of, religious superstitions is very costly.

The Bible-based belief that God chose the Jews above all people upon the face of the Earth is nonsense. The American founder and Deist Thomas Paine addressed this Biblical claim in The Age of Reason when he wrote:

Could we permit ourselves to suppose that the Almighty would distinguish any nation of people by the name of His chosen people, we must suppose that people to have been an example to all the rest of the world of the purest piety and humanity, and not such a nation of ruffians and cut-throats as the ancient Jews were; a people who, corrupted by and copying after such monsters and impostors as Moses and Aaron, Joshua, Samuel and David, had distinguished themselves above all others on the face of the known earth for barbarity and wickedness. If we will not stubbornly shut our eyes and steel our hearts, it is impossible not to see, in spite of all that long-established superstition imposes upon the mind, that the flattering appellation of His chosen people is no other than a lie which the priests and leaders of the Jews had invented to cover the baseness of their own characters, and which Christian priests, sometimes as corrupt and often as cruel, have professed to believe.

In The Age of Reason, The Complete Edition, Paine also tackled all of the nonsense found in the Bible. He wrote:

We need to take Paine’s advice and treat all of the Bible-based nonsense, including the Bible-based nonsense regarding Israel, as what it really is – nonsense. The US politicians from both parties already led the US into a religious war for Israel’s benefit, and for their own political benefit via the powerful and wealthy Israel lobby, with the Iraq War. Now they’re in the process of doing the same thing regarding Iran.

Imagine, and work towards, a world free of the damaging nonsense and false doctrine of the Bible! The best way to do this is to take the advice of Thomas Paine and have a revolution in religion based on our innate God-given reason and Deism! Man-made “revealed” religions and our gift from God of innate reason cannot coexist.