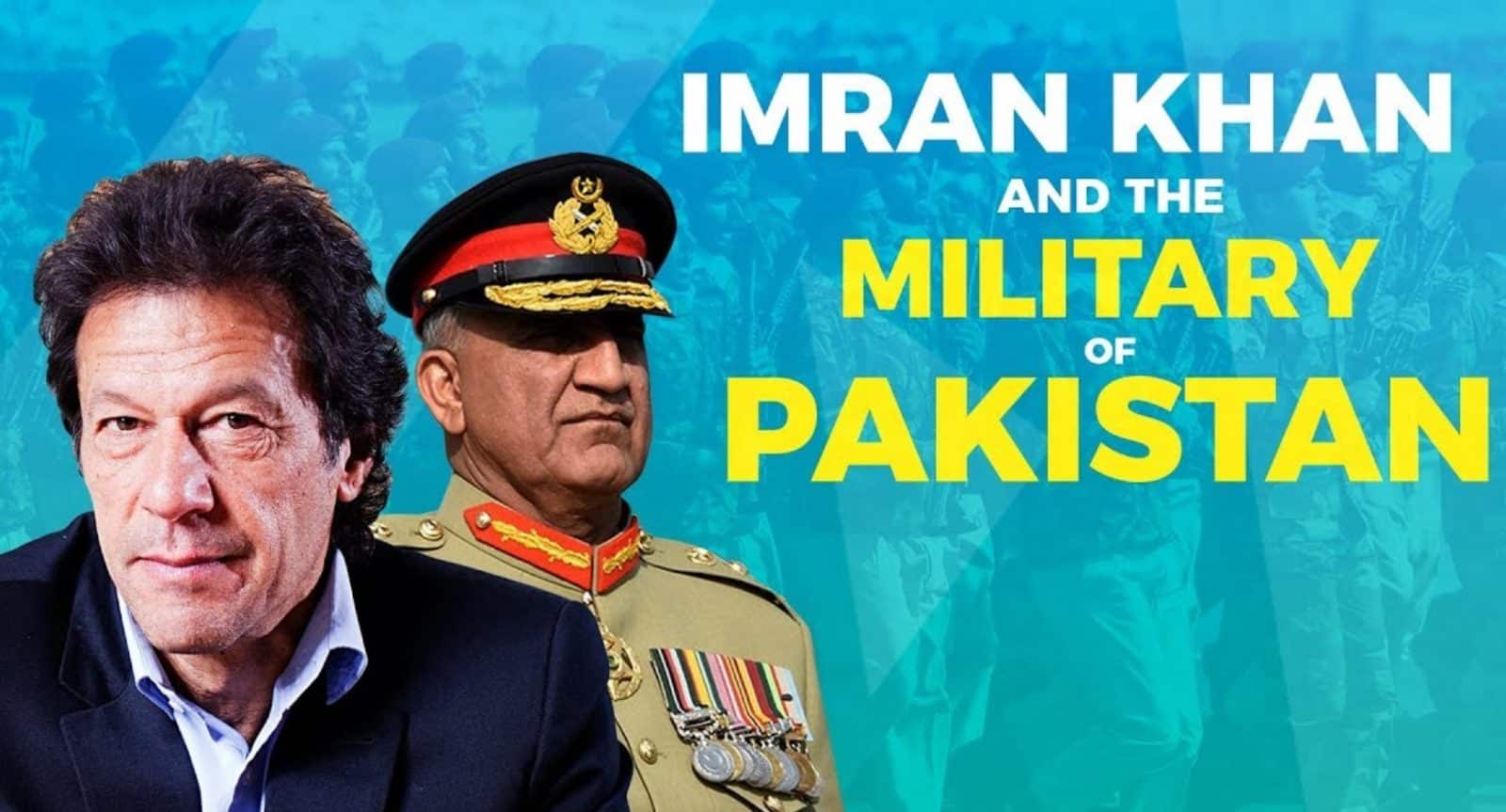 In a momentous decision on July 28, 2017, then Prime Minister of Pakistan Nawaz Sharif was disqualified from holding public office by the country’s apex court on the flimsy pretext of holding an “Iqama” (a work permit) for a Dubai-based company, and was subsequently given a ten-year imprisonment sentence, though the latter decision is subject to appeal.

Subsequently, sham elections were staged last year, in which many of the stalwarts of Nawaz Sharif’s political party were sent behind the bars and the stooge of Pakistan’s military Imran Khan and his newly formed political party emerged as clear winners, thus legitimizing the “judicial coup” against the government of Nawaz Sharif.

Although it is generally assumed that the revelations in the Panama Papers, that Nawaz Sharif and his family members owned offshore companies, led to the disqualification of the former prime minister, another critically important factor that contributed to the ouster and incarceration of Nawaz Sharif is often overlooked.

In October 2016, one of Pakistan’s leading English language newspapers, Dawn News, published an exclusive report [1] dubbed as the “Dawn Leaks” in the Pakistani press. In the report titled “Act against militants or face international isolation,” citing an advisor to the prime minister, Tariq Fatemi, who was fired from his job for disclosing the internal deliberations of a high-level meeting to the media, the author of the report Cyril Almeida contended that in a huddle of Pakistan’s civilian and military leadership, the civilian government had told the military’s top brass to withdraw its support from the militant outfits operating in Pakistan, specifically from the Haqqani network, Lashkar-e-Taiba and Jaish-e-Mohammad.

After losing tens of thousands of lives to terror attacks during the last decade, an across-the-board consensus has developed among Pakistan’s mainstream political forces that the policy of nurturing militants against regional adversaries has backfired on Pakistan and it risks facing international isolation due to belligerent policies of Pakistan’s security establishment.

Not only Washington, but Pakistan’s “all-weather ally” China, which plans to invest $62 billion in Pakistan via its China-Pakistan Economic Corridor (CPEC) projects, has also made its reservations public regarding Pakistan’s continued support to the aforementioned jihadist groups.

Thus, excluding a handful of far-right Islamist political parties that are funded by the Gulf’s petro-dollars and historically garner less than 10% votes of Pakistan’s electorate, all the civilian political forces are in favor of turning a new leaf in Pakistan’s checkered political history by endorsing the decision of an indiscriminate crackdown on militant outfits operating in Pakistan. But Pakistan’s security establishment jealously guards its traditional domain, the security and defense policy of Pakistan, and still maintains a distinction between the so-called “good and bad” Taliban.

Therefore, the Nawaz Sharif government’s decision that Pakistan must act against the jihadist proxies of the security establishment or risk facing international isolation ruffled the feathers of the military’s top brass, and consequently, the country’s judiciary was used to disqualify an elected prime minister in order to browbeat the civilian leadership of Pakistan.

Historically, from the massacres in Bangladesh in 1971 to the training and arming of Afghan jihadists during the Soviet-Afghan war throughout the 1980s and ‘90s, and then mounting ill-conceived military operations in Pakistan’s tribal areas under American pressure, leading to the displacement of millions of Pashtun tribesmen, the single biggest issue in Pakistan’s turbulent politics has been the interference of army in politics. Unless Pakistanis are able to establish civilian supremacy in Pakistan, it would become a rogue state which will pose a threat to regional peace and its own citizenry.

For the half of its seventy-year history, Pakistan was directly ruled by the army, and for the remaining half, the military establishment kept dictating Pakistan’s defense and security policy from behind the scenes. The outcome of Ayub Khan’s first decade-long martial law from 1958 to 1969 was that Bengalis were marginalized and alienated to an extent that it led to the separation of East Pakistan (Bangladesh) in 1971.

During General Zia’s second decade-long martial law from 1977 to 1988, Pakistan’s military trained and armed its own worst nemesis, the Afghan and Kashmiri jihadists. And during General Musharraf’s third martial law from 1999 to 2008, Pakistan’s security establishment made a volte-face under American pressure and declared a war against its erstwhile jihadist proxies that kindled the fire of insurgency in the tribal areas of Pakistan.

Although most political commentators in Pakistan nowadays hold an Islamist General Zia-ul-Haq responsible for the jihadist militancy in tribal areas, it would be erroneous to assume that nurturing militancy in Pakistan was the doing of an individual scapegoat named Zia. All the army chiefs after Zia’s assassination in 1988, including Generals Aslam Beg, Asif Nawaz, Waheed Kakar, Jahangir Karamat and right up to General Musharraf, upheld the same military doctrine of using jihadist proxies to destabilize the hostile neighboring countries, Afghanistan, India and Iran, throughout the 1980s and ‘90s.

A strategic rethink in the Pakistan Army’s top-brass took place only after the 9/11 terror attack, when Richard Armitage, the US Deputy Secretary of State during the Bush administration, threatened General Musharraf in so many words: “We will send Pakistan back to the Stone Age unless you stop supporting the Taliban.” Thus, deliberate promotion of Islamic radicalism and militancy in the region was not the doing of an individual general; rather, it was a well-thought-out military doctrine of a rogue institution.

Notwithstanding, although far from being its diehard ideologue, Donald Trump has been affiliated with the infamous white supremacist “alt-right” movement, which regards Islamic terrorism as an existential threat to America’s security. Trump’s tweets slamming Pakistan for playing a double game in Afghanistan and providing safe havens to the Afghan Taliban on its soil reveals his uncompromising and hawkish stance on terrorism.

Many political commentators in the Pakistani media misinterpreted Trump’s tweets as nothing more than a momentary tantrum of a fickle US president, who wants to pin the blame of Washington’s failures in Afghanistan on Pakistan. But along with tweets, the Trump administration also withheld a tranche of $255 million US assistance to Pakistan, which shows that it wasn’t just tweets but a carefully considered policy of the new US administration to persuade Pakistan to toe Washington’s line in Afghanistan.

Furthermore, Washington has also been arm-twisting Islamabad through the Paris-based Financial Action Task Force (FATF) to do more to curtail the activities of militants operating from its soil to destabilize the US-backed government in Afghanistan.

Finally, after Donald Trump’s outbursts against Pakistan, many willfully blind security and defense analysts suggested that Pakistan needed to intensify its diplomatic efforts to persuade the Trump administration that Pakistan was sincere in its fight against terrorism. But diplomacy is not a charade in which one can persuade one’s interlocutors merely by hollow words without substantiating the words by tangible actions.

The double game played by Pakistan’s security agencies in Afghanistan and Kashmir to destabilize its regional adversaries is in plain sight for everybody to discern and feel indignant about. Therefore, Pakistan will have to withdraw its support from the Afghan Taliban and the Kashmir-focused Punjabi militant groups, if it is eager to maintain good working relations with the Trump administration and wants to avoid economic sanctions and international censure.