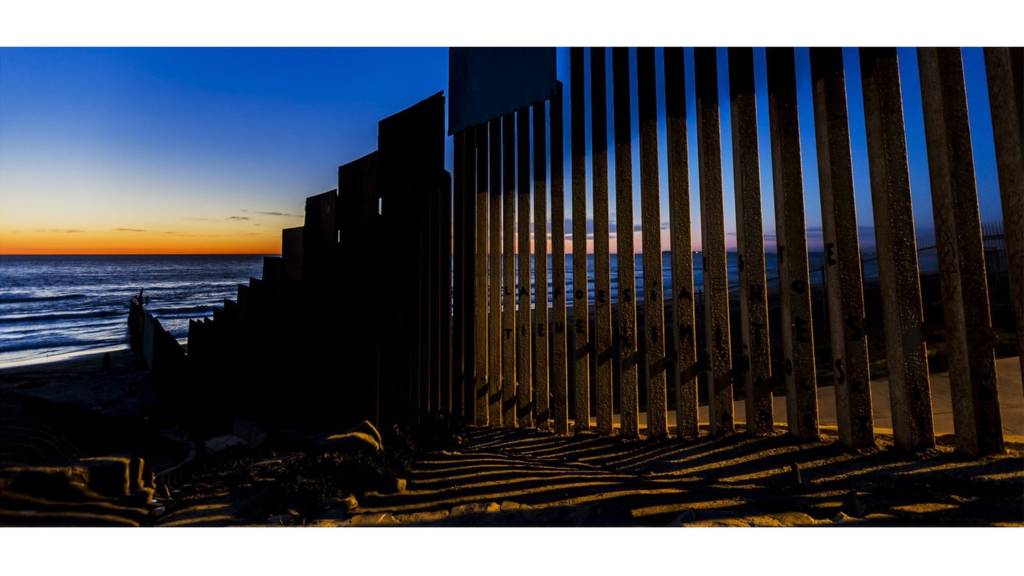 [ Editor’s Note: We had all seen this coming, with Trump getting what he could from Congress and then punching the national emergency button. So forward we go into litigation which Trumps feels he can prevail at the Supreme Court, which is where it will end up.

He will be able to say he has kept his campaign promise and even if overturned by the Supreme Court, and be able to hold his immigration base for 2020 under the mantle of “give me four more years to get the job done”.

The Dems got to save face by stopping the hiring of more ICE agents as non-enforcement of the immigration laws has always been part of their program. Its a no risk issue for their base.

An interesting twist in the story is the claim is being made now that the caravan folks in the Mexican border area are under a more crime ridden threat danger than the places they came from. Someone was scraping the barrel with that one. So I have to ask why did they chose that point of entry, and whose fault is that?

Does that mean that everybody in Tijuana has grounds for asylum, and maybe even  everyone in Mexico, on the grounds of corruption and the drug wars? We already had the one Central American lady who said her grounds were “having an abusive husband”.

You just can’t make this stuff up… Jim W. Dean ] 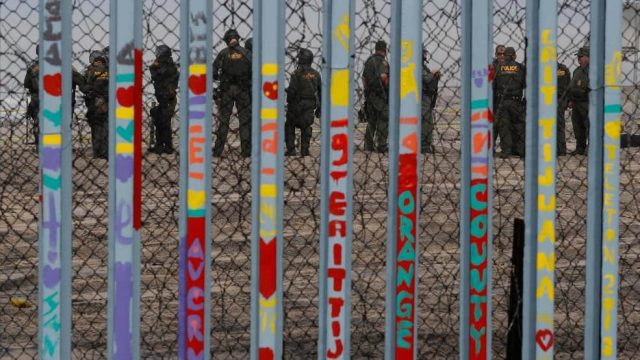 President Donald Trump has declared a national emergency, allowing him to build his long-promised border wall without congressional approval. Trump is also expected to sign a bill granting limited funding towards the wall.
–

Speaking to reporters outside the White House before the signing on Friday, Trump said he will declare a national emergency, a move that will allow him to corral funding from other parts of the government to fund the US-Mexico border wall.

The president is also expected to sign a spending bill that will avert a second government shutdown, but will only provide $1.3 billion towards building the wall, a fraction of the $5.6 billion requested by Trump late last year.

“We got so much money, I don’t know what to do with it,” he said of the bill, while stressing that the only exception was the border wall funding due to the Democrats’ position.

While the bill does provide funds for port-of-entry security and drug-detection equipment, it also includes a number of concessions to Democrats. It explicitly prohibits a concrete wall, grants amnesty to illegal immigrants in the US with unaccompanied minors, bans wall construction in several national parks, and provides no funding for hiring more Immigration and Customs Enforcement (ICE) agents.

Democrats have vowed to fight Trump’s declaration in court. While Congress could, theoretically, overturn the national emergency order, a two-thirds majority in the House of Representatives and Senate would be required, which the Democrats do not have.

“The order is signed. We will have a national emergency, and then we’ll be sued… and we will possibly get a bad ruling, and we’ll end up in the Supreme Court,” Trump said, anticipating the inevitable Democrat response.

Trump will divert funding from several Pentagon projects, as well as a Treasury Department drug forfeiture program to pay for the wall. In total, the president expects to raise $8 billion.

Leading Democrats have blasted Trump’s plans to build the wall through a national emergency. House Speaker Nancy Pelosi warned Trump that “if the president can declare an emergency on something he has created as an emergency, an illusion that he wants to convey, just think about what a president with different values can present to the American people,” before suggesting that a Democratic president could possibly declare a national emergency to tackle gun violence in future.

Trump dismissed concerns that a Democrat could use the same process. “Not too many people have said that,”he said, adding that national emergency declarations have been “signed many times by past presidents.”

While declaring a national emergency is not a common move by a US president, it is not exceptionally rare. Currently, 31 national emergencies are still ongoing, with one restricting trade with Iran in place since 1979.

For instance, Trump’s predecessor, Barack Obama, invoked his executive power to declare an emergency 10 times. Trump himself has done it three times so far.