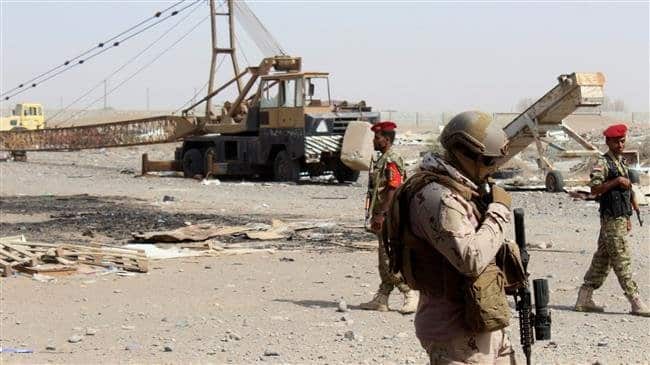 [ Editor’s Note: Haaretz steps forward to reveal Israeli’s long running contracting support not only for regime change mercenary training but assassinations. This would not be something we have seen US corporate media do here, showing how US contractors are doing the same thing.

I don’t think Haaretz is going to be charged with anti-semitism, or for being Jew haters, something reserved for the goyim press. In Zion, Israelis fight like cats and dogs, hate each other when they please, and everybody views that as totally normal and a basic right, but not for the unchosen.

The real surprise below is Haartez reporting the quote from Buzzfeed with Avraham Golan, on the Yemen targeted assassination program,  “I ran it. We did it. The plan was under the UAE auspices as part of the Arab coalition.”

This shows a man quite unconcerned about any legal blowback on running a corporate assassination campaign. He is advertising his services that, “use me and there are no repercussions”.

Don’t hold your breath on seeing any political outrage here in the US, or Mr. Golan going on a sanctions list. The Israelis have the US so blackmailed it would hurt your head, joint operations we have done with them that they can reveal at anytime, or other bombs they have in the closet.

Israel’s leading daily Haaretz says Tel Aviv is a partner to the Saudi war on Yemen and is “reaping the profits” from its partnership in the brutal aggression.

Haaretz revealed that Israeli officers are training foreign mercenaries, led by the Colombians and Nepalese, in UAE-funded camps situated in Negev Desert.

Dahlan had “visited these camps on more than one occasion to check the progress of preparations and training received by mercenaries, under the personal supervision of the Israeli occupation army officers,” the report said.

The mercenaries, it added, later took part in the Saudi offensive against the port city of Hudaydah and other conflict zones in Yemen.

‘UAE pays for Israeli training of mercs for Hudaydah battle’

The UAE reportedly finance a military training program in the Israeli-occupied territory, under which foreign mercenaries prepared for a military operation to seize Yemen’s strategic port city of Hudaydah.

American sources were cited as saying that Israel has also sold bombs and missiles to Saudi Arabia, some of which are banned.

Saudi Arabia and the UAE launched the devastating military campaign against Yemen to bring the Riyadh-backed former government back to power. The invaders have, however, failed to achieve their objective in the face of Yemeni resistance.

“Israeli cyber companies, gun traders, terror-warfare instructors and even paid hit men operated by an Israeli-owned company are partners to the war in Yemen,” Haaretz said.

Security firm AGT International, which is owned by an Israeli businessman, won in 2007 a $6 billion bid to set up surveillance systems in Abu Dhabi.

, another company set up by Israeli Avraham Golan, is also responsible for assassinations in Yemen.

Last October, Golan told BuzzFeed media company that there was a plan for targeted assassinations in Yemen. “I ran it. We did it. The plan was under the UAE auspices as part of the Arab coalition,” he said.

Saudi Arabia reportedly purchases a missile system owned and operated by Israel amid warming relations between the two regimes.

Israel has recently been working behind the scenes to establish formal contact with Saudi Arabia and its allies.

Critics say Saudi Arabia’s flirtation with Israel would undermine global efforts to isolate Tel Aviv and harm the Palestinian cause.