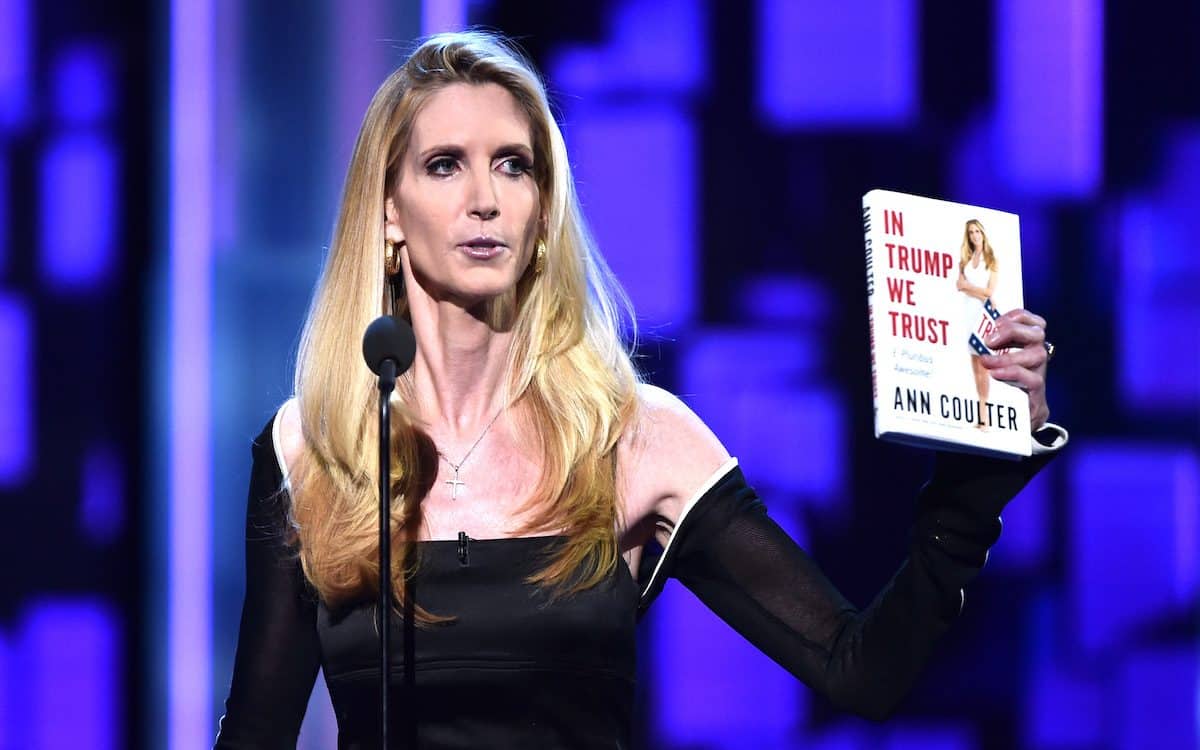 Ann Coulter, the very woman who has written books such as In Trump We Trust: E Pluribus Awesome!, in which we find chapters such as “I Don’t Care What They Say, I Won’t Stay in a World Without Trump,” is now toe-dancing and saying that Trump is a complete “idiot,” the very thing we’ve been saying for years.

Trump, according to Coulter, was “the great orange hope.” But now she is perpetuating a different message: “our president is an idiot.”[1] Coulter is slowly catching up. It took her almost three years to get to that point.

Trump seduced the masses by perpetuating the America First principle during his campaign, but we said from the very beginning that America First and the Israeli or Zionist ideology are logically incompatible. If one has to thrive, then the other has to die out. It’s just that simple.

The Israeli ideology has been the main focus of the Trump presidency from the very beginning, and Coulter herself even declared that she would love to have Benjamin Netanyahu as president of the United States.[2] What we are seeing here is that both Trump and Coulter are locked in the same Zionist ideology. Since the ideology has been incoherent and diabolical from start to finish, then both Trump and Coulter have to be incoherent as well. Coulter even invited Netanyahu to the United States to talk about the border wall issue! Coulter said:

“As a gesture of friendship, you should come to the U.S. and give a speech to Congress about your wall!”

Coulter’s statement was a response to Benjamin Netanyahu’s own assertion about the Israeli wall, which read: “President Trump is right. I built a wall along Israel’s southern border. It stopped all illegal immigration. Great success. Great idea.”

Netanyahu never told the press that Israel exists precisely because the country is standing on stolen lands as well. Coulter also could not tell her readers that perpetual wars in the Middle East and covert activities virtually all over the world are two of the main reasons of mass migration.

For example, Trump can’t allow “illegal” immigrants from places like Guatemala and Venezuela in the United States, but the United States is currently destabilizing those countries as we speak. Do you see how Coulter and Trump aren’t making sense at all?

My simple questions for Coulter are simply these: will she reimburse the people who plucked down the money to buy In Trump We Trust: E Pluribus Awesome!, which was published in 2016? How about Resistance Is Futile!: How the Trump-Hating Left Lost Its Collective Mind, which came out in the summer of last year? Or will she stop being a political puppet and ideologue? When will she “psycho-analyze” herself and realize that the wars in the Middle East have never been good for America and much of the world? When will she realize that the war in Iraq, which she risibly perpetuated was a success, was arguably one of the biggest diabolical activities in the history of the United States?