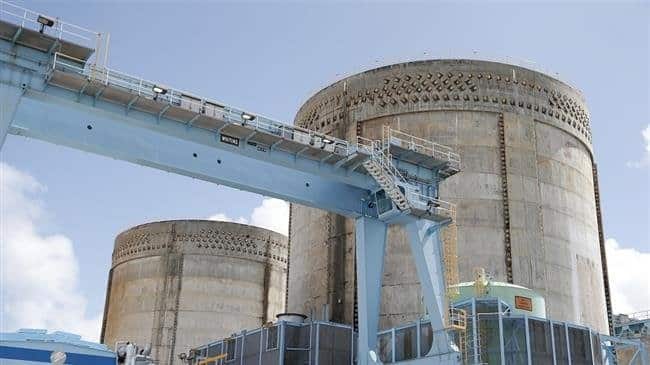 [ Editor’s Note: Ok, so now we know why Trump was soft peddling on the Kashoggi case. He has had this nuke deal in the works for some time, already doling out tickets to the gravy train to contractors in time for them to donate for his 2020 campaign.

Where did Donald get off cutting Congress out of the deal, or the usual government institutions who would be handling the selection of contractors. It seems a bit off the rails, but not for this President, a la, “It’s no fun being President if you don’t get to break the rules”.

As VT has reported, the Saudis have had nukes for some time. My guess is they want a nuclear industry so they can have a flow of weapons grade material to build an inventory of mini nukes that they can put on their intermediate missiles to rain them down on all of Iran’s key bases and infrastructure, maybe even in a joint war with with Bibi the Bombastic.

Gosh, do you think the Zios would use the Saudis to be cannon fodder in a nuclear exchange where Iran will get enough fired off to end the Royal family for a long time? And what about the disaster it would create in the Gulf, the economic ripple effect would be a tidal wave, maybe even one that would reach Israel, heaven forbid.

How much would MsB have cut Jared Kushner and family in for steering this through? I don’t think we will get to ask him as he stays away from the media now, and we know why. He has been a busy behind the scenes boy… Jim W. Dean ] 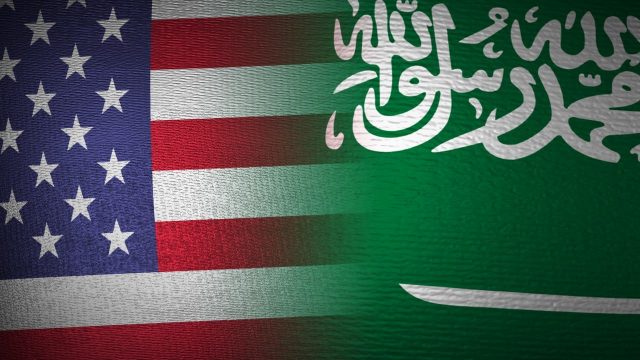 A congressional report reveals that the United States is rushing to transfer “highly sensitive nuclear technology” to Saudi Arabia, with President Donald Trump being “directly engaged” in the push.

The House of Representatives’ Oversight and Reform Committee released the 24-page report on Tuesday, listing the actions taken by the Trump administration in an attempt to win government support for American firms to construct nuclear power plants in Saudi Arabia, in what could increase the risk of spreading nuclear weapons technology.

The report is based on whistleblower accounts and documents showing communications between administration officials and nuclear power companies.

“Experts worry that transferring sensitive U.S. nuclear technology could allow Saudi Arabia to produce nuclear weapons that contribute to the proliferation of nuclear arms throughout an already unstable Middle East,” says the report.

It is shocking that Trump Administration officials would sell our nuclear secrets to the Saudis when the Saudis are supplying weapons to Al Qaeda against our troops and killing civilians in Yemen.

The House panel has opened an investigation into case. The report said the probe was “particularly critical” because the administration’s efforts to hand over the technology to the kingdom appear to be ongoing.

Trump is reportedly “directly engaged in the effort.”

Saudi Arabia boasts about its rich uranium reserves, less than a week after threatening to make nuclear weapons.

The report, meanwhile, questioned why the push was characterized by such haste.

It said the House panel had obtained additional documents bolstering earlier whistleblower concerns about potential illegalities and conflicts of interest facing top White House aides, whom it accuses of advancing the push.

The report also implicates some firms linked to the president in contributing to the drive.

US senators have introduced a resolution requiring that any deal to share US nuclear power technology with Saudi Arabia prevent the kingdom from making a nuclear weapon.

The commercial entities named are IP3 International, a private company, which has reportedly organized a group of US companies to build “dozens of nuclear power plants” in the kingdom, ACU Strategic Partners, a nuclear power consultancy group, Colony NorthStar, Barrack’s real estate investment firm, and Flynn Intel Group, a consultancy and lobby group.

It states that “within the US, strong private commercial interests have been pressing aggressively for the transfer of highly sensitive nuclear technology to Saudi Arabia.”

These commercial entities could “reap billions of dollars through contracts associated with constructing and operating nuclear facilities in Saudi Arabia,” it adds.

The report also says that private commercial interests inside the US are behind the push to trust Saudi Arabia with the “highly sensitive technology.”

Riyadh has refused to agree to safeguards, which ban it from using nuclear technology for military purposes.