London and Moscow (CNN)Senate investigators want to question a Moscow-based American businessman with longstanding ties to President Donald Trump after witnesses told them he could shed light on the President’s commercial and personal activities in Russia dating back to the 1990s, multiple sources have told CNN.

(Video below, which Trump’s claims is fake, shows 1996 visit that makes him a liar’s liar:)

The Senate Intelligence Committee, which is probing allegations of Russian interference in the 2016 elections, has been keen to speak with David Geovanis for several months, the sources say.

Years later, Geovanis worked for the Russian oligarch Oleg Deripaska, whose ties to Trump’s 2016 campaign chairman Paul Manafort have also been of interest to investigators.

A third witness has alleged in written testimony, seen by CNN, that Geovanis may be valuable in the mystery of whether Russia has material on Trump that could be personally embarrassing to him. 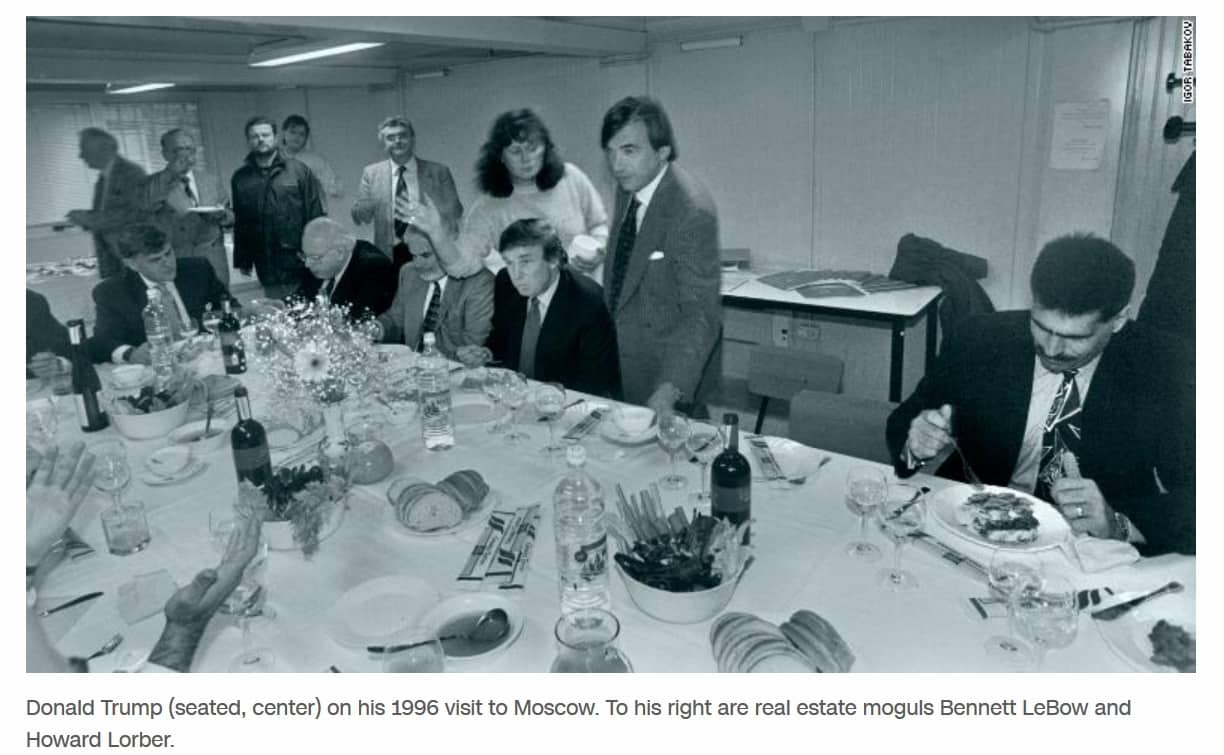 Lorber has already been linked to the Senate investigation into Russian meddling in the 2016 elections. The New York Times named him earlier this month as one of the Trump family associates who spoke with Donald Trump Jr. from blocked numbers around the time of a highly scrutinized 2016 meeting at Trump Tower in New York.
That meeting was attended by top Trump campaign advisers — Trump Jr., the President’s son-in-law Jared Kushner, and Manafort — and Russian lawyer Natalia Veselnitskya, who had promised dirt on Trump’s election opponent, Hillary Clinton. Lorber has not responded to multiple calls for comment.
read more at CNN
and from the Daily Beast:
Trump White House Is Forcing Interns to Sign NDAs and Threatening Them With Financial Ruin

Not even the interns are exempt from the legally dubious rite of passage that is signing a Trump NDA.

When the Trump White House welcomed its newest batch of interns earlier this year, the director of the internship program, Zoe Jackman, did what administration officials normally do when fresh blood arrives: She warned them against being “leakers.”

Soon enough, according to three sources familiar with the process, a representative from the White House counsel’s office materialized to greet the newcomers, and to demand what the Trump White House has required of so many other interns and senior officials.

Upon orientation, the interns signed their very own non-disclosure agreements (NDAs), with the envoy of the counsel’s office warning them that a breach of the NDA—blabbing to the media, for instance—could result in legal, and thus financial, consequences for them. Interns were also told that they would not receive their own copies, these sources said.

This was all a standard facet of the Trump intern orientation process, billed as an “ethics training”—underscored by implicit legal threats from President Donald Trump’s in-house lawyers.