Members of Israel’s Labour party went to the polls on Monday to elect the party’s Knesset slate. The latest surveys show that the Likud party, which dominated Israeli politics for its first three decades of statehood, is likely to see modest results in April’s election.

Some members of the party have voiced concerns that the primary could be the last chance to save the party from oblivion as recent polls suggest it could win as few as five seats in the next election.

On Sunday, the party’s chairman Avi Gabay urged party members to go and vote. According to media reports, some 60,000 voters were eligible to cast their ballots at 84 polling stations across the country. They were able to choose up to 10 out of the 44 candidates.

Radio Sputnik has discussed Israeli elections with Henrique Cymerman, an Israeli journalist of Portuguese and Spanish origin and author of the book “Voices from the Centre of the World: The Arab-Israeli Conflict told by its Protagonists” and Labour party member.

Sputnik: What is your assessment of your party’s chances in the upcoming election? 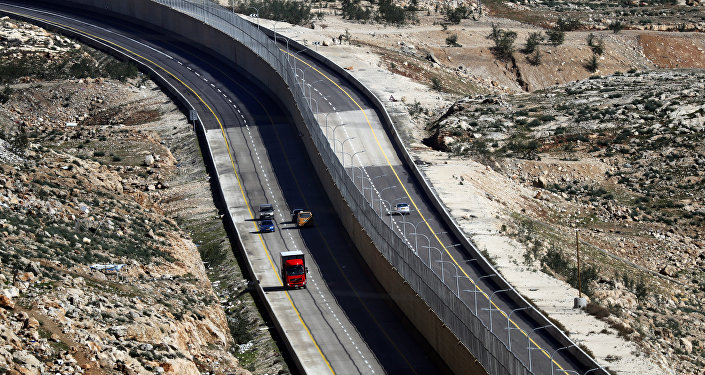 Henrique Cymerman: Well, you know we still have [around] 60 days until the elections and in Israel, it is an eternity — so everything is possible. Until the end of this month, all the Israeli parties are going to present their lists. Some may choose them with primaries like us in the Labour Party; in others — the leader decides who will be the candidate.So we still need to see who are the people, the chosen ones in the lists and the different alternatives. We also have new parties in the centre, two main parties, one of them led by the Former Chief of Staff Benny Gantz, who is a very popular person. And I think there is a chance, after a lot of time, for the first time, of a change in Israel in the elections next April.

Sputnik: What are the main issues and platforms that are going to be really the decision-makers as far as who is going to vote? It is very interesting that actually many experts that we have spoken to have already echoed your thoughts on the fact that 60 days is a really long time and that, generally speaking, in Israel it is too early to say what is going to happen, but perhaps you can outline some of the primary issues that are up for debate and the platforms that are being put forward.

Henrique Cymerman: Well, you know, polls, in general, are problematic a long time before elections. And we know it here; many ‘revolutions’ happen in the last days before the elections. Now the platforms today are quite clear. I think there are two main alternatives: one, the right-wing one, which is the annexation of the West Bank, really.Some of the members of the Likud party, the government party, they think that is the best answer, the best possibility. And there is the centre-left and the left in Israel, who want to define the new borders of Israel after a peace negotiation with the Arab world in general and with the Palestinians specifically — and that is maybe the main difference.

Then there is another issue which is quite important, which is the social issue. I would say today Israel is a very strong country with a very strong economy, but also with a very strong and high social gap. So I think this is another of the matters that is going to be on the table: how to reduce these gaps? And again the centre-left will try to do it as much as we can. And I suppose Likud will prefer the status-quo.

Sputnik: What would you say Likud is so popular for? Is it because of their stance on the West Bank? Or is it some social, economic stances that they have displayed? I am just wondering: has public opinion really shifted in recent years or at least this past year, in any case, regarding the Likud party after all the scandals surrounding Benjamin Netanyahu and his wife and so forth.

Henrique Cymerman: Absolutely. I think we are not able yet to see and to perceive in a proper way what will be the repercussion of these corruption investigations that are going on. [There are] three investigations with three state witnesses from the environment of the prime minister, who are going to be witnessing against him. So we should wait and see exactly what happens there. I know that some of the charges will be presented this month, apparently — so it will be before the elections. And maybe also, this has a kind of implication on the results.

READ MORE: Israel: Will The Palestinians Topple the Premier?

Anyway, in general, why has Likud been ruling Israel in the last decades? Why has Benjamin Netanyahu been the prime minister for 13 years, really until now? I think it is related with the Second Intifada. You remember the second uprising in the year 2000? There was a wave of suicide bombers sent into the Israeli streets — in Jerusalem, in Tel-Aviv, in Hadera, in Netanya — in many cities there were like suicide bombers, really human bombs who came simply to kill civilians. And I think this is something that many Israelis are afraid will repeat itself in the future and they want to avoid it, and they believe that Likud which is the strongest option will avoid it.

The fact is, today we don’t have this reality. But anyway, I think at the same time, some of these Israelis that even support Likud are concerned, because they understand that to keep Israel as a Jewish state and as a democratic state, there is a need for borders in the West Bank and there is a need for an agreement with the Arab world. And there are chances today of getting a regional agreement, not only with the Palestinians but also with the general Arab world led by Egypt, Saudi Arabia, the Emirates, and Jordan.So I believe there is a kind of confusion still also about the place of Benjamin Netanyahu in the government. I believe that even in Likud there are certain movements and [some forces] trying to think about alternatives in the case that Netanyahu will finish his political career soon, which is a possibility. So I think everything is very fluid now and it is very difficult to say what is going to happen. There is an alternative in the centre, in the centre-left being created mainly by three parties. One of them is the Labour party, my party. And I believe that these three groups could become an alternative to the right-wing government.

The views and opinions expressed in this article are solely those of the speaker and do not necessarily reflect those of Sputnik.