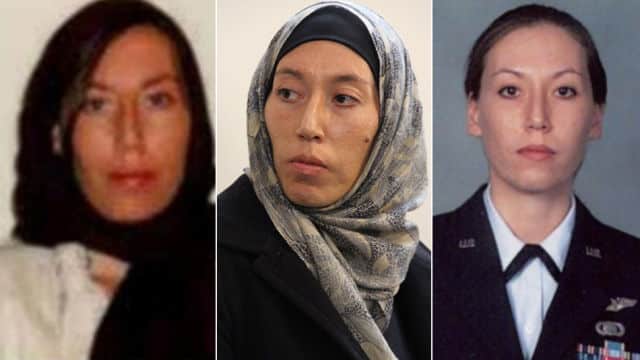 
Mark Dankof is the former 36th District Chairman of the Republican Party in King County/Seattle. He was an elected delegate to Texas State Republican Conventions in 1994 and 1996 and entered the United States Senate race in Delaware in 2000 as the nominated candidate of the Constitution Party against Democratic candidate Thomas Carper and Republican incumbent William Roth.

Jonas E. Alexis: Mr. Dankof, you seem to have a different view on the Monica Witt spy case as well the recent Marzieh Hashemi debacle. I have read Gareth Porter’s Manufactured Crisis: The Untold Story of the Iran Nuclear Scare, and it is a fairly honest treatment on the lies that the Israelis have perpetuated over the years.

But it is fair to say that people like Porter have tried to please the Powers That Be, namely, the Council of Foreign Relation, “the Rockefeller-funded think tank that had a monopoly on foreign policy from the time FDR destroyed America First in the days immediately following Pearl Harbor until the 2003 Iraq War, when the Neonconsertive faction took over American foreignpolicy and started running it as an adjunct of the Likudnik Party in Israel. The CFR crowd has been longing to regain control of America’s foreign policy ever since the debacle in Iraq.”[1]

This issue became very clear when Mark Glenn mentioned that ‘Judaism is nobody’s friend.’ To Porter, that was a categorical mistake. As Jones puts it, “If Glenn had said ‘Zionism’ instead of ‘Judaism,’ he might have evaded—for a while, at least—the ire of the thought police, but the distinction is ultimately immaterial. Mr. Porter’s claim that he was shocked—shocked!—that someone at a conference in Tehran would say that ‘Judaism is not their friend’ was about as convincing as Claude Rains’ claim that he was shocked to learn that gambling was going on in Rick’s Café American.”[2]

I would highly encourage people to read E. Michael Jones’s 2014 piece on Porter entitled, “The New New World Order.” Can you clear some of those issues for us here?

Mark Dankof: One has to be oblivious to international and national news stories not to be aware of the breaking Monica Witt spy/treason/defection case involving this young Texan lady in the United States Air Force’s Office of Special Investigations (OSI).  News agencies are reporting en masse that “Individual A” in the 27 page Federal Grand Jury Indictment in United States District Court is thought to be Marzieh Hashemi, the Press TV News Anchor in Tehran.

Hashemi is the former Melanie Franklin of New Orleans and still an American citizen.  When she was recently arrested in St. Louis at the airport and subsequently detained without charges in Washington, D. C., I and others wrote honest op-eds in defense of her work as a journalist.  Mine may be accessed on this very website.  It will remain there.

Nonetheless, articles emerging in places like Clearance Jobs prove increasingly damning to both Witt and Hashemi.  The case for espionage and treason by two American citizens on behalf of a foreign power seems powerful.  I have read the entire 27 page Grand Jury indictment with an eye on the media reports.  None of it is good.  All of this will soon be discussed publicly on National Bugle Radio on the Republic Broadcasting Network with host Dr. Patrick Slattery.

The New Horizon NGO of Iran is also under the official sanction of the U. S. Treasury Department as having been a willing front in this espionage/treason affair aimed at the United States.

This is especially interesting to me, given the multiple invitations issued to me by this organization in years past for journalistic conferences in Tehran, including the time Monica Witt was in attendance in 2012.  But the Iranian government always managed to never issue me a visa, despite the fact that all of the official paperwork was submitted on time. 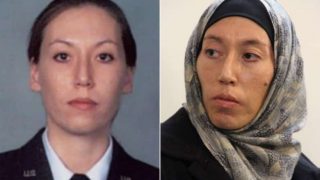 I chalked this up to the fact that my status as a member of the NRA and a critic of the Marxist-oriented Black Lives Matter, an organization Marzieh Hashemi has been working closely with, didn’t fit what the New Horizon Conference organizer, Reza Montazemi, was aiming for.

I also suspected my late Father’s past as an Air Force logistics advisor in Iran for the Shah’s Air Force in the last 5 years of the Pahlavi regime might have made the Iranian government suspicious of my own possible links to American intelligence.

But 2014 confirmed that it went way beyond that, with the catastrophic public relations nightmare that befell Iran and the New Horizons NGO in the so-called Gareth Porter/BuzzFeed/New Horizons/Reza Montazami debacle.  Dr. E. Michael Jones of Culture Wars wrote the real inside story on that insidious mess in the December 2014 issue.  It was all stripped bare for all to behold in the cover story, entitled The New New World Order.  Yes, that’s Marzieh Hashemi, a.k.a. Melanie Franklin on the cover with Gareth Porter, whose own nefarious role over 4 years ago in Tehran is completely exposed in Culture Wars.

Marzieh Hashemi took personal charge of making assurances to me that my visa wouldn’t fall through the cracks again in 2014, as it had repeatedly for a series of years in the past.  But it didn’t happen. And she disappeared without a subsequent trace or apology to me.

Nonetheless, I can understand how she was caught up in things that year that went well beyond her authority or ability to make right.

[I can also understand why Reza Montazemi of New Horizon NGO stopped talking to me after a 2014 conference call he set up with Mark Glenn and Mark Dankof with Ken O’Keefe as intermediary with video and sound.  Montazemi later brought Mark Glenn to Tehran in an attempt at reconciliation.  E. Michael Jones later made it after the Culture Wars cover story he penned on the Gareth Porter/BuzzFeed/New Horizon/Reza Montazemi incident.  I never did.

I must confess what I told Montazemi to his Skype video face in that conversation, albeit true, did not comport well with being a Lutheran pastor (smile).  But he knew I was finished with him, and subsequently he with me.

But in 2019, allegedly being involved as an American citizen as a knowing operational liaison between Islamic Republic of Iran intelligence and an American USAF/OSI technical sergeant from Texas bent on betraying her country and her oaths, Marzieh Hashemi has lost all credibility with me as a human being and an independent journalist and activist. Her dropping of all communication with me after the Gareth Porter/BuzzFeed/New Horizons/Reza Montazemi circus of late 2014 takes on new meaning with what continues emerging in the Monica Witt spy affair.

I want to make it clear that I am proud of my past appearances on Press TV, and the things I and other honest American journalists have been allowed to bring forth globally there over the past decade on the New World Order, Zionism, and the hijacking of the American government by the Israeli government and its Lobby in the United States.  I do not apologize for any of it.

But much as I am sickened by the sellout of the people of the United States by who it is that controls the globalist American political elite enamored of fiat money; wars for Israel; false flag operations; and illegitimate aggression against Iran, Russia, Ukraine, Syria, Palestine, Libya, and Venezuela among others, I cannot endorse work in a journalistic context with people involved in espionage and treason against my own country and ironically enough, what was their own. If I could, I’d work for the Israelis.  Their pay scale is much better.  They have a good retirement plan also.

Marzieh Hashemi has given the Anti-Defamation League of B’nai Brith, the Southern Poverty Law Center, Israeli intelligence, the Bolton/Pompeo/Elliott Abrams War Party, The Daily Beast, BuzzFeed, and the entire Neo-Conservative American MSM a propaganda field day. She has betrayed Americans across the political spectrum who risked their lives and livelihoods to speak the truth to the people of the United States and the world on what was involved in 9-11 and in all the events that followed by appearing on Press TV. Her recent attempt to paint her detention in Washington as a case of white racism against all black folks and Muslims is straight out of the Black Lives Matter playbook. It is also, sadly enough, now a transparent case of complete nonsense.

That shall be the ultimate irony of this entire episode, with future innocent victims on both sides in the war that is coming an absolute guarantee.